The GHA marked World AIDS Day on Wednesday with a drive to raise awareness of the disease.

HIV remains a major public health issue and in 2020, 37.7 million people globally were found to be living with HIV with a further 1.5 million new infections.

The theme of World AIDS Day 2021 is “End inequalities. End AIDS” with a special focus on reaching people left behind.

The World Health Organization and its partners are highlighting the growing inequalities in access to essential HIV services.

To raise awareness in Gibraltar, red ribbons were distributed to the public on Wednesday from the Primary Care Centre and St Bernard’s Hospital.

Early detection and diagnosis are crucial.

People who are diagnosed early with HIV receive effective antiretroviral therapy (ART) medication and will go on to have a normal life expectancy.

They are also protected from passing HIV on to others because effective treatment reduces the virus in the body to an undetectable, untransmissible level.

However, those who are diagnosed late may suffer from severe immunosuppression, which is associated with an eight-fold higher risk of mortality. 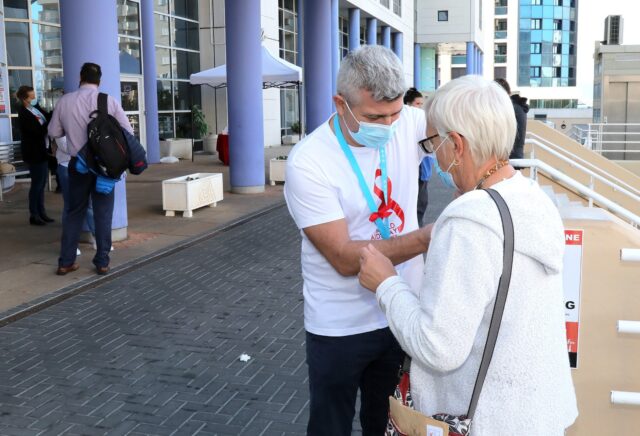 In Gibraltar, there are people living with HIV, including some cross-frontier workers.

The GHA has a team focused on diagnosing, treating and caring for people living with HIV.

The team includes a visiting consultant specialised in HIV and infection control practitioners, working alongside a clinical nurse specialist in sexual health.

This year, the GHA’s focus is on promoting testing, prevention and treatment.

AIDS is a term that applies to the most advanced stages of HIV infection.

As more people access ART, most people living with HIV do not progress to AIDS.

However, it is more likely to occur in people with HIV who have not been tested.

The importance of getting tested and knowing your HIV status is paramount for early detection, early treatment and normal life expectancies.

Anyone exposed to HIV can access the GHA’s Sexual Health service through the Well Person Unit for regular testing that will provide the necessary tools to help prevent HIV infection, protecting themselves and their partners. 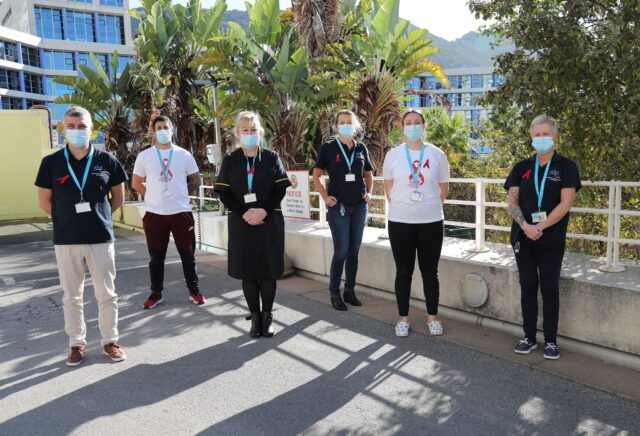 The Well Person team offer non-judgmental advice on preventative measures that people should take to avoid contracting and transmitting HIV and other sexually transmitted infections.

The most important message is to use condoms to protect against HIV and other infections.

The team stress the importance of regular sexual health screening, including for HIV, to those who are sexually active and who have multiple partners.

“This World AIDS day I strongly encourage anyone concerned about their sexual health to arrange an appointment with our excellent and dedicated team.”

“Testing is free and simple, and is vital for anyone who has been exposed or feels they may have been exposed to HIV to ensure that they continue to live normal and healthy lives.”

The HIV test is a simple blood test.

The Well Person Unit is located in the Primary Care Centre and offers confidential and anonymised testing for HIV and other sexually transmitted infections.

Those wishing to book an appointment may do so by telephoning 200 07842.