Locally-based climber Simon Kirkpatrick is currently climbing Ama Dablam in the Himalayas in a bid to place the Gibraltar flag on the summit of the mountain.

In fact, if all goes according to plan, he will climb both Ama Dablam and Island Peak.

Mr Kirkpatrick arrived in Kathmandu last Sunday and made good progress on his journey so far. On Thursday he was in Namche Bazaar where he got his first good view of Mount Everest and Ama Dablam. 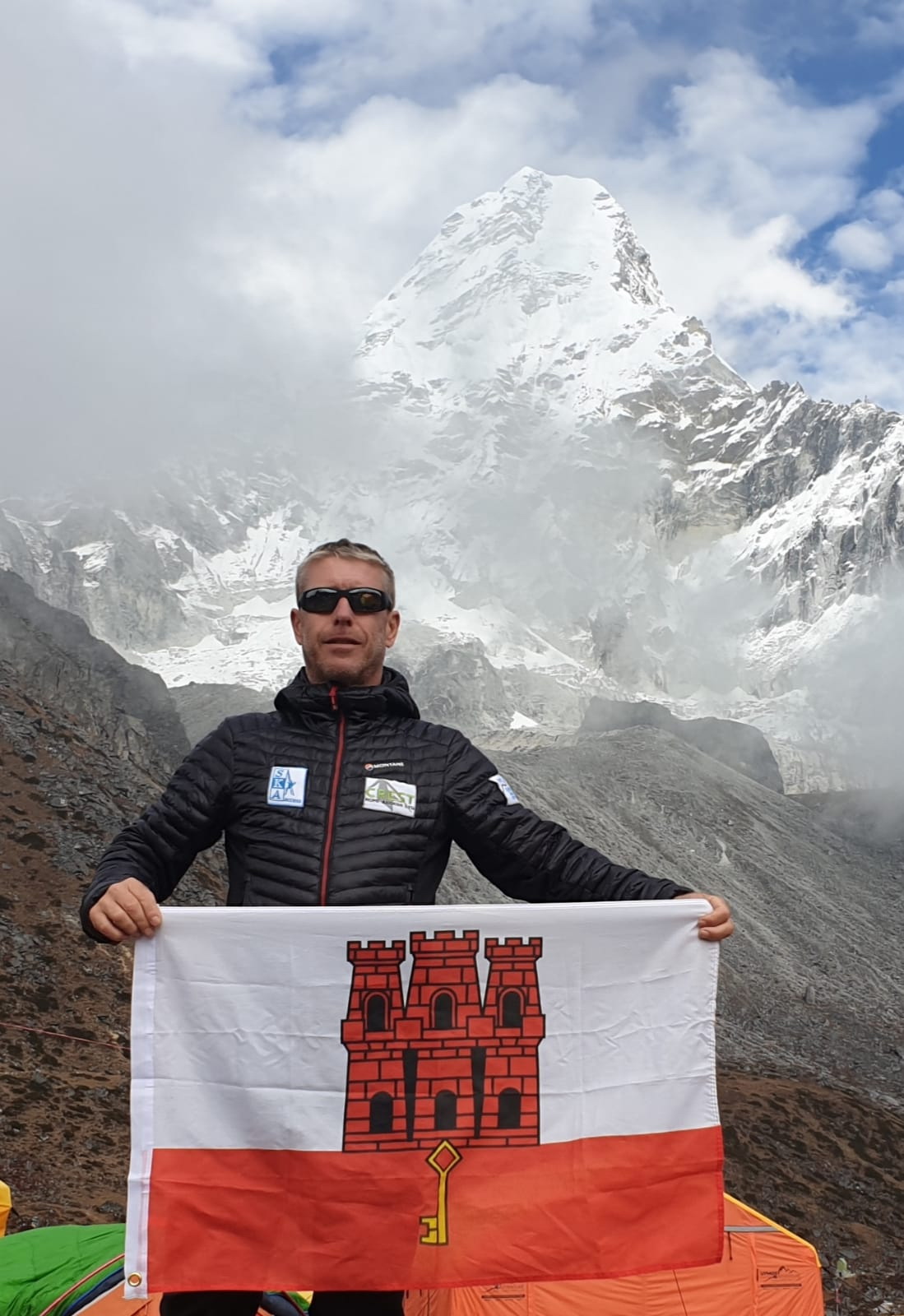 On Friday he advanced through the Khumbu to Pangboche and he reached Ama Dablam base camp on Saturday.

When he reached there, he told the Chronicle that there were good views initially but then snow soon returned as did a storm.

He spent the past two days and will spend the next eight preparing for the accent with camp rotations. This gives him plenty of time for the weather to improve he said.

Mr Kirkpatrick has been climbing since 1983 and while he is not originally from Gibraltar, he has lived here for over 30 years.

It is because of his affection for Gibraltar that he wants to place a flag on the top of the mountain.