Gibraltar Scouts will form part of VE Day 75 – celebrating the 75th anniversary of Victory in Europe in an international commemoration marking 75 years since the end of World War II. Over one thousand pipers in 28 countries will be taking part in this commemoration from the safety of their homes on Friday. Here in Gibraltar, a Gibraltar Scout Piper, will be playing from Governor’s Lookout Activity Centre, and will join all other pipers from around the world at 3pm to mark the end of the war in Europe on 8 May, 1945.
The event has been organised by Pageant Master Bruno Peek and his dedicated team. The
commemoration will see the playing of ‘Battle's O'er and VE 75 Years’ by pipers around the world and those throughout the United Kingdom, Channel Islands, the Isle of Man. In all 28 countries, including Gibraltar will participated in this unique aspect of the 75 th anniversary of VE Day.
‘Battle's O'er’ is the traditional March played by pipers at the end of a battle and VE 75 Years was especially written for this occasion by Pipe Major Roger Bayes, City of Norwich Pipe Band, Norfolk, England, as his contribution towards this unique anniversary.
The Scouts in Gibraltar are very proud to be officially registered for these celebrations said Scouts Commissioner Mark Rodriguez.
In August 1914 Gibraltar Scouts enrolled for War service. They worked in the fortress as messengers at the naval, military and civil works. The Naval Dockyard, Regiments, Army Service Corp, Ordinance, Press Censors Office and the Captain of the Port employed Scouts. Scouting mobilized before the military.
Mr Rodriguez confirms that further reports that Gibraltar Scouts were used as messengers, signallers and ambulance men assisting in the landing of casualties at Gibraltar and their conveyance to hospitals during the First World War.
“We will remember them. Members who have given service to Scouting and their community,
especially those who have suffered through conflict,” he said.
Meanwhile Pageant Master Bruno Peek commented on the fact that over one thousand pipers in 28
countries were taking part from the safety of their homes during this difficult time in all our lives showed the determination and strength of the family of piping throughout the world.
“They want to pay tribute to the many pipers that lost their lives during WWII, along with the many, many millions at home and abroad that gave and sacrificed so much to ensure we all share and enjoy the freedom we have today, and feel sure I will have a tear in my eyes on the day, knowing that these pipers are playing this together at this special moment in time. I am so proud of them,” he said. 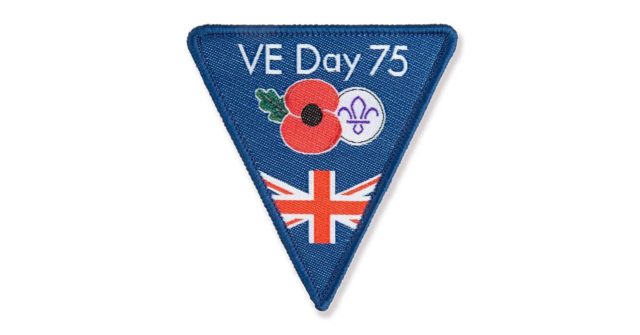 SCOUTING DURING THE WORLD WARS

As Britain entered the First World War on 4 August 1914 Robert Baden –Powell founder of the Scout Movement, volunteered Scouts to support the war effort, they weren’t to have a military role but could undertake work which released men from service in the Armed Forces.
The skills the boys had learned through Scouting proved very useful in carrying out a range of jobs. It is important to remember that in 1914 the age range for Scouts was 11 to 18 years. The majority of scouts undertaking war work would have been aged 14 to 18 years old as the school leaving age was 14 and Scouts were discouraged from missing school. In August 1914 Gibraltar Scouts enrolled for War service.
They worked in the fortress as messengers at the naval, military and civil works. The Naval Dockyard, Regiments, Army Service Corp, Ordinance, Press Censors Office and the Captain of the Port employed Scouts. Scouting mobilized before the military.
Further reports confirm that Gibraltar Scouts were used as messengers, signallers and ambulance
men assisting in the landing of casualties at Gibraltar and their conveyance to hospitals during the First World War.
In July 1918 Patrol Leader Andrew Pereira of the 5th Gibraltar Sea Scouts was awarded the Boy
Scout’s Gilt Cross for Gallantry for capturing a German spy on the Detached Mole when on coast
watching duties. A good number of the Gibraltar Scouts received a special ‘War Service Badge’ from the authorities at the conclusion of the First World War for their valued contribution during the period of the war.
With the break of the Second World War the Admiralty requested Scouts to volunteer for Convoy
Signaller and other war duties.
Scouts and Scouters were busy with National Service in Gibraltar. They worked in sections in the
Gibraltar Defence Force, in the St John’s Ambulance, in the Auxiliary Fire Service and other Civil Defence schemes. Sea Scouts were responsible for the Dockyard Special Messenger Service and maintained a day and night rota for duties as messengers at the Admiralty.
Other Gibraltar Scouts temporarily suspended their Scouting activities to serve in the Anti-Aircraft Section of the Gibraltar Defence Force, the Royal Army Medical Corps, the Royal Army Service Corps, the Royal Corps of Signals and with Coastal Defence work. Scouts provided the whole of the messenger service, as well as serving with rescue parties and decontamination squads. It is estimated that 250,000 members of the Movement in Britain went to fight in the World Wars. It is also estimated that 10,000 did not return and now lie in war graves across western Europe.
During the First World War fifteen members were decorated with the Victoria Cross for their great courage and acts of bravery. We will remember them. Members who have given service to Scouting and their community, especially those who have suffered through conflict.