Students from Bayside and Westside Schools are back in Gibraltar after participating in a visit to the UK institutions and Commonwealth organisations in London.

The visit by the nine students was organised in conjunction with Albert Danino and Ivan Navas who accompanied the group together with their teachers.

The students were able to visit the Houses of Parliament where they met with Lord Kinnoull, the Chair of the House of Lords EU Exit Committee.

They were also given a talk by former MP Andrew Mackinlay and by the Deputy Chief and Head of Strategy of the Commonwealth Parliamentary Association Helen Haywood. 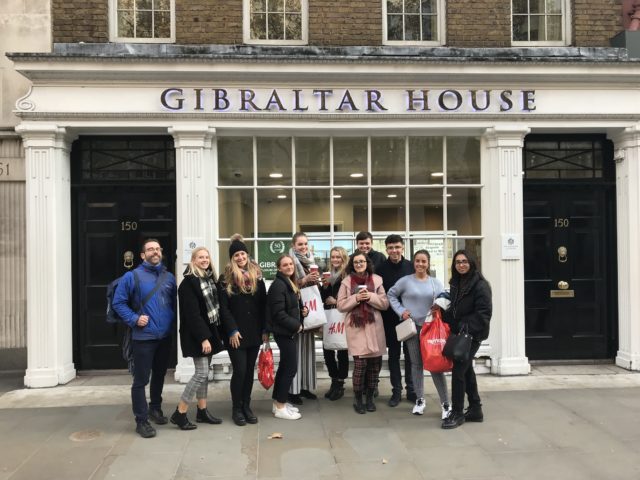 In addition to this, the young Gibraltarians met the Gibraltar Unit at the Foreign and Commonwealth Office, visited the Royal Mews at Buckingham Palace and the Guildhall.

The group will deliver a presentation to other students at the two comprehensive schools in order to encourage others to apply for next year's visit.

“It will be recalled that in the past a group of students from Gibraltar would visit the EU institutions in Brussels. This is the first year they have been to London instead The Government is delighted with the positive feedback that we have received from those who met with our students,” said the Deputy Chief Minister Dr Joseph Garcia.

“They have engaged in discussion and asked questions of their hosts which was the purpose of the exercise.”

“It is important that our students should have the opportunity to put across their views, aspirations and concerns to different personalities and institutions. They represent a new generation.”

“Our young people have proved to be excellent ambassadors for Gibraltar. I would like to thank the Director and staff of Gibraltar House in London, the teachers and particularly Mr Danino and Mr Navas who select the winners of the essay competition every year through which the participants are chosen,” he added.