The Gibraltar Government will today announce “even more draconian measures” to help slow the spread of Covid-19 in this community, Chief Minister Fabian Picardo announced on Sunday, as he warned the virus presented Gibraltar with the most difficult challenge “probably since the evacuation”.

With bars, restaurants and bars in Gibraltar due to shut totally as from today and additional restrictions announced over the weekend, Mr Picardo said his government would today impose even further restrictions on movement.

And he urged Gibraltar to brace for a long haul because the coronavirus crisis would likely last “weeks, probably months”.

The Chief Minister was speaking on GBC after Spain announced a state of emergency to counter the Covid-19 outbreak that is sweeping across the globe. 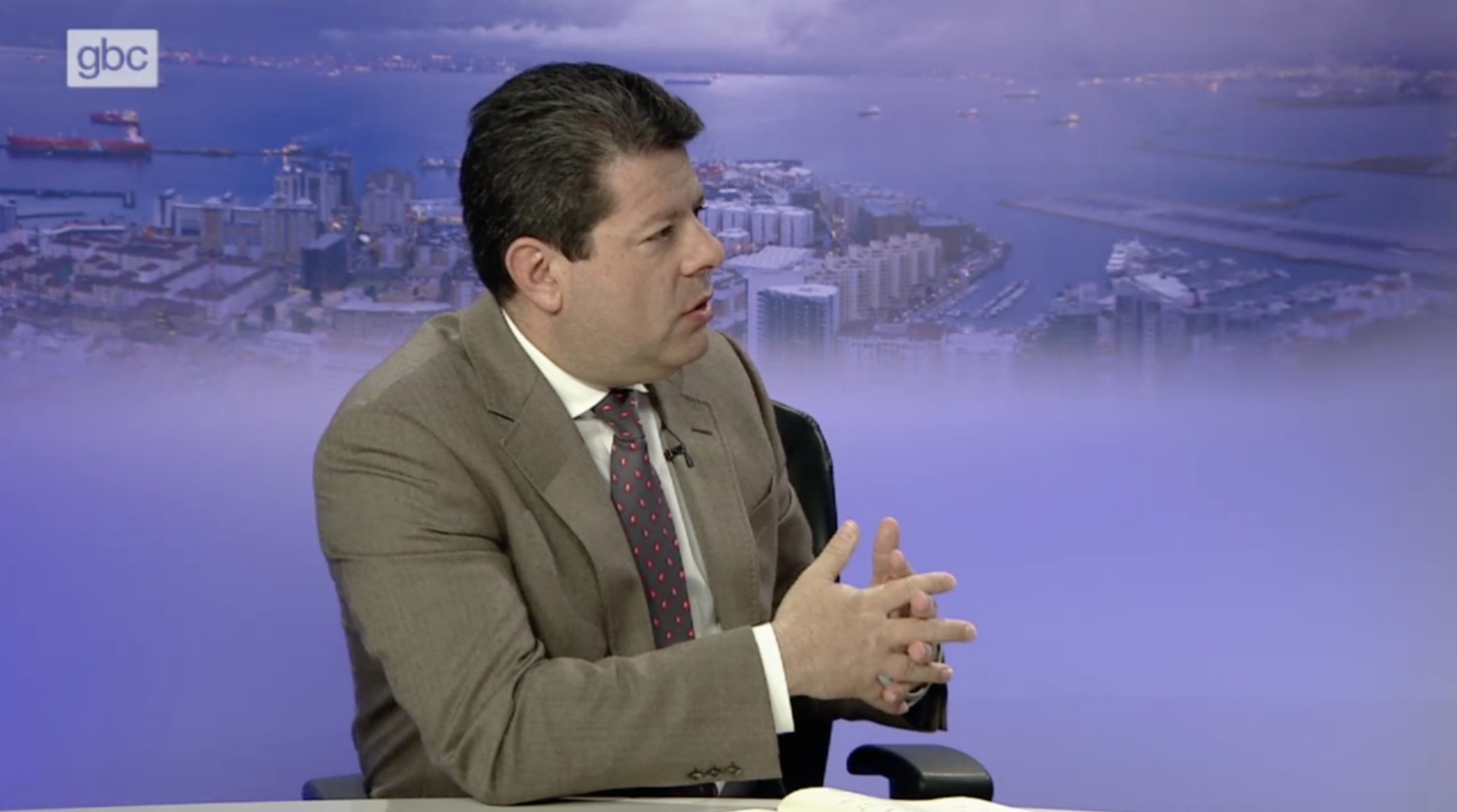 On Saturday, Mr Picardo called on Gibraltar residents to avoid all but essential travel to Spain.

“Noting the terms of the said decree, Her Majesty's Government of Gibraltar therefore recommends that residents of Gibraltar should not travel into Spain, on foot, in a vehicle or by any other means, unless such travel is for essential purposes,” No.6 said in a statement.

It added that all Gibraltar residents who need to visit Spain for reasons which are essential should familiarise themselves with the terms of the state of emergency declared in that country.

"We share a land frontier with Spain and it is important therefore that those of our citizens who live in Spain should be aware of the terms of the state of emergency which have now been decreed in Spain,” said Chief Minister Fabian Picardo.

“We are clarifying with Spanish colleagues that those coming to work in Gibraltar will be able to do so in the normal way, but workers in the catering sector will need to get confirmation from their employers of whether or not the businesses that they work for will be operating next week.”

“I believe that the measures being taken by the Spanish government are, no doubt, being taken on the proper public health advice and are designed for a country of Spain's characteristics.”

“We must respect them and as a neighbour we must assist them in these measures having the required effect.”

“We should entirely avoid travelling to Spain for any reason that is not essential and, if in Spain, any Gibraltarian must ensure we adhere to the terms of the decree made by the Spanish President today.”

The decree came into effect immediately and imposes a partial lockdown on all but essential travel, for example to work or to obtain basic essential supplies.

Yesterday streets across the country were much quieter than usual as people paid heed to the instructions, which were being blared from loudspeakers by police and army vehicles patrolling streets.

At the border, Spanish people coming into Gibraltar were allowed to cross if they were doing so for work reasons, and Gibraltarians returning home were also allowed through without any problem.

On Saturday, the Gibraltar Health Authority began issuing its key cross-border staff with letters to prove their employment in Gibraltar.

There was relative normality for northbound traffic too, although there were also reports of some Gibraltarians heading into Spain for non-essential reasons being turned back.

One source of concern in the coming days is that people who work in Gibraltar but live in Spain yet are not properly registered there may potentially be prevented from crossing back to go home after work.

The government said it will work with the Spanish authorities to help any Gibraltarians who have been “caught out”, urging them to make contact with officials here.

The Gibraltar Government has also implemented restrictions on restaurants that may also impact on many frontier workers in the catering trade, who are being urged to contact their employers for clarity.

On Sunday Mr Picardo also dismissed social media speculation that tourists had been allowed into Gibraltar but refused entry back into Spain as “absolute nonsense”.

He urged the community to pay heed only to official announcements and reports in the established media.

Mr Picardo was also in contact with Juanma Moreno Bonilla, the president of the Junta de Andalucia, after Mr Moreno called on the Spanish Government to prepare a plan to control Spain’s external frontiers.

“One of the issues I’ve raised is the need to start preparing a frontier plan, against the likelihood that Spain will have to start taking measures to carry out health checks at out frontier crossings, or even order them to be closed,” Mr Moreno said.

“If we are restricting the day-to-day activities of our citizens, if we’re reducing free movement to the bare essentials, we cannot allow uncontrolled access from third countries.”

“That’s why it’s very important to control our external borders.” 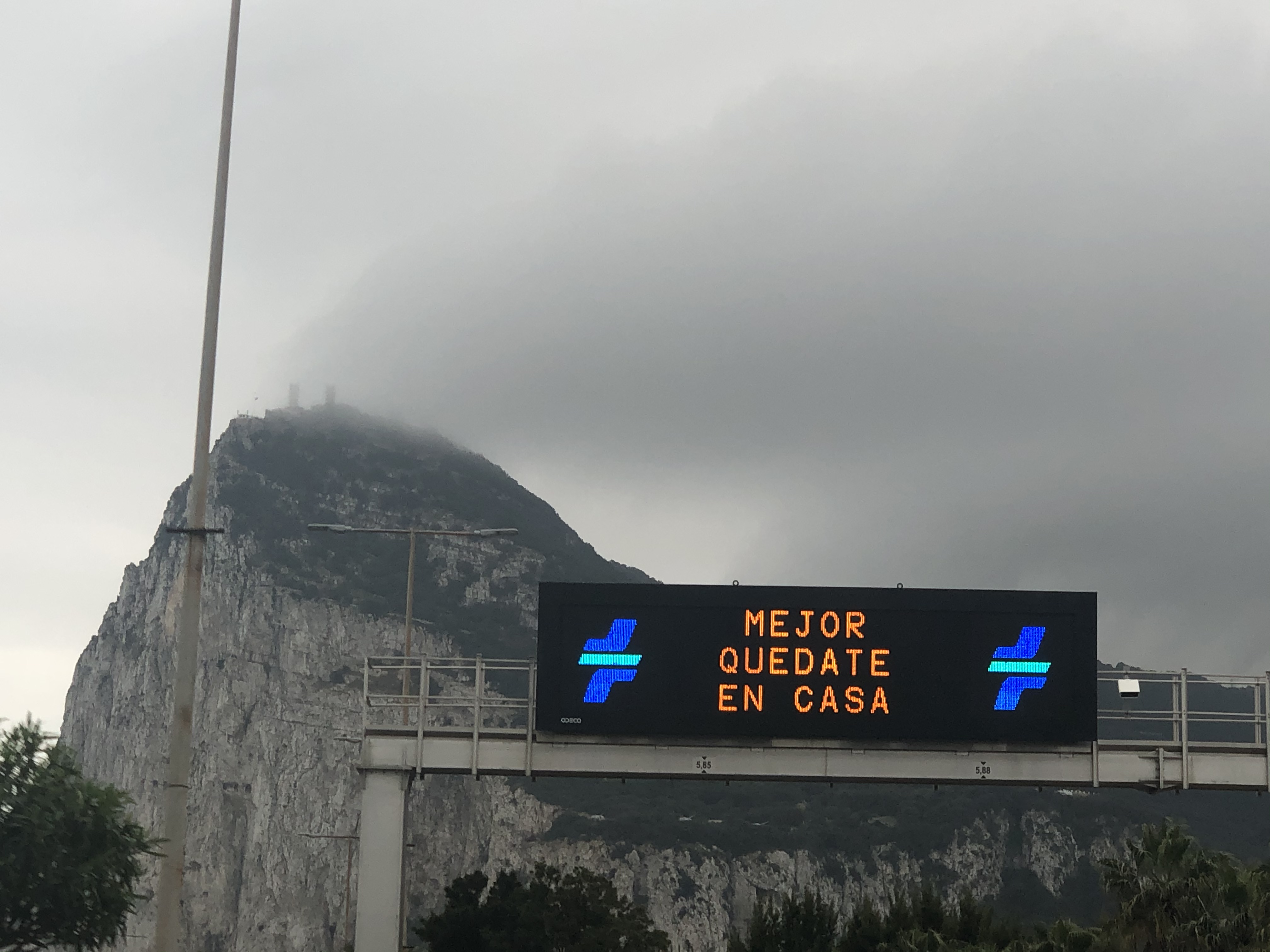 Mr Moreno referred explicitly to the borders with France and Portugal, and also Spain’s air links to other countries.

The Junta president said too that he had received a letter from the Chief Minister explaining Gibraltar’s advice to its citizens to avoid non-essential travel to Spain and to abide fully by the restrictions imposed by the state of emergency. He thanked Mr Picardo for Gibraltar’s “sensitivity and cooperation”.

But Mr Moreno’s words were interpreted by some Spanish media as a call for the closure of the border with Gibraltar.

Speaking to the Chief Minister after the reports sparked furious speculation about an imminent closure of the frontier, Mr Bonilla said his words had been misinterpreted.

The Junta president intervened and headlines were changed as a result to focus on his broader comments and not speculation about the border with Gibraltar.

"I am very grateful for the very kind words from the president of the Junta during the course of his press conference and for his express clarification when I asked to speak to him again this evening, Mr Picardo said.

“The suggestion that Sr Moreno Bonilla had called for the closure of the frontier was contrary to his express statements of support for the attitude Gibraltar is taking in relation to dealing with slowing the inevitable spread of Covid-19.”

“The relationship we have established in these past days is a positive one that enables us to address problems of this sort when they arise.”