Seven Ukrainians, four women and three children, who have fled war have been welcomed in Gibraltar.

The Gibraltar Government announced their safe arrival to Gibraltar after Russia invaded their country.

The Government confirmed the women and children are linked to Gibraltar through a Gibraltar-registered company and either worked for the company from Ukraine or have family members who work for the company in Gibraltar.

The Office for Civil Contingencies has supported them throughout their journey to Gibraltar, including in obtaining travel documents and assisting with logistical arrangements.

The Government is providing temporary accommodation at the Europa Retreat Centre until further arrangements can be made. 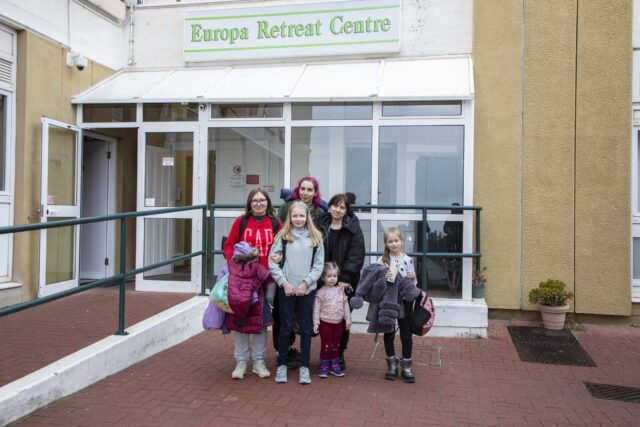 “I am very happy that we have been able to safely welcome the first cohort of Ukrainian nationals to Gibraltar,” the Chief Minister, Fabian Picardo, said.

“I would like to thank the Office of Civil Contingencies, once again, for their excellent work.”

“It has now been 13 days since Russia began its unnecessary and unprovoked invasion of Ukraine, the effects of which are felt deeply around the world.”

“The Government of Gibraltar remains fully committed to enforcing sanctions against Russia and standing with Ukraine in every way we can.”