In recent years January has become the month where people try a change to their diets and lifestyle, opting for a vegan approach in what is known as ‘Veganuary’. In this series the Chronicle looks at local families, individuals and colleagues who have taken up the challenge. This is the second of a three-part series, which will run every Monday for the month of January.

Some individuals in Gibraltar are embracing vegan lifestyle, and this month marks the Veganuary challenge where people change their diets to wholly plant based. 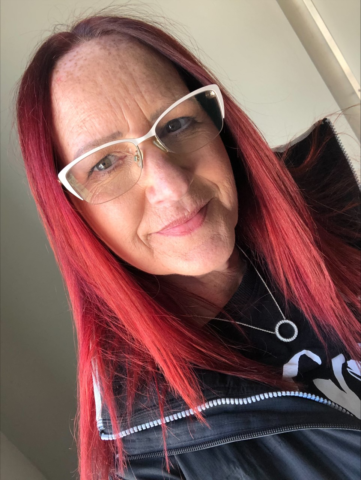 Lesley Louise became vegan four years ago joining her daughter who had been vegan for two years already.

“I had been eating mostly vegan anyway. Once I really started to think about the animals involved, I couldn't justify shutting those thoughts out any more,” she said.

“I became vegan at the age of 51 because I understood the cognitive dissonance that has been drip fed to me all of my life, separating the food on my plate from the living, breathing, sentient animals.”

“I couldn't shut those thoughts out any more, I didn't want to shut them out.”

The transition she stated was super easy and a lot easier than she ever expected it to be. So easy she doesn’t actually miss any non-vegan foods.

“I thought I'd miss chocolate (I loved chocolate), it was probably the biggest thing holding me back when I started. A friend said, go vegan but have chocolate, which kicked me into starting. But I will never have dairy milk chocolate again,” she said.

Now her new favourite go to food is peanut butter.

Over the years she has noticed that eating out is getting easier and although she doesn’t know if being vegan has made her healthier, but emotionally, she says she feels better.

“I am an animal lover, I do voluntary animal rescue work, and I can now acknowledged that there's no difference between saving dogs than cows/pigs etc,” she said.

Her advice for someone who is trying to introduce veganism into their world is to be kind to themselves and realise that people sometimes slip up.

“Making a change, even a small one is making a difference.”

Her other piece of advice involves cheese and how many people struggle to give that up.

“Stop trying to find vegan cheese that will replace the cheddar you love so much. Take a break from cheese completely for a few months, and then start trying vegan alternatives. You can substitute almost any animal product now, easily,” she said. 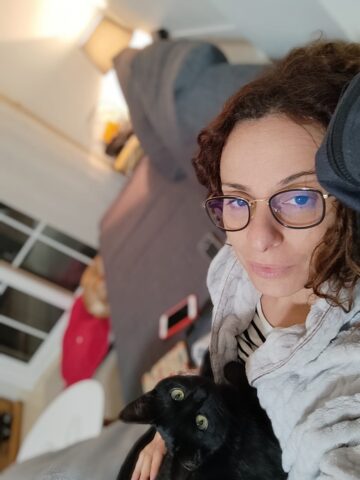 Maria Laviola has been vegan for three years and was pescatarian before that for four years.

She became vegan when she started to believe that all animals should be treated equally and respected.

“They should not be killed or exploited to death so that I can have eggs and bacon for breakfast, that’s just cruel and selfish,” she said.

“There’s lots of foods out there that are nutritious, sustainable and do not cause any suffering for animals.”

She found the transition fairly easy, this was helped by her love for cooking and being creative in the kitchen.

Her new favourite go to food is lentils, especially in Bolognese or shepherd’s pie.

Since becoming vegan she has noticed that every single aspect of her life has improved.

“I sleep better, I’m less bloated, no more heart burn, and I feel so full of energy, or beans, if you like a pun,” she said.

Her advice for anyone who is trying to introduce veganism into their world is for them to know that being vegan is not expensive.

“People might think being vegan is expensive, but that’s not true, my monthly food shopping bill is actually way lower than it used to be,” she said.

“If you’re concerned about lack of nutrients, weight management etc, speak to your GP or a nutrition advisor, they’ll help you understand how to get all the nutrients from plants.”

Finally she added words of encouragement: “Give it a go! Do it for yourself, do it for the animals, do it for the planet. If you can’t commit to a strict vegan diet just yet, try it for a while, reduce animal produce consumption.” 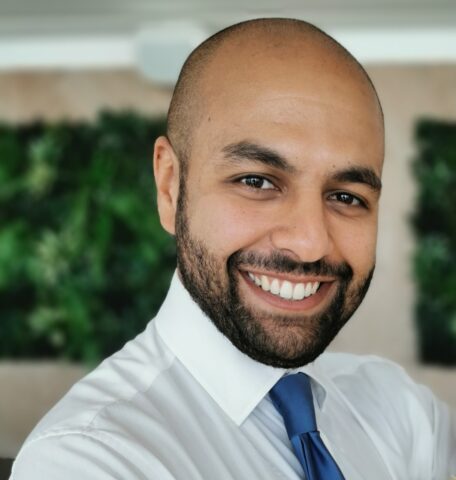 Tarik El-Yabani has been vegan for two years when he went plant-based 'cold turkey' in December 2019.

It was two Netflix documentaries The Game Changers and What The Health that changed his eating habits.

“I did a considerable amount of research online about the health effects of consuming an carnivorous diet versus that of a plant-based diet, including some shocking information from the World Health Organisation on cancer causation,” he said.

“I thought I'd try the 30 day vegan challenge - although I was astronomically sceptical and expected I'd fall after the first week, biting frustratingly into a doner kebab wrap. I honestly haven't looked back since and my kebab wraps are animal-free.”

He admits that initially it was hard while never being a fan of red meat he did like white meat, fish and dairy.

“But once you open your mind to the thousands of different dishes you can make. There are over 20,000 plants safe for human consumption which taste just as good if not better, you broaden your horizons and it not only becomes easy, but you're always looking forward to your next meal,” he said.

“What's interesting is that you can't help but suddenly become interested in nutrition and cooking, since you're now aware of what you're actually eating. Amusingly, I find myself greatly repulsed by the sight and smell of meat, cow's milk and cheese.”

Now his favourite go to food is anything Asian, namely a stir fry and because there's a plant-based version of almost everything now, his favourite foods largely remain the same.

“Having said that, your taste buds and receptors change dramatically when you adopt a plant-based diet; I now adore cruciferous vegetables such as broccoli and cauliflower when I previously couldn't stand them,” he said.

“This led me to try a little experiment of my own a few months into my plant-based lifestyle: I decided to try a bit of butter on a roll. It was absolutely disgusting in taste and texture. Interestingly, I could even taste the lactose when I previously couldn't.”

While recently he has found himself fitting into the junk food vegan category, when I changed he adopted a whole foods plant-based diet and noticed profound changes within three weeks.

“My right knee, in which I had mild osteoarthritis and occasional pain, stopped hurting and the clicking became less frequent; I put this down to the increased intake of dark green leafy vegetables and soy milk, which have more absorbable calcium than dairy.”

“My resting heart rate dropped, too. Pre-veganism, when I was just sitting around relaxed watching TV, I would have a heart rate reading of about 70-80 beats per minute on my smart watch. It has dropped to 60-50bpm, with the lowest I've seen at 47bpm.”

“I did a blood test before going vegan and another a month into it and the results were very surprising yet encouraging: my intake of vitamins and minerals - in particular B12 - were up and my markers on cholesterol, blood pressure and inflammation all fell,” he added.

He suggests that people do their research before committing and it's not easy changing lifestyle so drastically at first. 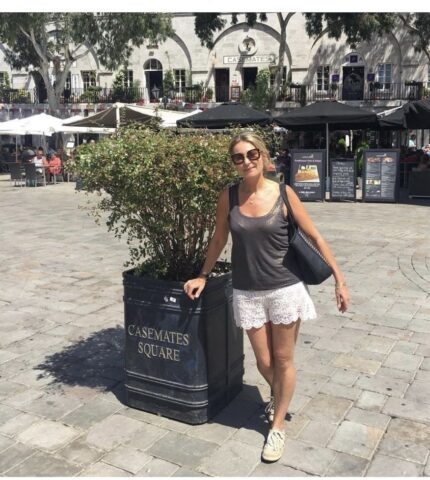 Sheryl Thomson does not follow a strictly vegan diet she eats dairy and fish.

However she feels it is important for people to recognise that there are many different diets that people follow for various reasons.

She gave up meat seven years ago but said it was not a conscious decision.

“I saw a video on Facebook one day, which I wished I had not watched because it was really horrific and I was in floods of tears watching it and I don't cry easily. I grew up in England on a poultry farm and was used to seeing chickens being reared and subsequently processed for restaurants, butchers and supermarkets.”

“However, somebody had flicked a switch in my brain and there was absolutely no way I could eat meat again, so for me it was neither easy nor difficult as it was like someone else made the decision for me and I didn't have a choice.”

She added that her family are meat eaters and that she respects this.

“If I were to fancy some red meat for example, I would buy myself some particular meat burgers which are fantastic because they have the same texture like meat, I season it with steak seasoning and Bob's your uncle.”

“I love my kind of diet because I have discovered many alternative foods and some amazing recipes on Instagram that I may not have done otherwise had I had not embraced this new way of looking at food.”

Eating out is never a problem for her as most restaurants offer one or two vegan or vegetarian options.

She will turn 60 this year and credits her diet to staying healthy.

“Sure, I get aches and pains like everyone does at my age but I honestly believe that the diet is so important. You are what you eat. I'm no health freak, I eat chocolate and drink wine, and everything in moderation, but knowledge is key and lots of fruits and vegetables are good for your body. Variety is important,” she said.

She thinks Veganuary is a great opportunity for families to try something new.

“You don't have to commit to anything, but just have fun trying out some new recipes and all the family can get involved by each choosing a dish with their favourite ingredients. It's good to get the children involved too and get them helping in the kitchen. I have an Instagram account called Cherrypie_chow where you can see some of the healthy meals I cook at home,” she said.