A young terminally-ill Scottish boy called Caleb Stirrat has “stolen the hearts of Gibraltar”, whose community has rallied round to make his dream beach holiday come true.
Caleb’s family was told earlier this month that the four-year old could have just months to live after a long-running battle with a rare and aggressive brain cancer.
Caleb was diagnosed last year and despite a brief recovery after initial treatment, the tumour returned while his aunt Claire Smith, a nurse, was in Gibraltar aiding the Covid-19 effort.
She received the devastating phone call from Caleb’s mother, Karen, that his cancer had returned and nothing could be done.
At the time Ms Smith was part of a group of nurses hired by the Gibraltar Government to bolster GHA resources during the Covid-19 lockdown.
Now she is on a mission and a race against time to create beautiful memories for Caleb and the family.
Caleb, a triplet with two sisters, Poppy and Alyssia, is also due to start taking a new trial drug in the hope it will extend his life and give him more time with his loving family.
After initially posting on social media in her hometown Ayrshire, Scotland, Ms Smith reached out to Gibraltar too. 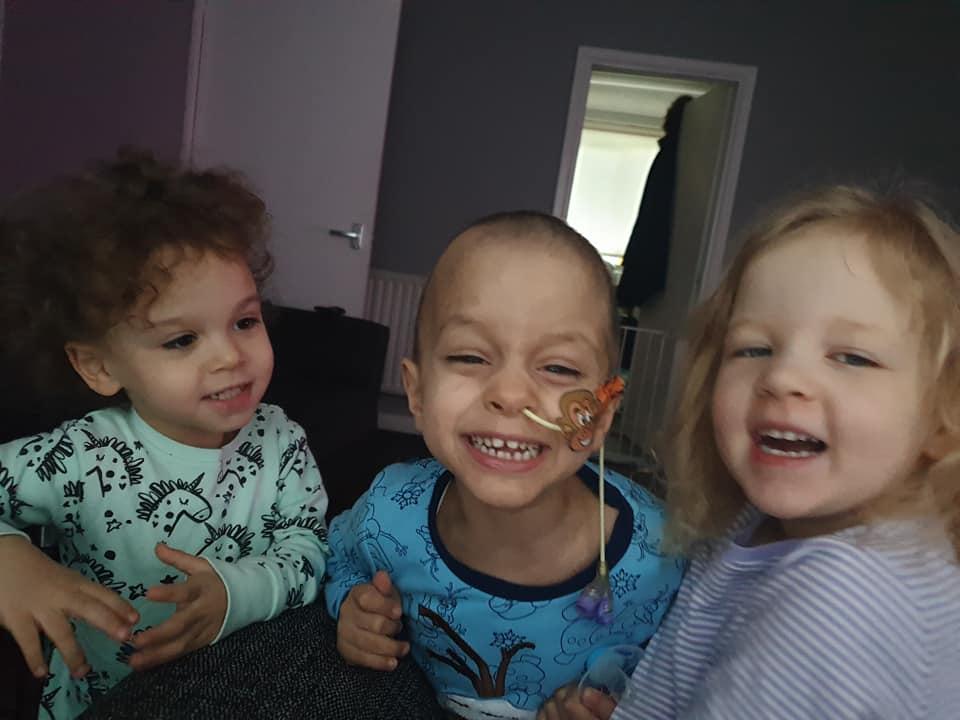 She posted Caleb’s story on the Facebook page ‘Speak Freely’ and has been “blown away” by the generosity shown by Gibraltarians.
“The love and support has been unbelievable,” Ms Smith said.
“There has been so much kindness and compassion.”
She described the overwhelming love shown by Gibraltarians, who have offered free accommodation for the family’s stay on the Rock, as well as a deluge of funds donated to their JustGiving page online.
“Caleb has stolen the hearts of Gibraltar,” Ms Smith said.
She added his mother Karen has extended her thanks to Gibraltar and is “absolutely overwhelmed by the generosity and compassion” displayed by the local community.
“We never expected this response,” Ms Smith said.
Ms Smith told the Chronicle Caleb could be jetting off to Gibraltar in a month’s time, but this is dependent on his doctor’s assessment.
Caleb was first diagnosed in February 2019 with an Atypical Teratoid Rhabdoid Tumor (ATRT) when he was just three years old after weeks of complaining of a headache.
The same day doctors found the three centimetre brain tumour he had emergency surgery to have it removed. 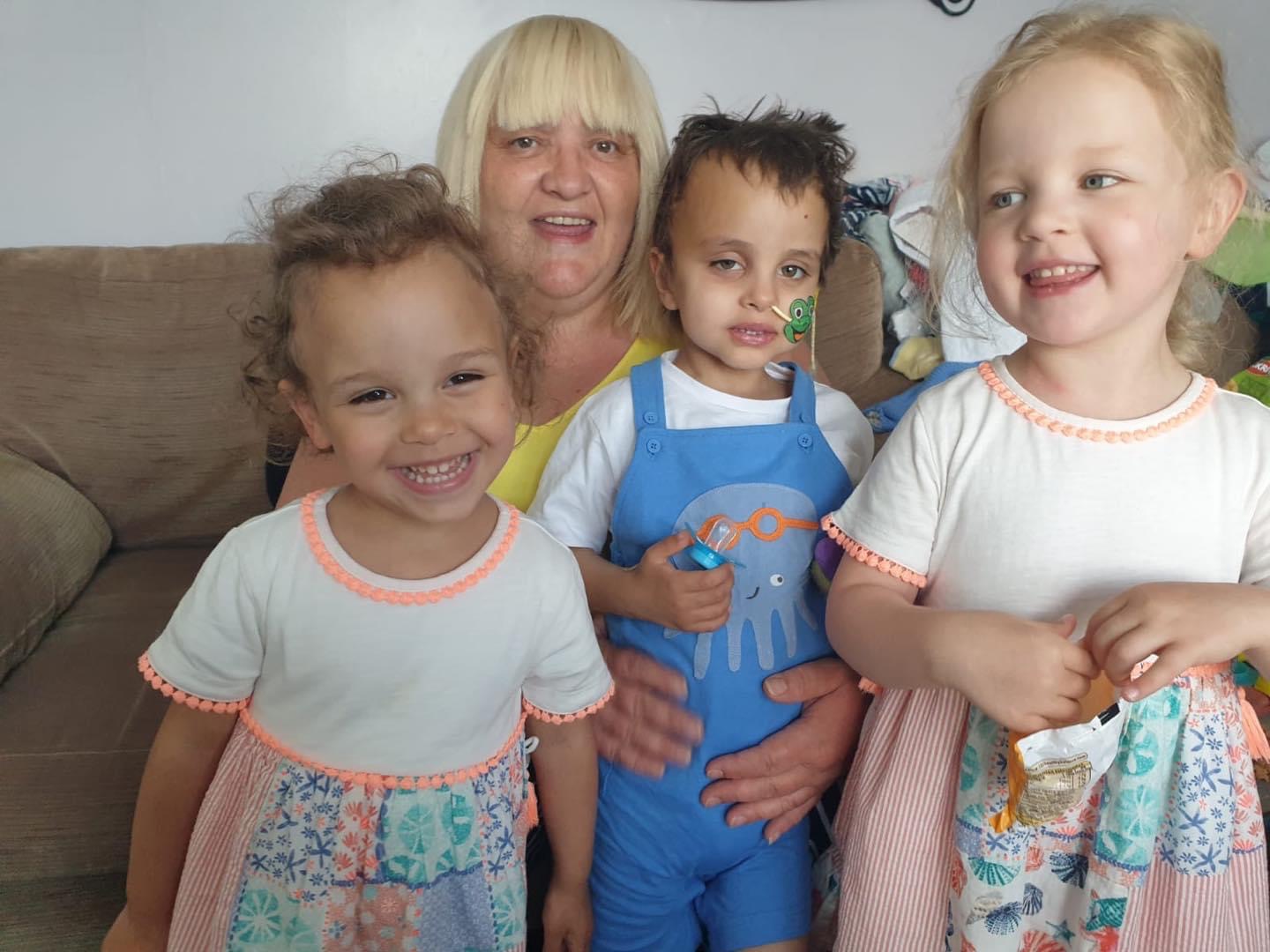 The surgery was successful and was followed up with chemotherapy and funds were raised to him to travel to Florida in May 2019 for proton beam therapy.
He then went on to stay at The Royal Hospital for Children in Glasgow for another bout of intense chemotherapy.
Caleb was given the all clear and finished treatment in the last quarter of the year, and last Christmas was scanned again and given the all clear by doctors.
Unfortunately, on June 1 this year his family was given the devastating news that the cancer had returned and it was even more aggressive.
Doctors told the family nothing could be done, but after searching for a second opinion a trial drug was found in Manchester. It is hoped this trial drug will give Caleb more time with his family.
In mid-June Caleb underwent another surgery to remove most of the tumour.
He will now start taking the trial drug which they hope will extend his life.
All going well, he plans to travel to Gibraltar for his dream holiday in a month’s time.

Caleb’s progress can be followed on the ‘Caring for Caleb’ Facebook page.
People can also donate to Caleb’s fundraiser online via the JustGiving website: https://www.justgiving.com/crowdfunding/preciouscaleb 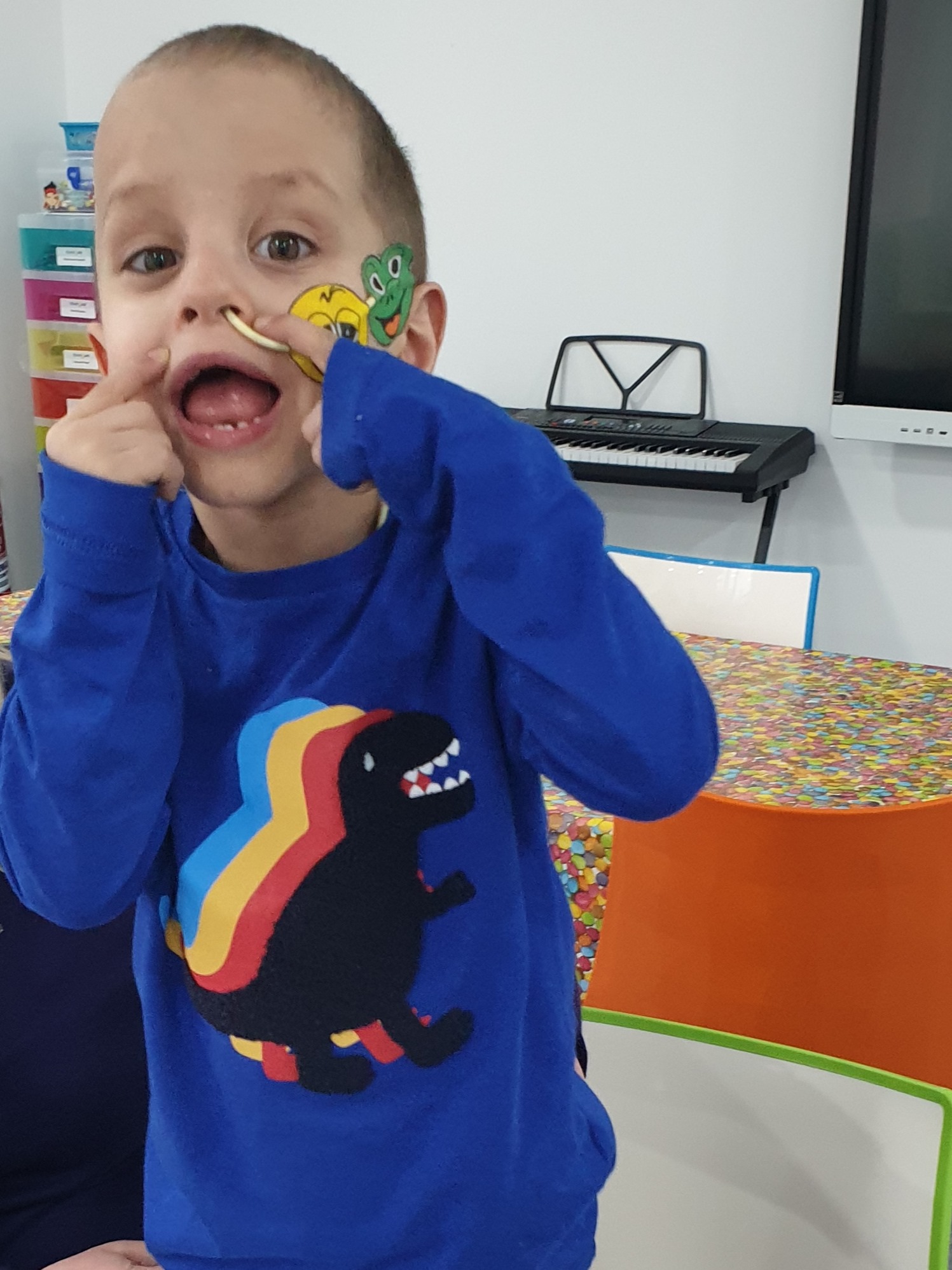