The economic resilience of Gibraltar post-Brexit and post-Covid was discussed at the United Kingdom-Overseas Territories Joint Ministerial Council at the Foreign, Commonwealth and Development Office in London this week.

This year’s meeting was attended by the Minister for the Environment, Dr John Cortes, and Gibraltar’s Representative to the UK, Dominique Searle.

“Wednesday’s meeting was preceded on Tuesday by the Overseas Territories Political Council, which is the precursor to the JMC.”

The Prime Minister Boris Johnson provided a virtual address at the commencement of proceedings which was followed by a detailed discussion on the environment, climate change and biodiversity in the Overseas Territories, chaired by Lord Goldsmith, Minister of State for the Environment. 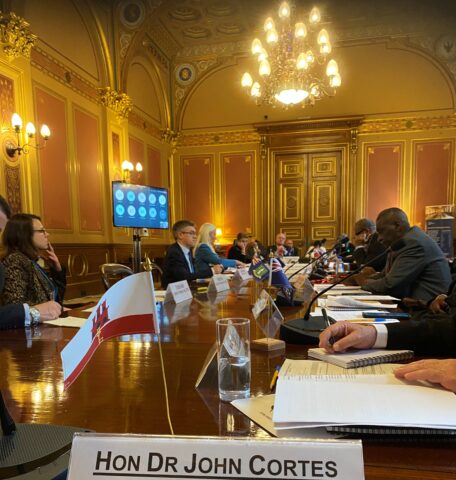 The UK’s Foreign Secretary, Liz Truss, participated for the final part of the discussion, having come direct from a meeting with the Chief Minister Fabian Picardo.

The United Kingdom-Overseas Territories Joint Ministerial Council ended on Wednesday following discussions on Health, Inclusivity and Law Enforcement, which were attended by the Minister for Health and Justice, Samantha Sacramento.