Give the Treaty a chance 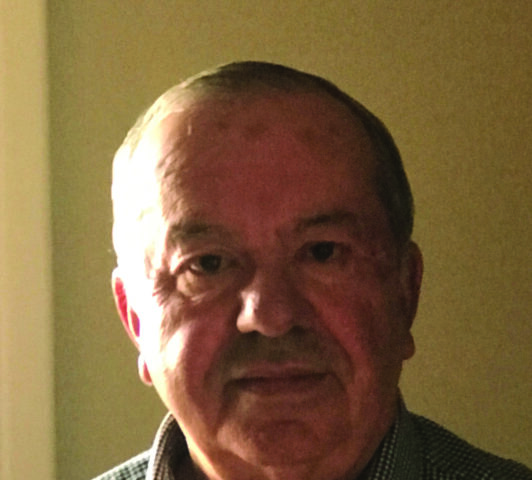 The New Year Framework Agreement reached between Gibraltar, the UK and Spain has unprecedented potential for a more normalised, stable and prosperous future for Gibraltar and the neighbouring Campo. It is ironic that such a potential outcome should emerge following our departure from the EU as a consequence of a UK decision to leave, contrary to the overwhelming wishes of the people of Gibraltar to remain.

It is beyond irony that the Framework Agreement embraces this, envisaging its consolidation in the form of a Treaty. What is more, it envisages not a bilateral Treaty (or Agreement) between the UK and Spain, but, importantly, between the UK and the EU . Much remains to be done and it is by no means certain that such a Treaty will materialise by the middle of this year.

What is certain is that there are those on both sides who will try to make that path more difficult, even impossible. The dissenting views in Spain are predictable, testimony yet again and again, to an anachronistic obsession about flags, pride and symbolism way above the wellbeing and interests of people, notably their own, who have borne the brunt of such misguided thinking. Only Spanish Foreign Ministers Moran, Moratinos and now Laya broke the mould and they deserve our gratitude, sovereignty aside.

There is a risk, however, that similar narrow, obsolete type of thinking could permeate among those in Gibraltar who simply jump to conclusions without even waiting to see the text of the Treaty proposed. They are entitled to their views but these knee-jerk reactions lack the substance and vision that we must collectively now show. It is self-serving lobbying going nowhere.

The issue which has been seized arises from comments about the presence of Spanish authorities or Spanish responsibility for our frontiers, now or in the future. Whatever the formalised arrangements, an agreement to permit direct access to Schengen, by definition, would mean that the Schengen countries, including Spain, do have a role or degree of responsibility to carry out checks on who enters or leaves Schengen territory.. It will be the detail of these arrangements which will determine how the mechanics of Schengen access controls operate. Until then, no real purpose is served trying to agitate opinion from the armchair or behind the social media curtain.

That aside, it should not be forgotten that the question of double controls is not new to Gibraltar. Moroccan immigration officers were present both on the vessel and at the Gibraltar ferry terminal at the Port itself when the Mons Calpe used to operate through the 1970s and 1980s.

This was not done then under some Treaty or other international obligation but was a sensible, practical arrangement which allowed for better process for the benefit of passengers on both sides. It may be argued that Morocco has no sovereignty claim over Gibraltar, hence an acceptable practice. But neither do the Schengen group of countries have a sovereignty claim over Gibraltar. Hence, the significance of cover under a UK/EU Treaty, not a UK/Spain Treaty.

It has taken nearly 70 years for us, the Gibraltarians, to remove the shackles of British colonialism, see Britain as a partner not a master and improve our relations with Spain, having achieved almost complete self-government and unparalleled economic growth. We are at a crossroads. We face the damage of COVID but we have a transformational opportunity to create better, sustained economic growth. We face the damage and uncertainty of a hard Brexit with our mobility severely restricted as an alternative to the Treaty to be negotiated. We stand on the threshold of a real normality denied to us in the past..

We must remember that we stand against the Spanish claim, but not against the normalised relationship with Spain we have long argued they should have with us. This is not the time nor the place for the usual village politics. We should seize the moment, all of us, together. After that, our politicians can go back to arguing as much as they like about their pet subjects as usual. But let’s give this Treaty a chance first.

Ernest Montado is a retired senior civil servant. As Chief Secretary to four Chief Ministers between 1986 and 2007, Mr Montado was directly involved in UK/Spain/Gibraltar matters during that period, including Gibraltar’s response to the Brussels Process, the ‘two flags, three voices’ formula, the failed joint sovereignty proposal and the trilateral process leading to the Cordoba Agreement.

Reconnecting with events for the Queen's Platinum Jubilee

Cycling lessons on the tarmac

A financial and political crisis worsened by Government