The Government has today announced plans for the construction of a new Gibraltar National Theatre at the John Mackintosh Hall.

The plans are for the central core of the Hall, which holds the current theatre, to be removed, and, together with the area not housing the annex to the Gibraltar College, be replaced with a new full-sized theatre. 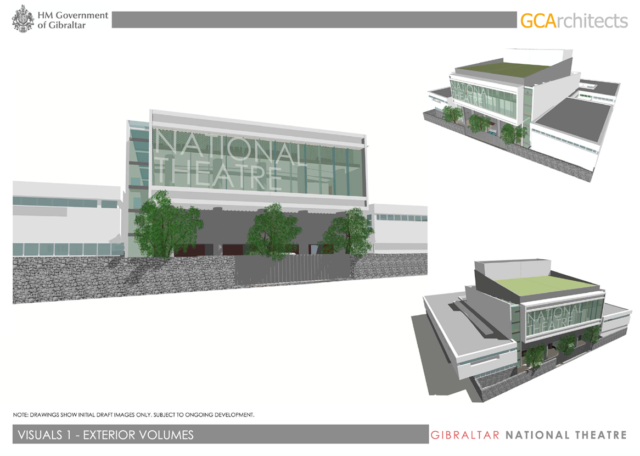 The theatre will include an auditorium suitable for over 900 people, a stage over 13m across with large areas for wings, and a fly tower, features lacking in all of Gibraltar’s current theatres.

The entrance to the John Mackintosh Hall via Main Street, and the courtyard will be unaffected, and the area does not include the Hebrew High School which is at the northern end of the site. 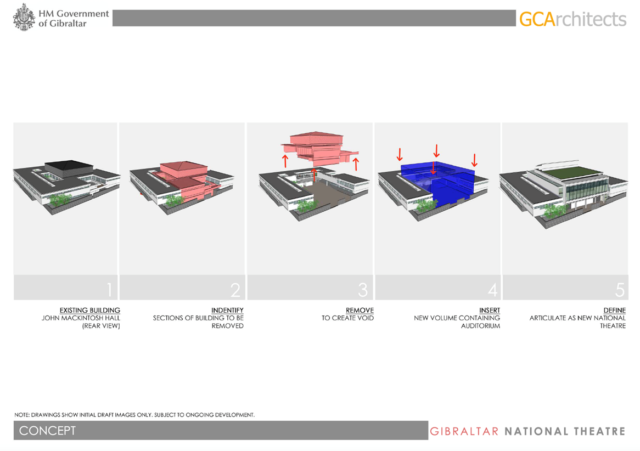 The changes will also produce a larger library and other enhanced areas, expanding the John Mackintosh Hall’s role as a cultural centre. 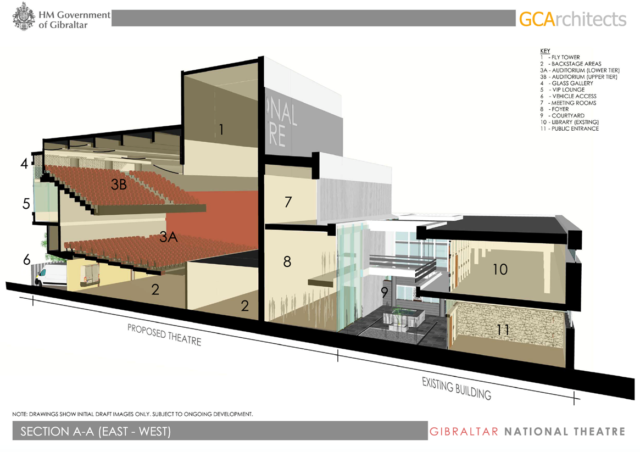 Minister for Education Dr John Cortes, said: “As a keen supporter of the performing arts, I am hugely excited about this project. It is realistic, achievable, and will deliver a theatre in the heart of the city and in our cultural centre. This is excellent news for all performers and lovers of theatre in Gibraltar. I can’t wait to get onto that stage. ” 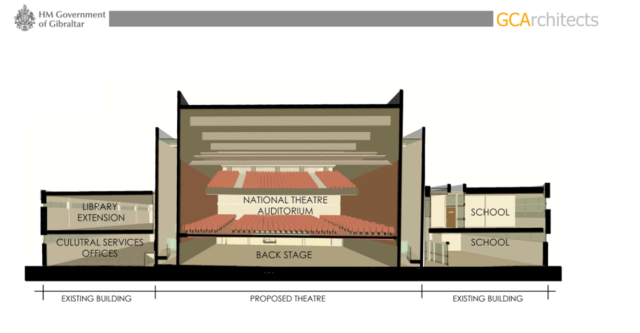