A woman in her early 90s passed away after contracting Covid-19, the first death in Gibraltar linked to the virus since the start of the pandemic.

The woman, a resident of the Elderly Residential Services who also suffered from underlying medical conditions, developed bacterial pneumonia after contracting the virus. 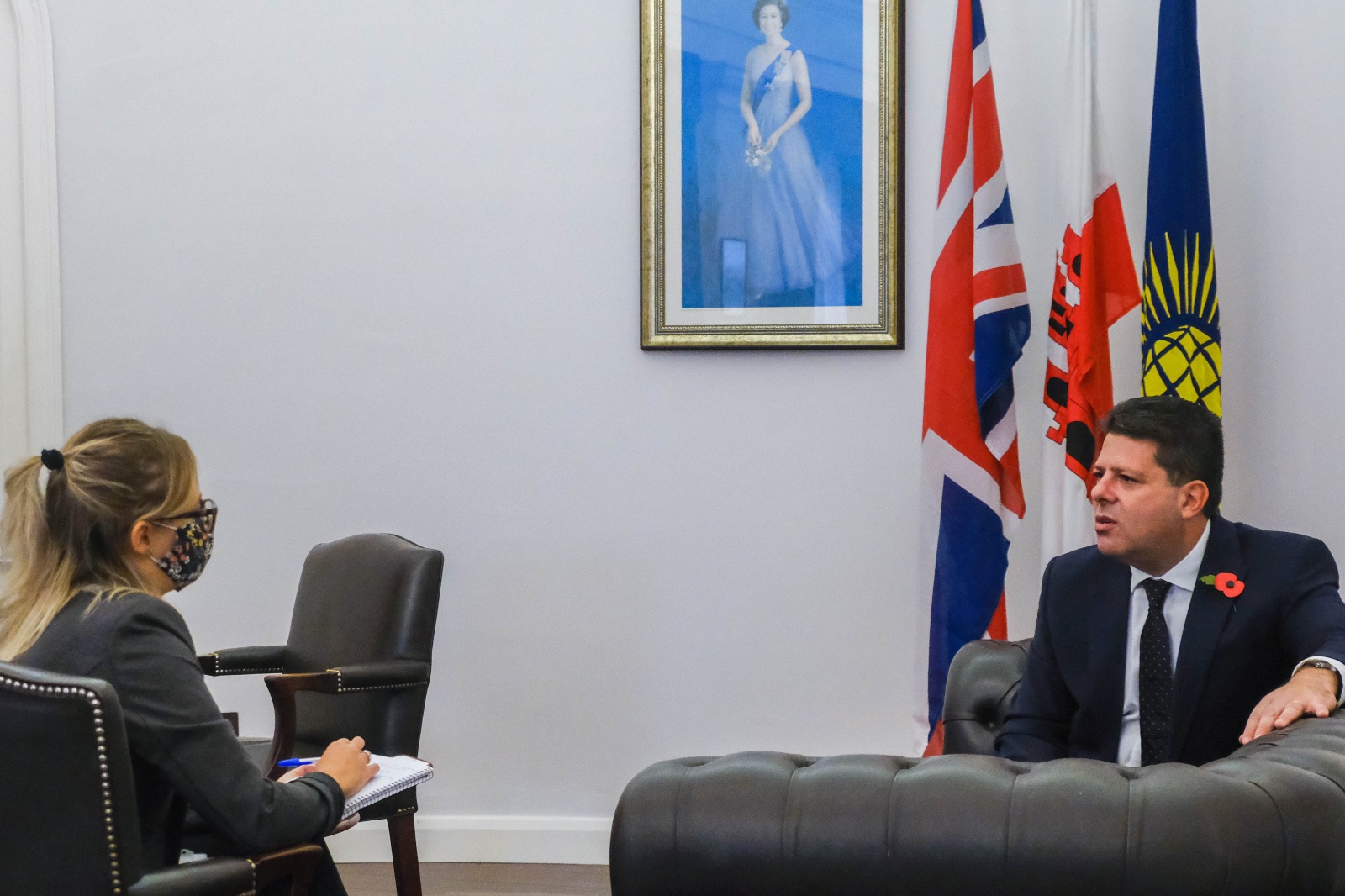 She was one of a number of ERS residents to have contracted Covid-19 in recent days, an outbreak that the contact tracing bureau believes started as a result of a visitor to ERS who was carrying the virus.

Chief Minister Fabian Picardo said the first Covid-19 death in Gibraltar should serve as “a wake-up call” to anyone who doubted the seriousness of the public health crisis.

“The idea that Gibraltar was somehow going to be completely insulated from the worst consequences of Covid, well, here is the evidence this is not the case,” Mr Picardo told the Chronicle.

“The idea that we didn’t have to take precautions on visitors to ERS, here is the proof that’s not the case.”

“The idea that anybody could suggest that this is not happening, come on, wake up and smell the coffee Gibraltar.”

“Covid is here, it’s amongst us and it’s taken one of our own.”

News of the death was announced at midday on Wednesday.

In a statement, the Gibraltar Government expressed its deep condolences to the family on behalf of the people of Gibraltar.

The Governor, Vice Admiral Sir David Steel, who co-chairs the Covid-19 Platinum Command Group alongside Chief Minister Fabian Picardo, said he was greatly saddened by the news and also extended his heartfelt sympathies to the family.

“It is with great sadness that we announce the first resident of Gibraltar dying due to Covid-19,” Mr Picardo said in the statement.

“Our heartfelt condolences go to the friends and family of the deceased.”

“This is a harrowing reminder of the dangers of this virus, particularly for those who are the most vulnerable to its worst effects.”

"It is up to each and every one of us to do everything we can to prevent the spread of Covid-19 and isolate it as soon as we can.”

“The team at Elderly Residential Services have done everything possible to treat this patient as well as to slow the spread of Covid-19 and their efforts have been nothing but heroic.”

The number of residents with Covid-19 at ERS today was five, down following a recent spike in cases there but up by one since Tuesday.

The Chief Minister said the team at ERS deserved Gibraltar's gratitude for the way it had responded to the virus to protect the most vulnerable members of the community.

“Placing ERS on lockdown was a difficult decision but the right one in the face of the outbreak there which is currently under control," the Chief Minister said.

News of the death came as the Government also confirmed a spike of 28 new cases overnight.

According to the latest Covid-19 update, there are currently 106 active cases of the virus in Gibraltar, including two visitors.

There are also 674 people in self-isolation.

Since the start of the pandemic, Gibraltar has recorded 842 confirmed cases of Covid-19.

Today’s sad development came as the Chief Minister urged people to exercise restraint in commenting on the news, particularly on social media where wild theories about Covid-19 are common, as are people who deny the seriousness - sometimes even the existence – of the virus.

He called on Gibraltarians to be sensitive to the woman’s family especially when posting online and to remember that there are people grieving a loss.

“One thing which is clear, the family members of somebody who has gone through a Covid infection are really going to understand and have no patience for those who are going to suggest this is not true,” Mr Picardo said.

“There is a human cost here. We have started to see the statistics from Covid tick up in our television screens, but we’re not dealing with statistics, we’re dealing not even with people who are infected or not infected, now we’re dealing with somebody who is no longer with us because of this.”

“I think the human pain associated with losing a loved one, whether it’s in a pandemic or not, is always going to be there.”

“Others are suggesting this doesn’t even exist and you are losing a loved one to it. Imagine the pain that you’re inflicting on the family of this individual if you pretend that their death is somehow being misreported or used for a reason which is not the reality.”

Mr Picardo added Gibraltar has experienced the death of someone earlier this year from Covid-19 who worked locally but lived in Spain.

Mr Picardo said he was “taken aback” by the way some people in the community reacted with a “complete callous disregard” for the family, as some were pretending her death was not as a result of Covid.

“I would really ask people, think not just of the fellow Gibraltarian that we’ve lost, a person who was of the age to have endured the evacuation, to have endured the closed frontier years, one of the people who really had been through suffering as a Gibraltarian that we have now lost to this disease, to really think of her and to think of her family before they go on social media and splurge the worst of themselves about this virus,” Mr Picardo said.

The advice the Government had received was that there would be a death for every 700 cases, which Gibraltar surpassed on November 1.

“I was very conscious of that statistic as we got over the 700 mark,” Mr Picardo said.

He added the Government continues to work toward suppressing numbers of people infected.

Mr Picardo stressed that the numbers of cases reported now are the “consequence” of the mid-term activity, including travelling abroad.

Although the Government had not asked people not to travel, those travelling were requested people to be tested upon return.

“I will say again to those who might think that they are fine who might be asymptomatic carriers and vectors of the virus, to those who might not be so fine but are sticking their heads in the sand to get on with their lives, please take a test if you have been away from Gibraltar either in mid-term or for other reason,” Mr Picardo said.

“If you think you might have been exposed please get in touch, talk to 111 they’ll make an assessment, talk to 41818 and they’ll ensure that you are tested if you need to.”

This article was updated on Wednesday 8pm.