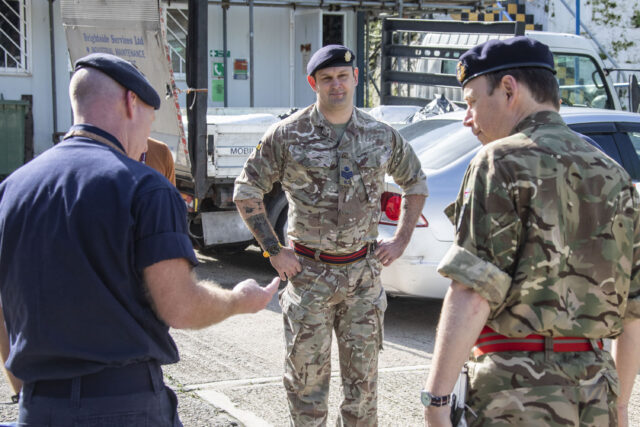 He described seeing the tanks as a revelation and then travelled to the Service Families Accommodation at Four Corners where he had the opportunity to visit the newly refurbished NAAFI facilities at HELM Point.
Whilst in Four Corners, the Governor also met with the Families Housing Team and NAAFI staff, where he was impressed at the facilities available but also with the care and dedication shown by staff and, in particular, the Housing Team. 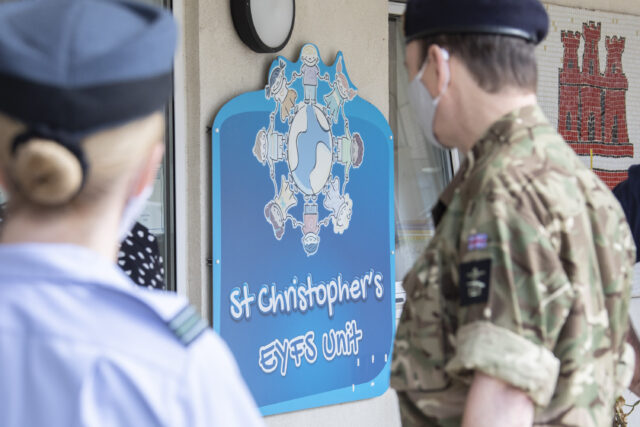 Following his visit to Four Corners, Sir David was hosted in the Gibraltar Officers Mess for lunch where he was joined by Surgeon Commander (Dental) Lindsay Falla, Wing Commander Nel Doherty MBE, Captain Abi Greene and Flight Lieutenant Sarah James.
After lunch, he toured the Single Living Accommodation on Devil’s Tower Camp and the newly refurbished Boyd’s Bar - named after the late Royal Gibraltar Regiment Private Matthew Boyd, who died whilst deployed to the UK on a training exercise. 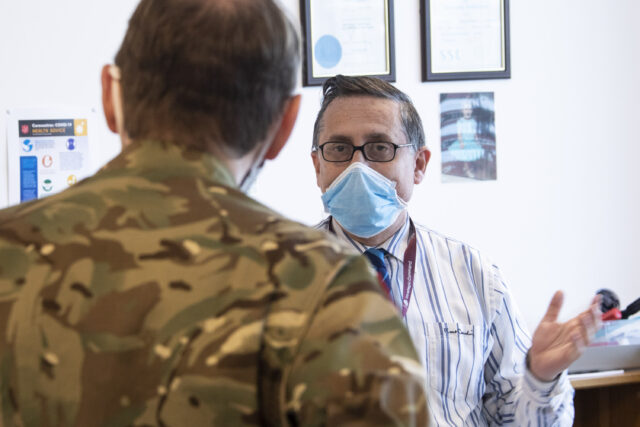 “The few hours I have spent today have developed my understanding immensely,” Sir David said.
“I never cease to be amazed at the quality of the people in our Armed Services. Coupled with investment both in Boyd’s Bar and at Four Corners, I know these developments will be greatly appreciated, particularly by our men and women in uniform.”

Gorham’s Cave monument up before DPC