Governor Edward Davis held the Keys of Gibraltar up high in salute during the first Ceremonial Guard Mount of 2016 and his first official Guard Mount since his arrival on the Rock. Alongside him on the Convent balcony was Chief Minister Fabian Picardo, Mrs Davis and Mrs Picardo, Commander British Forces Ian McGhee, other Ministers and their wives, Momy Levy and other guests.

The Guard Mount was carried out by B Company of the Royal Gibraltar Regiment, accompanied by the Band and Corp of Drums. This formal Changing of the Guard ceremony is now conducted four times a year, in the spring and early summer.

During the ceremony, the Old Guard were deploy from the Guard Room adjacent to No 6 Convent Place. Just before noon the New Guard accompanied by the Band and Corps of Drums marched on to the. Following a Royal Salute and National Anthem, acknowledging the Governor’s presence, the Guard Commanders handed over before posting the replacement sentry and the Old Guard then marched off. 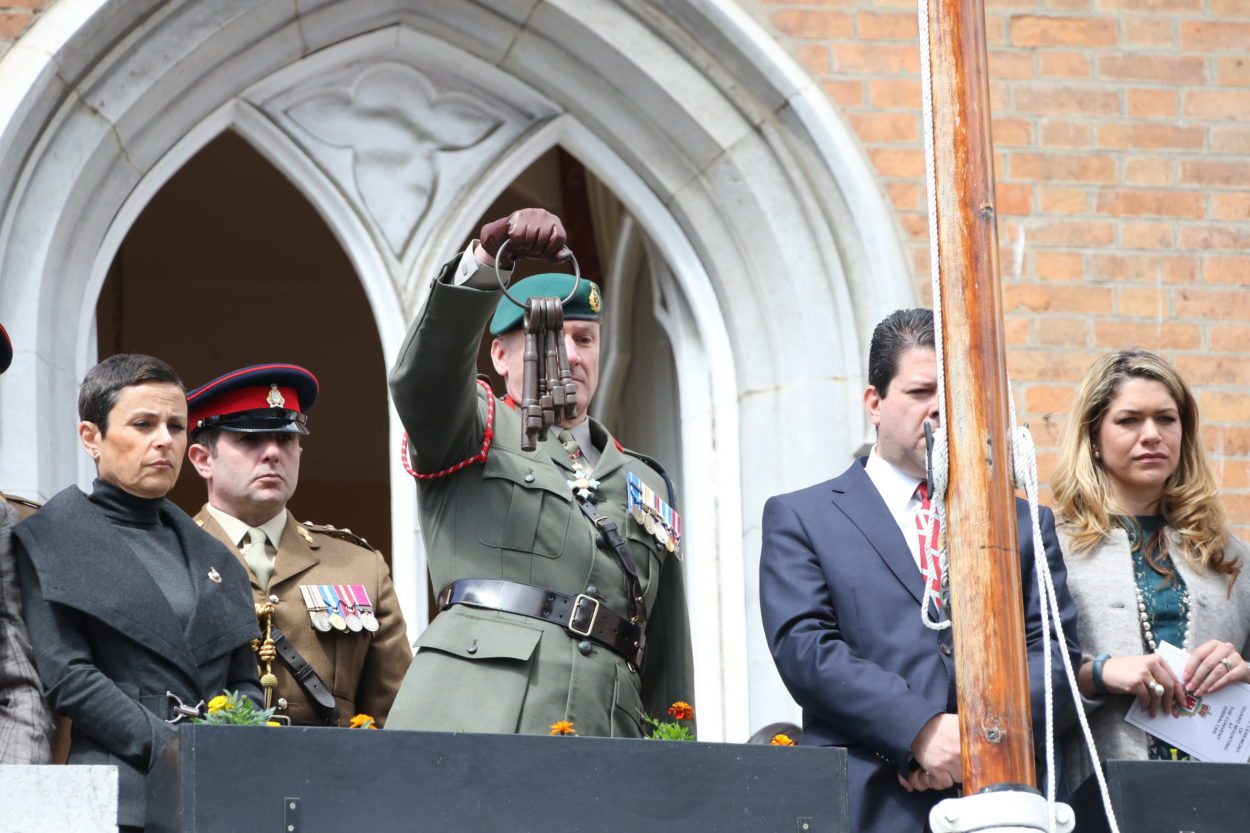 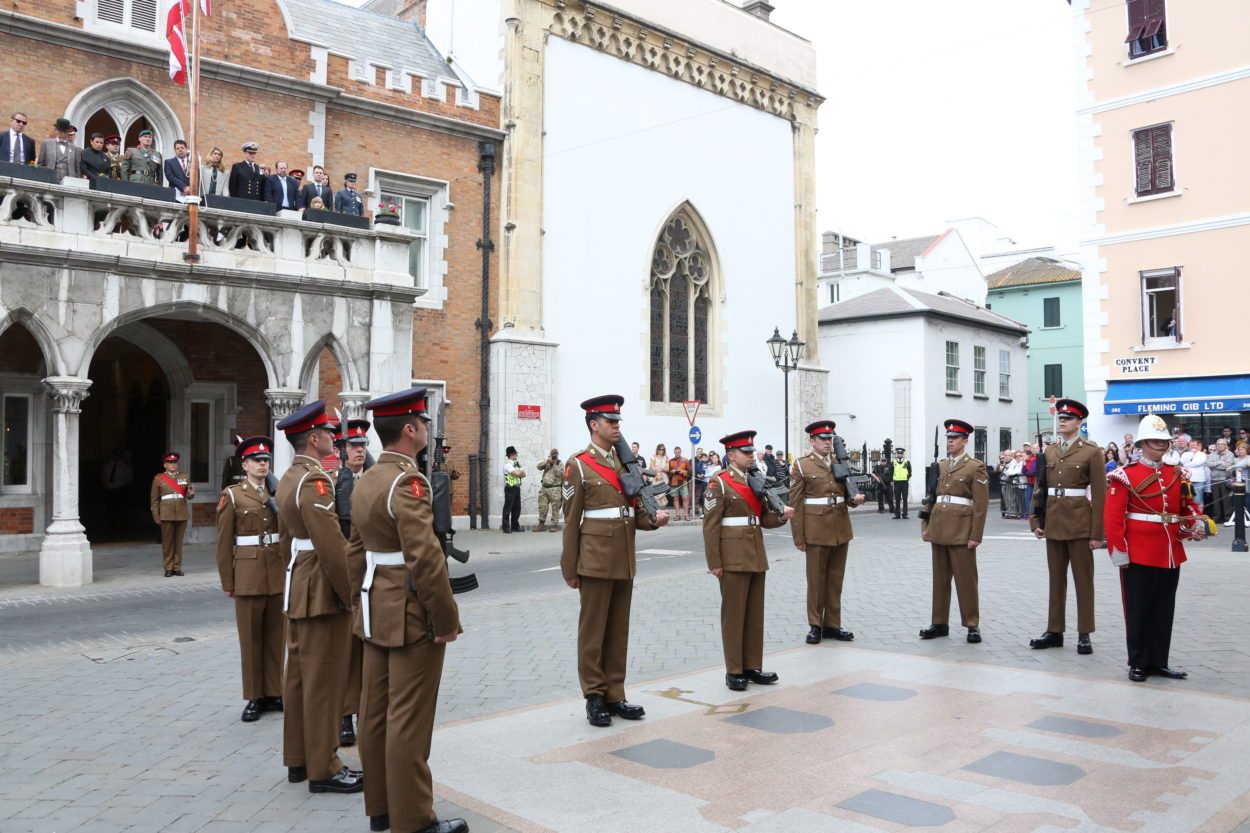 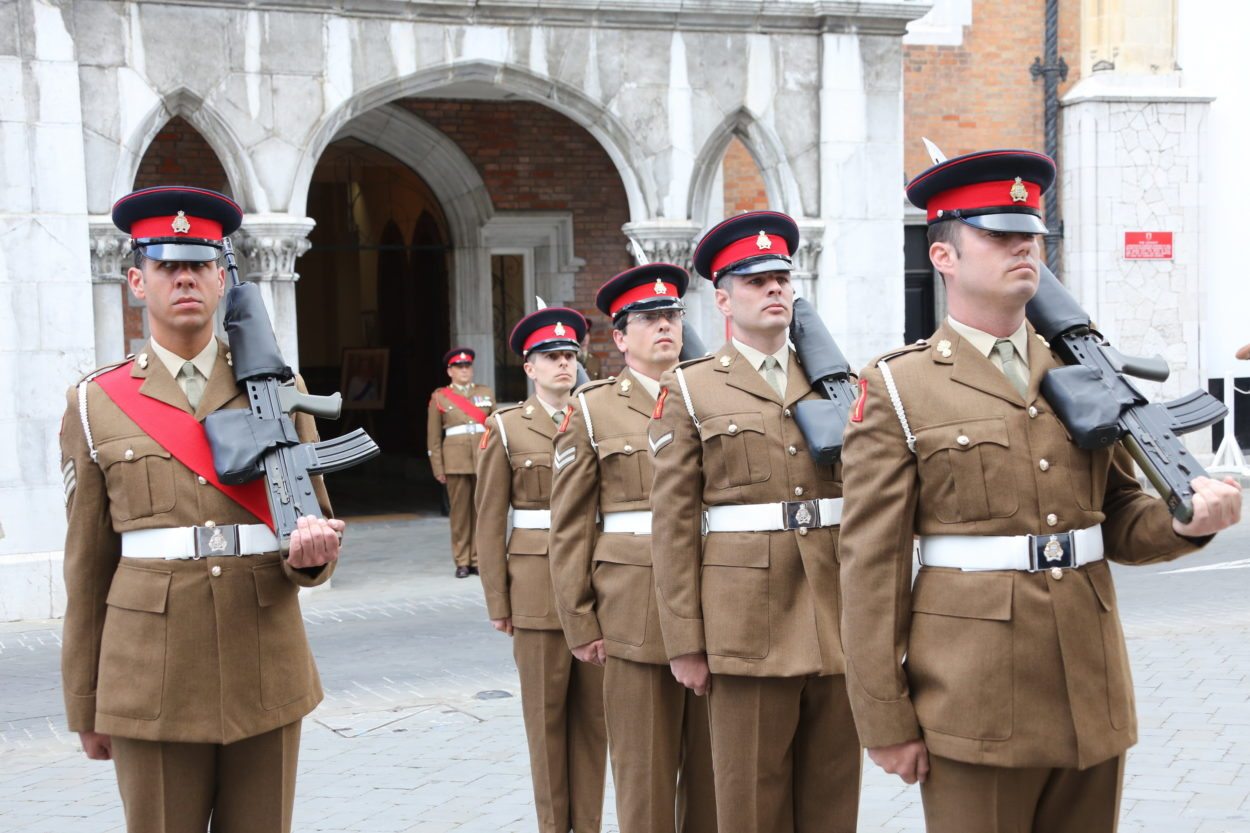