The Gibraltar Government has issued aerial images of progress on construction of affordable homes.

The images accompanied a statement on progress with different housing schemes, which earlier this year were the subject of tense exchanges in the Gibraltar Parliament as the GSD questioned delays with the schemes.

In a statement, the Government said the first phase of the Hassan Centenary Terraces project, which will deliver 380 homes, was on track to be completed and handed over to by July 2023.

Work on the second phase is “proceeding steadily”, No.6 Convent Place said, with the piled foundations for two of the three blocks having already been completed.

The superstructure for the first of the three blocks, Block 3, is already going up and the whole of the second phase is still on programme for completion by May 2025.

In respect of Chatham Views, No.6 said demolition of the ex-Westside School has also progressed steadily since October. 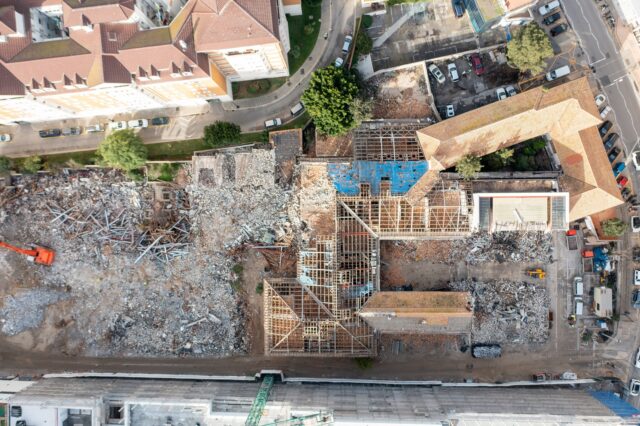 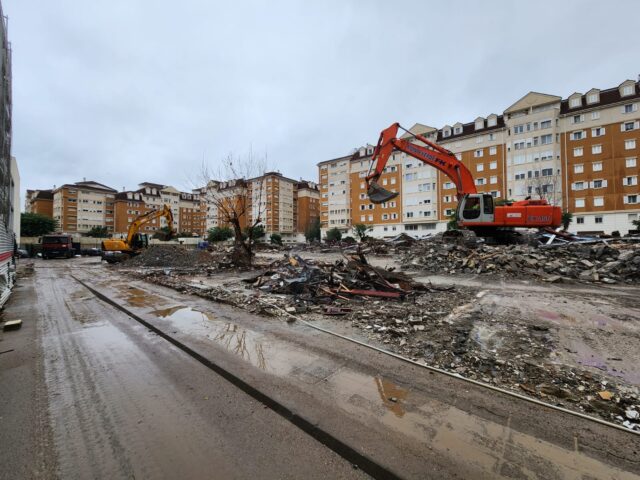 The majority of the buildings, other than for Westside Mews which is being retained, are expected to be demolished down to ground level by the end of the year.

The demolition contractor will then continue breaking down the ground slabs and foundations, transporting rubble out of the site to Coaling Island, where it will be processed before depositing as reclamation infill.

The whole of the demolition site is programmed to be cleared by the end of January 2023, ready to allow construction of Chatham Views to begin once the project is awarded to a contractor. 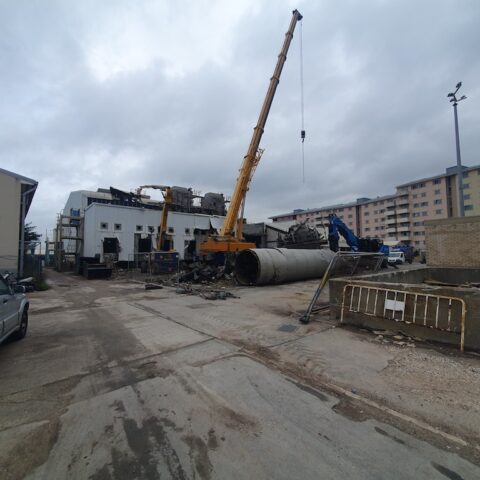 In respect of Bob Peliza Mews, the Government said the first contract package for the demolition of the ex-Waterport power station, involving the removal of the mechanical and electrical equipment, has been progressing on site since late September and is nearing completion.

The power station’s external equipment, such as the exhaust stacks, radiators and fuel tanks, have all been removed and, internally, most of the equipment as well as the engines have been removed.

Once this contract is completed, the second contract package involving structural demolition is expected to start on site in January 2023 and take 12 weeks to complete.

Once the whole of the site is cleared, it will allow construction of the first phase of Bob Peliza Mews to begin.

The progress update comes weeks after the issue of affordable housing was debated in Parliament after the GSD tabled questions on delays with the various projects, particularly in respect of Chatham Views and Bob Peliza Mews.

The GSD at the time criticised the Gibraltar Government over its “failure to deliver” affordable housing estates in line with 2017 manifesto commitments.

The homes had first been promised in 2017 but the GSD was concerned that construction had yet to commence, adding that the government’s original timelines were “way off the wall” and that purchasers faced “immense delay”.

At the time, the Government replied that the twin challenges of Covid-19 and Brexit meant it had not been possible to progress with the projects sooner, adding it had explained this in meetings with concerned purchasers from both projects.