The Gibraltar Government has afforded protection to nine graves and one monument at the North Front Cemetery after an addendum to the Schedule of monuments protected under the Heritage and Antiquities Act (2018).

This is a first step towards the protection of more graves of historical interest, following a study of all the graves at the Cemetery being carried out by the Department of the Environment with input from the Ministry of Heritage, in consultation with the Heritage and Antiquities Advisory Council, which includes the Gibraltar National Museum and the Gibraltar Heritage Trust. 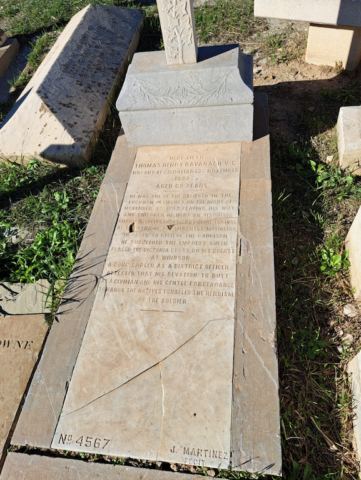 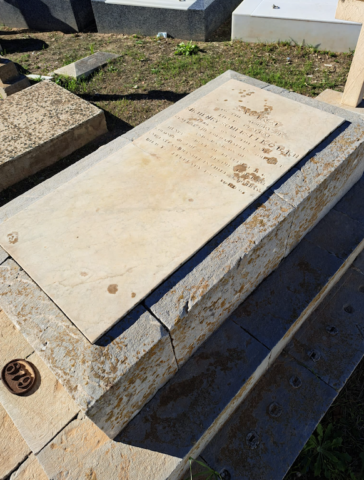 These will be plotted on a map and marked on site with a plaque.

“North Front Cemetery is the resting place of many former residents of Gibraltar. Some of the graves and monuments have great historical interest and value,” Minister for Heritage Dr John Cortes said.

“Sadly, we have found that through the years some of these have been forgotten and fallen into disrepair, or been removed to be replaced by new tombs. We have started the process of identifying some of these, particularly the older ones and those of persons who no longer have descendants in our community to look after their graves.”

The graves now listed in the Schedule are those of:
General Sir Kenneth Arthur Noel Anderson, KCB, MC d. 29 April 1959
Governor and Commander-in-Chief of Gibraltar, 1947 – 1952.
Henry Hume Barne d. 26 May 1960
British Judge of the Central Court, Cairo, from 1929 to 1949 and District Grand Master of Gibraltar from 1955 to 1960.
Thomas Kavanagh d. 13 November 1882
District Officer and recipient of the Victoria Cross.
Sir Lothian Nicholson d. 27 June 1893
Governor and Commander-in-Chief of Gibraltar.
Sir Henry Rawlins d. 18 December 1913
Governor of Gibraltar and Lord Chief Justice.
Hugh Reilly Semper d. 18 June 1882
Chief Justice of Gibraltar.
Sir Henry Somerset d. 15 February 1862
Lieutenant-General, Knight of the Royal Guelphic Order, Knight Commander of the Order of the Bath.
Horatio Sprague d. 20 March 1848
United States Consul from 1832 to 1848 and the longest serving US Consul, as well as a local merchant and benefactor of Gibraltar.
William Willoughby Cole Verner d. 25 January 1922
British soldier, writer, ornithologist, and inventor of a type of compass. He is remembered for bringing Cueva de la Pileta, a cave filled with prehistoric paintings, to international attention. Famed for his book “My Life Among the Wild Birds in Spain”.

Also listed is the Monument to the Militia of 3rd Royal Lancashire Regiment dated 16 July 1855.

A monument to the memory of two sergeants, 32 Privates, six women and twelve children of the Regiment who died at Gibraltar between July 16, 1855 and June 7, 1856.