An immature [under 4 years old] female griffon vulture was released by Vincent Robba from the GONHS Raptor Unit on Tuesday afternoon.

The vulture had been rescued on April 28 by the Gibraltar Defence Police in a very poor condition.

“We had to boost it up for a bit because, when it was picked up, it did not have any strength at all. It couldn’t even stand and we thought she was going to die,” said Mr Robba 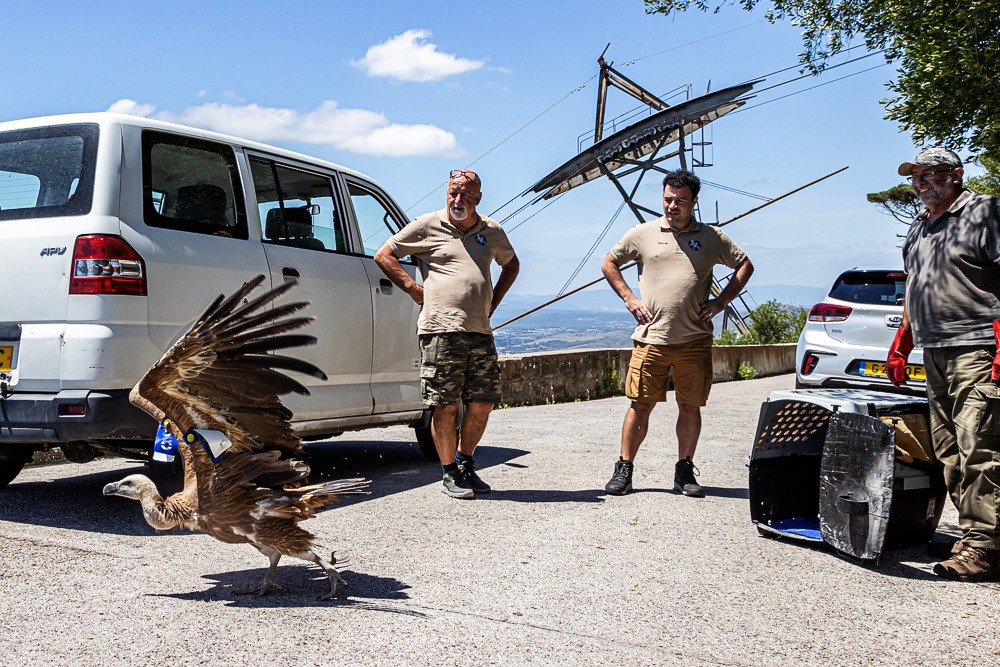 She had been chased down into the water by yellow-legged gulls and peregrine falcons.

“Now she is fully rehabilitated and can go back into the wild again,” said Mr Robba.

A half hour before Mr Robba released the bird on Tuesday, he received another call from the Department of Environment. Yet another griffon vulture was rescued and needed his expertise to rehabilitate it back to health.