The GSD held a memorial tribute for the late Terry Cartwright, remembering her influence, passion and legacy in local politics.

On Thursday evening, immediate family, Party officers, former Ministers and Executive members were present to commemorate her years of service to the party.

A plaque was also unveiled in the main boardroom at the Party’s offices in her memory.

“Terry was a founder of the Party and massively influential in it over three decades,” GSD Leader, Keith Azopardi said.

“She was in many respects its life and soul. She felt passionately about Gibraltar, the Party and always strived to effect positive change.”

“She made a huge contribution to Gibraltar politics and it was my privilege to call her my friend.”

“She will always be remembered and leaves a lasting legacy in our social democratic political movement.”

The GSD said the tribute recognised and commemorated her influence on Gibraltar’s political arena and her relentless commitment to the advancement of women in politics.

“Terry was an instrumental figure in the creation of the party and remained passionate and vocal about politics until very recently,” the GSD said.

Terry voted in the GSD Executive Elections in March shortly before she died, with the party commenting on her tenacity, determination and strength. 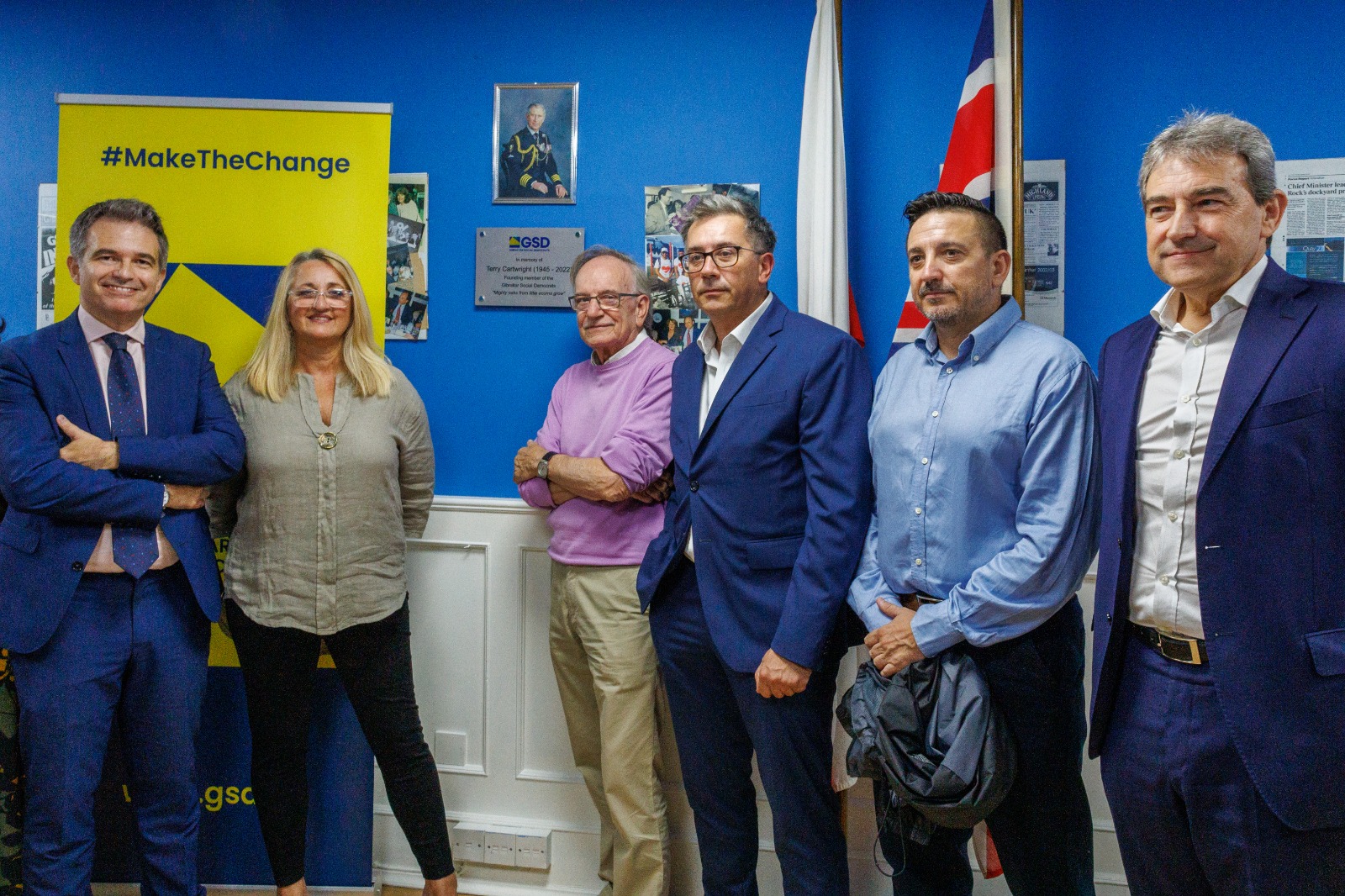 The party added Terry was a role model to local women and a standard bearer for women’s greater involvement in politics.

“The under representation of women in politics in Gibraltar is a serious democratic deficit which the GSD is acutely aware of,” the GSD said.

“We must do more as a society to encourage and achieve a greater representation of women in politics and in decision-making opportunities.”

“As one of the most influential women in the local political arena for more than 40 years Terry was always very aware of this reality, and inspired many women who later decided to join Gibraltar’s political landscape, both within the GSD and more widely.”

“Terry inspired and empowered many people throughout her political career.”

“She provided helpful guidance and support to senior figures in the Party, Ministers and the Chief Minister during the GSD’s time in office between 1996 to 2011.”