The Duke and Duchess of Sussex's official wedding souvenirs no longer feature in the Royal Collection's online shop in the wake of Harry and Meghan's decision to quit royal life.

Released ahead of the couple's 2018 nuptials, the commemorative range included a fine bone china coffee mug, a tankard and a plate, among other items.

Some pieces were still available to purchase as recently as a few days ago, including a pillbox reduced from £35 to £10 and a miniature mug reduced from £19.95 to £10.

But now searches for the Duke and Duchess of Sussex bring up no results on royalcollectionshop.co.uk.

A spokeswoman for the Royal Collection Trust said the chinaware items had sold out. 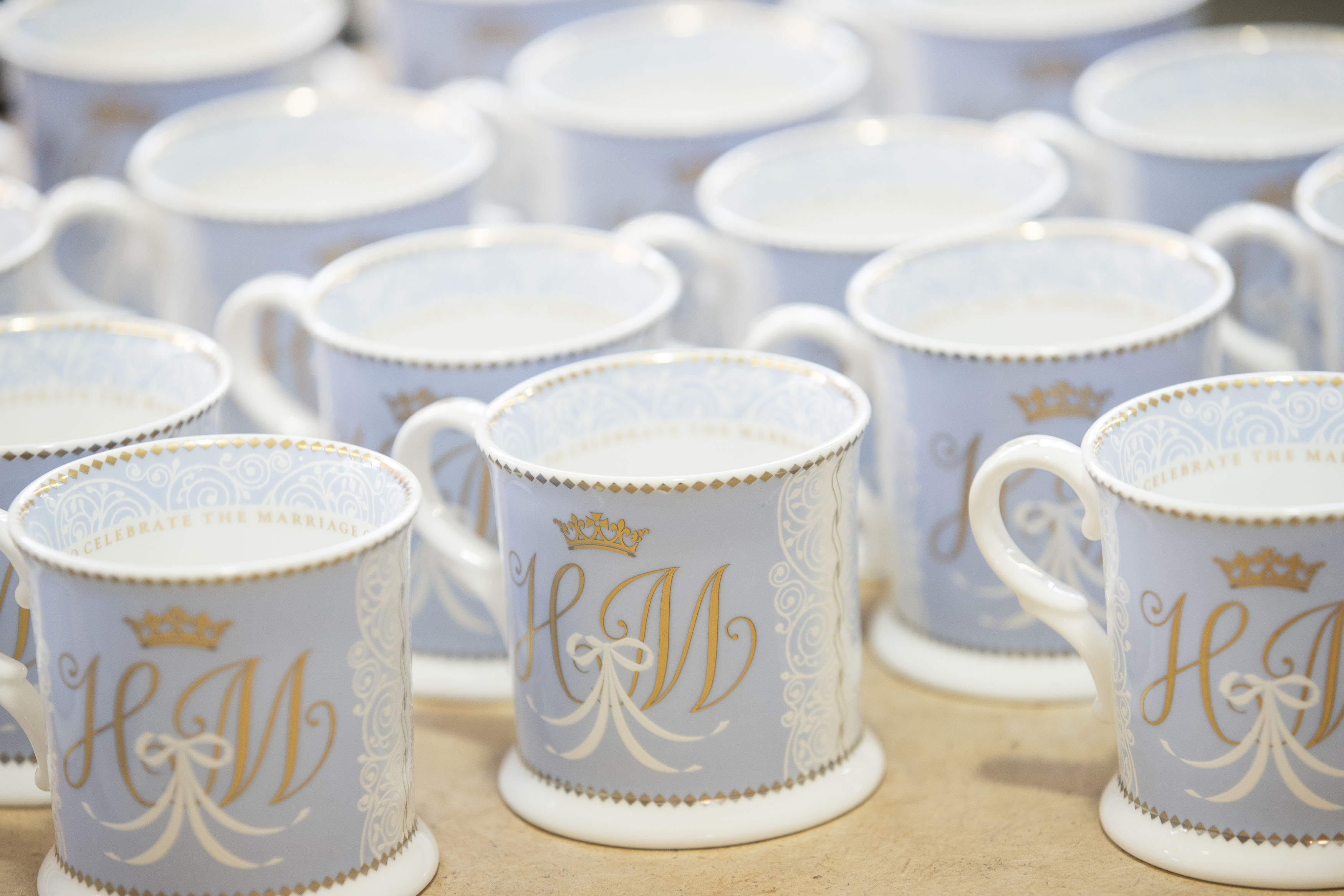 "Many of Royal Collection Trust's china ranges are produced to celebrate a specific occasion and are sold for a limited time," the spokeswoman said.

"The china range to celebrate the wedding of the Duke and Duchess of Sussex has sold out."

The majority of items celebrating Princess Eugenie's wedding, including a tea towel and a china tankard, have also sold out but still appear listed as such on the site.

Chinaware marking the Queen becoming the longest reigning monarch in 2015 - three years before the Sussexes' wedding - is still available to buy.

The change comes after Harry and Meghan walked away from the monarchy, choosing financial and personal freedom over royal duty.

The couple will no longer use their HRH titles as they carve out a new life with their son Archie Mountbatten-Windsor, spending the majority of their time in Canada. 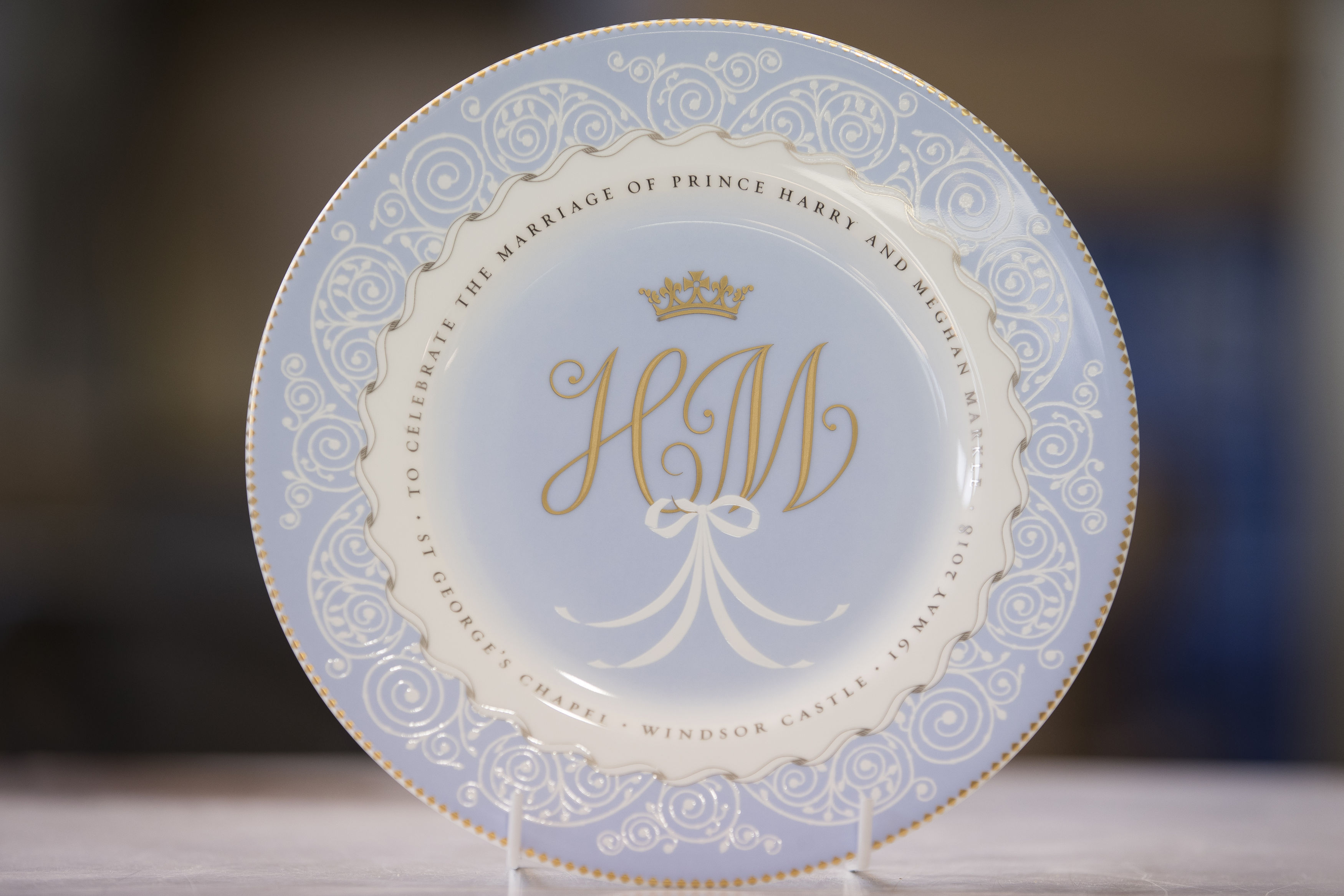 Tens of thousands of well-wishers flocked to Windsor to catch a glimpse of the couple on their wedding day on May 19 2018, with more than 11 million tuning in to watch the televised coverage.

Newspaper headlines declared "Harry Ever After!" and "Harry & Glorious - Joy at the wedding that rewrote royal rulebook".

But just 20 months on, the Queen's grandson and the American former actress are setting up home in Canada, after telling of their struggles, and now their hopes for a more peaceful future, amid plans to earn their own money.

Cornflower blue with white detailing, the official memorabilia featured a gold monogram of the couple's initials side by side, tied together with a white ribbon and surmounted by Harry's coronet.

Harry and Meghan would have approved the memorabilia, which included a miniature coffee mug costing £19.95, a standard coffee mug for £25, a pillbox at £35, a tankard for £39 and a plate at £49, before it was launched ahead of their high-profile wedding ceremony. 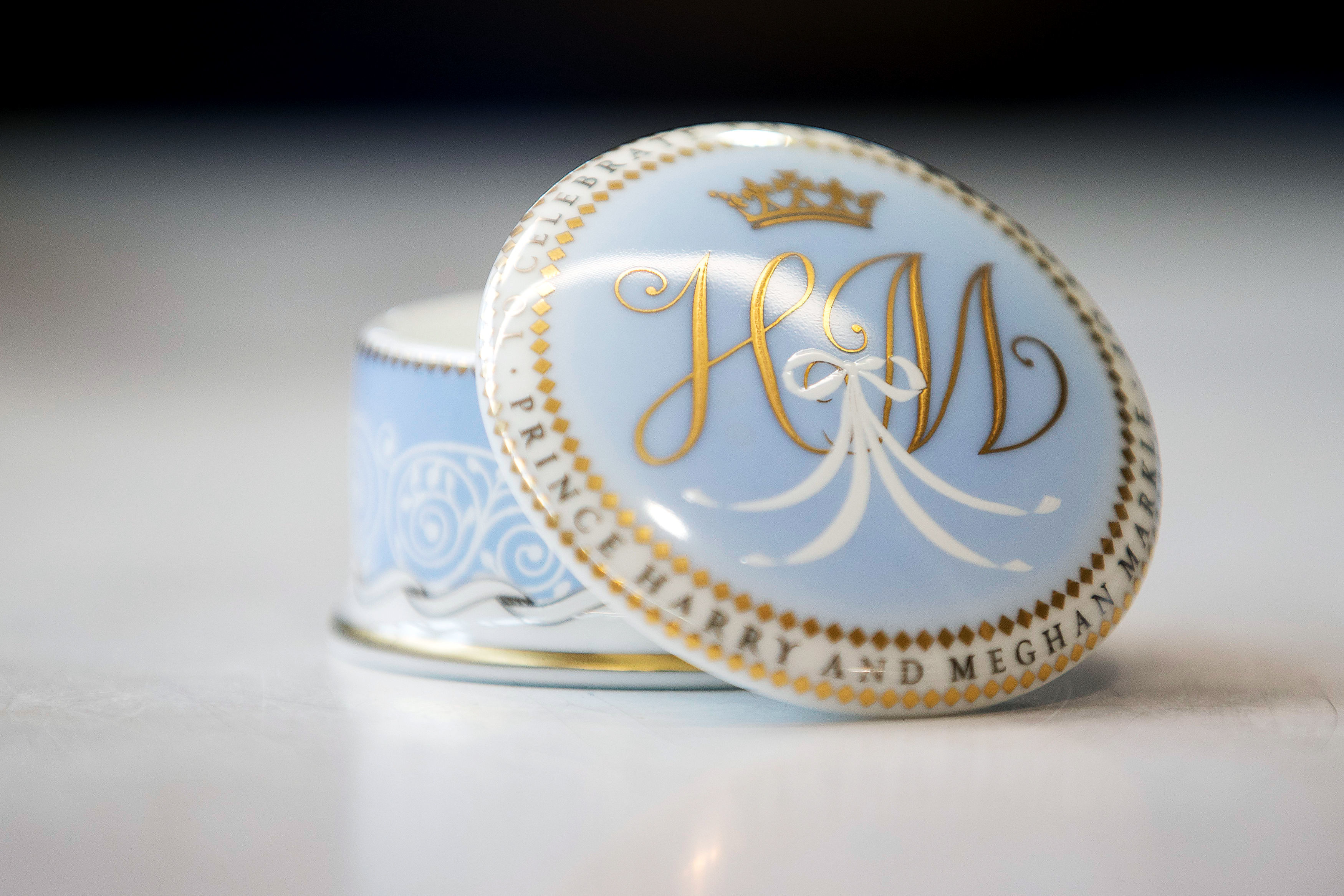 The items, along with souvenirs marking Prince Louis of Cambridge's birth and Eugenie's wedding, helped towards a record £21.7 million in retail income for the Royal Collection Trust in 2018.

The decorative border on each piece was inspired by the couple's wedding venue.

It was based on the stylised tree ironwork of the 13th century Gilebertus door of St George's Chapel at Windsor Castle.
(PA)