The Gibraltar Heritage Trust is inviting nominations from the public for this year’s round of Heritage Awards.

The awards have been presented annually by the Gibraltar Heritage Trust since 1993, awards will be made for outstanding sensitivity or contribution to Gibraltar’s heritage. 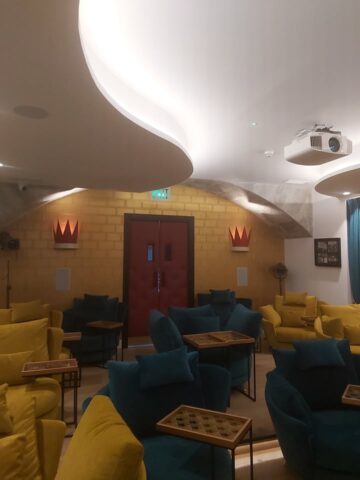 They may be made to an individual, including juniors under the age of 16, group, team, club, firm or company for a positive contribution, of any kind, that has enhanced Gibraltar’s heritage, or for exceptional, successful efforts in preserving a part of Gibraltar’s heritage.

“The object of the awards is to recognize heritage conservation projects and developments and encourage the involvement of the community in achieving high standards of restoration of buildings, structures and monuments in Gibraltar, thus promoting public recognition and awareness of Gibraltar’s heritage and history,” the Gibraltar Heritage Trust said.

“Consideration is given to the nomination of any Gibraltar-heritage related project such as the preservation or sensitive refurbishment of a building, structure, monument or historic garden, school projects, publications, heritage related events, a piece of research or a work of art, protection of an important tree or trees that would have been felled, or preservation of important records that would have been lost, recognition of the efforts of an individual who has worked towards the preservation of Gibraltar’s Heritage.”

The Junior Heritage Award will be awarded to projects carried out by a school, youth group or individual under the age of 16.

The Group Heritage Award will be awarded to companies, groups or developers.

Trust to individuals, groups or companies felt to have contributed to the positive promotion of heritage issues.

The Trust hopes that members of the public will participate by nominating candidates.

Closing date for nominations is September 13, 2022.

Further details about the awards and nomination forms can be obtained from the Trust’s office at the Main Guard, 13 John Mackintosh Square, Mondays to Fridays, during normal office hours or can be requested by email from exec@gibraltarheritagetrsust.org.gi or downloaded online: www.gibraltarheritagetrust.org.gi