The Minister for Heritage Dr John Cortes was presented with a new Heritage Award called the Chairman’s Award at the annual ceremony held in the Calpe Rowing Club.

The award was chosen by Chairman of the Gibraltar Heritage Trust Ian Balestrino with the criteria that it would be presented to someone who had provided support to the Chairman over the years.

A further seven prizes were awarded at this year’s annual Heritage Awards with some three individual awards, one group award and three commendations presented.

Louis Pereira, Gerald Lopez and Andrew Brookes were each presented with an individual award for their contributions, with the Ministry for Heritage being the sole recipient of a group award.

The group Heritage Award was awarded to the Ministry for Heritage for the translocation of the Dockyard Gatehouse. 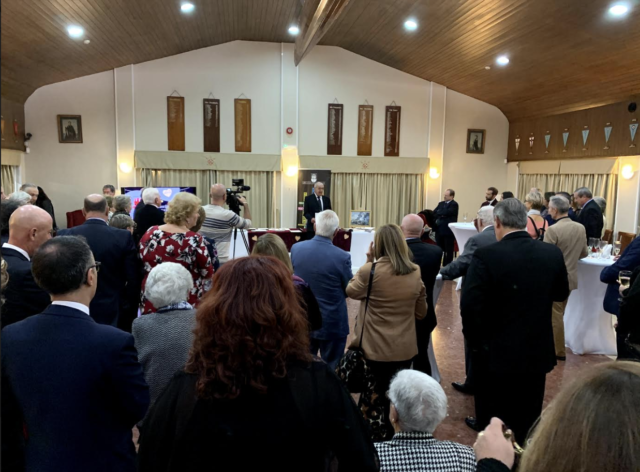 Mr Pereira received an award for promoting heritage awareness surrounding the evacuation and links with Madeira and Malta as well as genealogical research over many decades leading to the trees of over 100 families being researched and prepared.

For the sensitive restoration of the 'Villa' at Library Gardens Mr Brookes was presented with an award.

Idan and Ruth Greenberg received a Heritage Commendation for the sensitive renovation of 8-10 Booths Passage.

For sharing his oral history of the Old Army Bakery at Town Range Mr Lanigan received a Heritage Commendation.