By Luke Rix-Standing
When Hilton Worldwide re-entered public trading in 2013, it notched up the largest IPO (initial public offering) of any hotel firm in history. The company shifted 117.6 million shares totalling $2.34 billion, smashing the previous record by well over a billion dollars.

No one was even that surprised. Hilton was the largest hotel chain in the world, with 4,000 hotels and 670,00 rooms hosting 125 million customers a year, narrowly edging out arch-rival Marriott International. 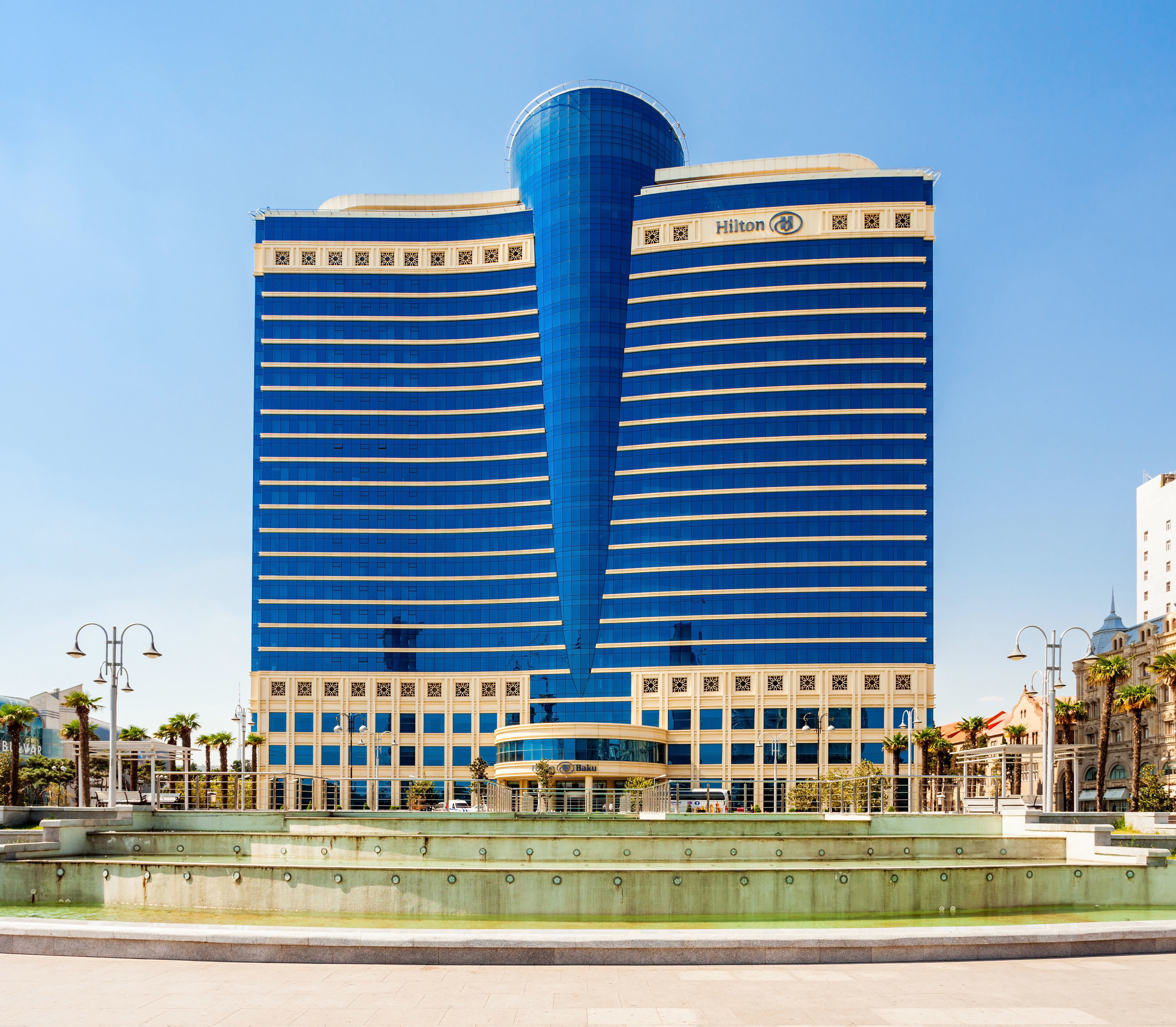 Here, as the brand celebrates its centenary year, we take a look at the founder, the family, and the properties that have made Hilton Hotels what it is today...
The fishbowl of fame

One of the great American dynasties, Hiltons are socialites by birth, and success has come with massive media attention. Founding father Conrad Hilton had three marriages - the pick of them to serial husband-haver and Hollywood A-lister Zsa Zsa Gabor, for whom he was the second of nine.

Hilton's son and heir Conrad Jr. had a similar penchant for marriage-happy film stars, and tied the knot with Elizabeth Taylor in 1950. The match was over a year later, and Taylor went on to marry six more times. 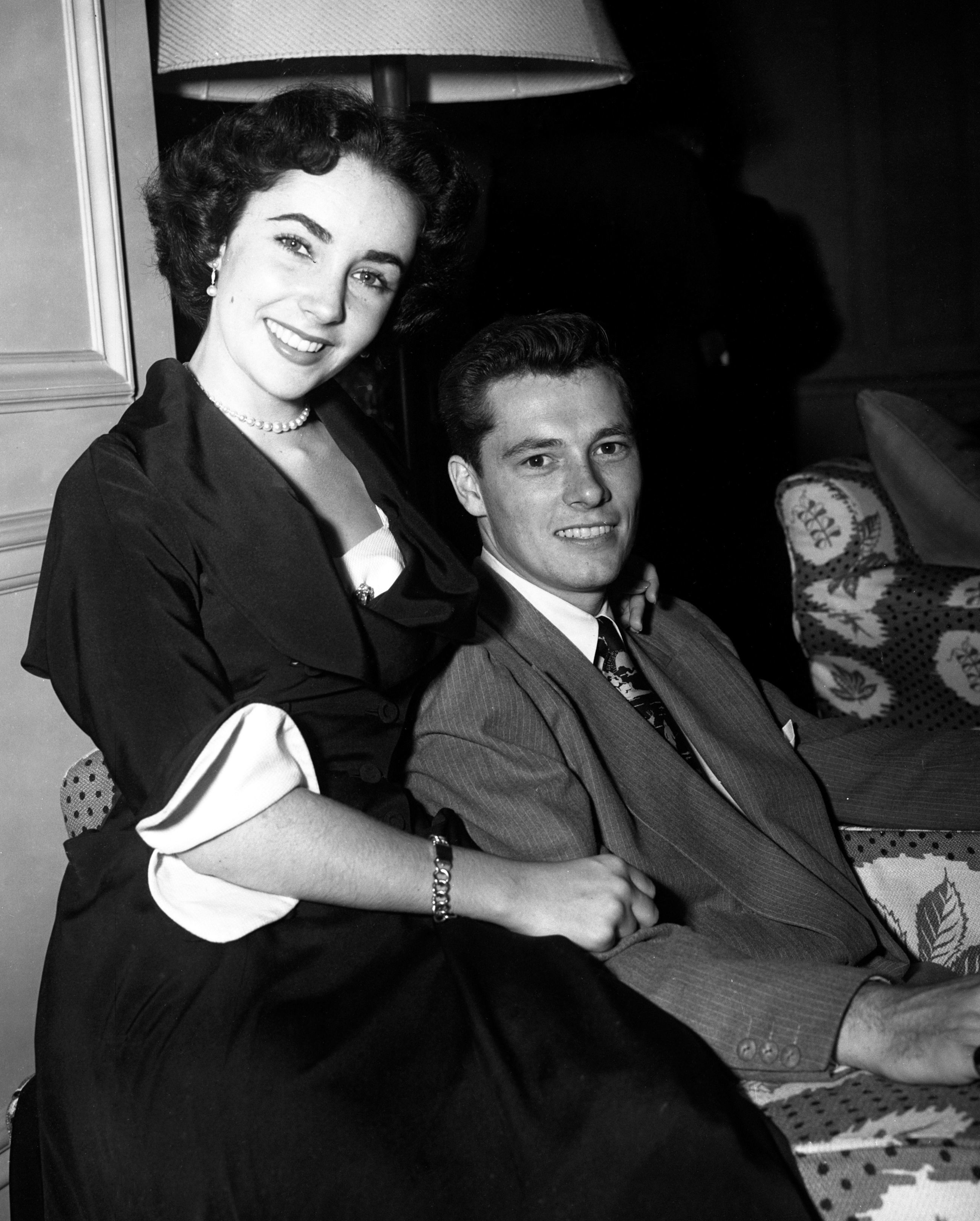 In more recent times, it's been great-granddaughter Paris who's filled their regular slot in the headlines. Synonymous with celebrity, she signed with Donald Trump's modelling agency as a teenager, published bestselling book Confessions Of An Heiress, and unwittingly starred in one of Hollywood's most notorious leaked sex tapes. "Everything bad that can happen to a person," she famously told Piers Morgan in 2011, "has happened to me." 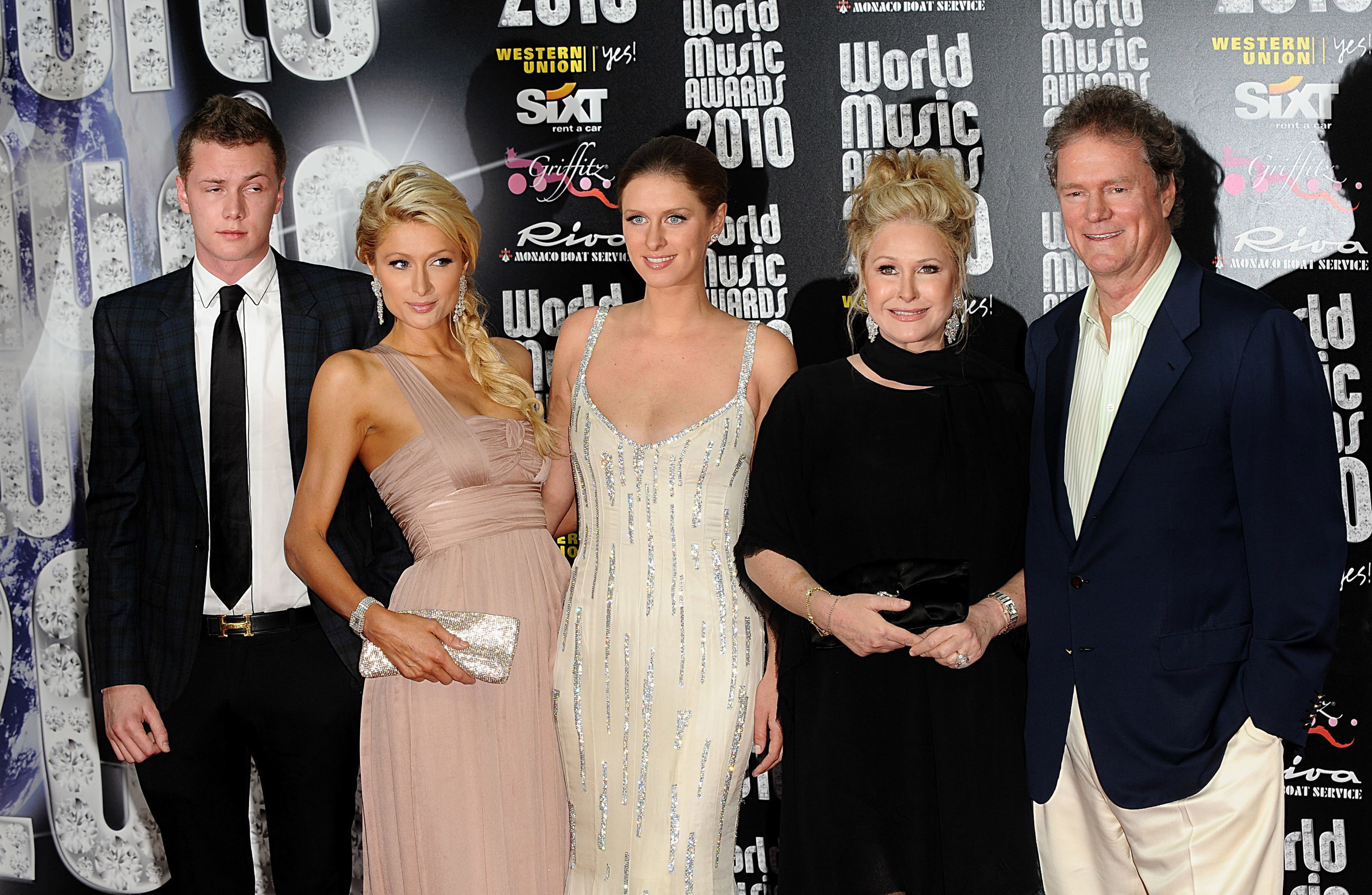 An American dream
As with all great American families, the Hilton story started abroad. Augustus Halvorsen Hilton was born on a farm in Norway, and moved to the US in 1870.

It was his son Conrad - one of seven children born in what is now New Mexico - that would make the family's fortune, but he started life with his siblings in the family grocery store. After college he dabbled in politics, before spending two years serving in France during the First World War.

He returned to a home in mourning - his father had died in a car crash while he was away - and needing to make a living. In 1919, he bought the 40-room Mobley Hotel in Cisco, Texas - in a classic Sliding Doors moment, he only opted for hotels because an attempted purchase of a bank fell through. 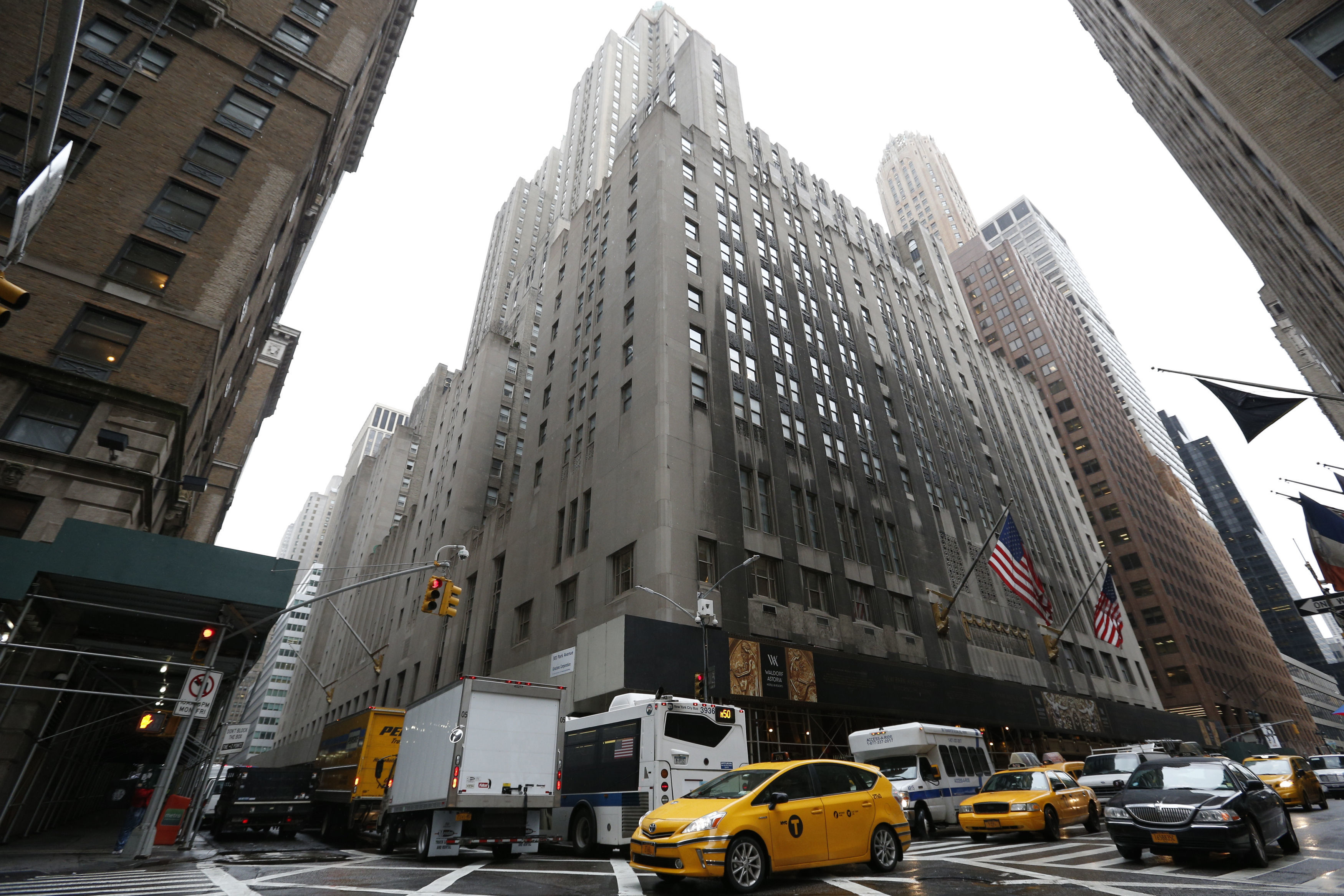 His new acquisition did booming business, and is now preserved as the Conrad Hilton Center, which houses the Cisco Chamber of Commerce and retains much of the original hotel's signage. Other Texan hotels followed, and in 1925 the high-rise Dallas Hilton became the first to bear the family name.

Hilton himself was extremely ambitious, staunchly anti-communist, and devoutly Catholic. He prowled his premises in a trademark Stetson, offering sermons on the virtue of hard work, and styled himself "the innkeeper of the world".

On one hand, he could be neurotically authoritarian - Gabor described their marriage as "the end of my freedom" - but on the other he was a tireless humanitarian with a genuine concern for his fellow man.

He was hit hard by the 1929 Wall Street Crash, enduring a rare flirtation with failure, but kept everything afloat through powerful work ethic and sheer will. "Success seems to be connected to action," he mused, "successful people keep moving. They make mistakes, but they don't quit."

His vision was ambitious not because he re-invented the wheel, but because he operated it on an unprecedented scale. His 1943 purchases of the Roosevelt Hotel and the Plaza Hotel - both stalwarts of Midtown Manhattan - made Hilton the first ever coast-to-coast hotel group in the US. 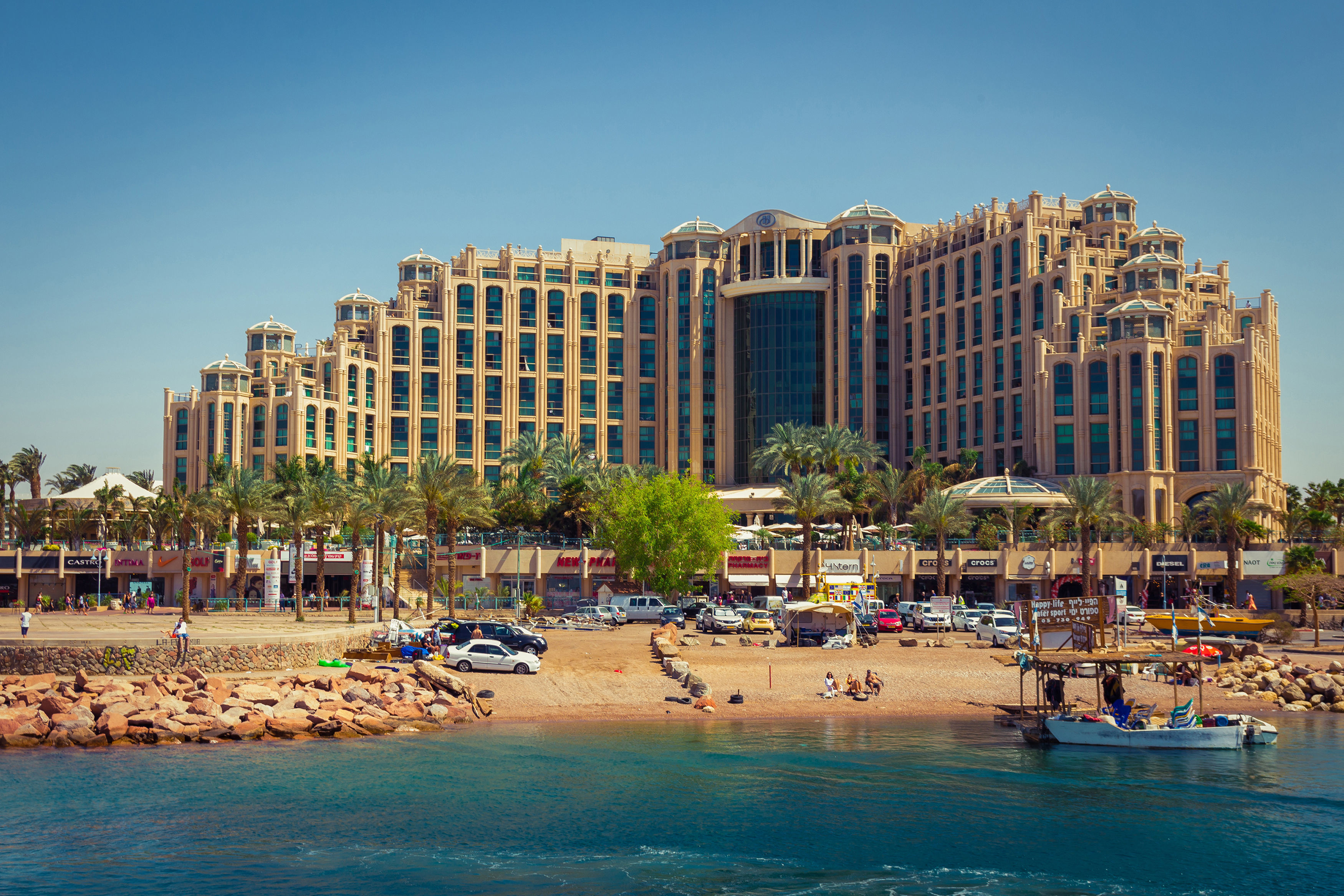 In 1949, he eyed up the legendary Waldorf Astoria Hotel in New York, which has hosted every President since Herbert Hoover. He used his own money to fund the purchase, and it remained his favourite until his death. In the same year, he became the first hotelier to grace the cover of Time Magazine.

His hotels did innovate too. In 1947, New York's Roosevelt Hilton became the first hotel in the world to install in-room colour television, while the Caribe Hilton Hotel in Puerto Rico claims to have given the world the Pina Colada.

In 1954, Hilton bought the Statler Hotel company for $111 million - then the largest real estate deal ever struck.

The more things change...
Through the 1960s, an ageing Conrad stepped back from day-to-day affairs in favour of his son Barron, though he remained chairman of the board.

When he died in 1979, he left half a million dollars to each of his sons, and a mere $100,000 to his daughter. Ever the philanthropist, the remaining bulk of his fortune was left to the Conrad N. Hilton Foundation, set up in 1944.

Through the Seventies and Eighties, Hilton diversified into a small army of different enterprises and brands, and down the decades the hotels have witnessed more historic moments than Forrest Gump.

John Lennon and Yoko Ono held their first 'Bed-In for Peace' at the Amsterdam Hilton, the Beverly Hilton witnessed the tragic death of Whitney Houston in 2012, while the ponderously-named Hilton Hawaiian Village Waikiki Beach Resort was the setting for infamous Elvis Presley movie Blue Hawaii.

John F. Kennedy gave his final speech at the Hilton Fort Worth, while the Conrad Pezula in South Africa welcomed Nelson Mandela as its first ever guest. Nicknamed "the hardest-working hotel in Hollywood", the Beverly Hilton has also hosted the Golden Globes every year since 1961.

In 2016, Hilton opened in its 100th country, with the Hilton N'Djamena in the central African nation of Chad. Now in its 100th year, you wouldn't bet against a few more.
(PA)