Himalayan trek raises over £3,000 for charity

The pair took up the tough challenge of a nine day trek to the basecamp of Annapurna which sits at an altitude of over 4,000 metres. 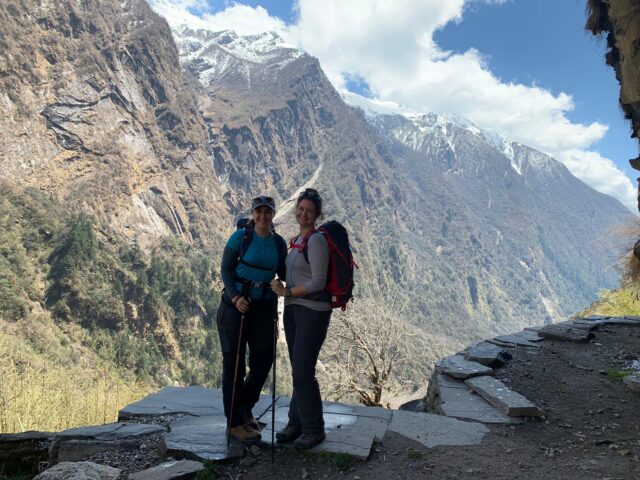 “The fantastic money raised of £3,355 was simply incredible but what was so special and emotional was the extra motivation and determination they gave the Charity to carry on with our work to raise awareness in Gibraltar of this horrible disease,” Louis Baldachino, founder of the charity, said.

“Learning the many challenges and difficulties they endured just demonstrated how far courage and believe can take you. An example to all survivors and fighters of this horrible disease to follow. Thank you Lauren and Alexandra.”

Back in April, Ms Linares and Ms Edwards completed a nine day trek to Annapurna Basecamp in the Nepalese Himalayas, situated at 4130m above sea level. 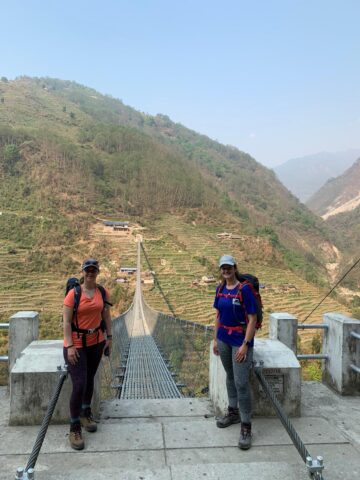 Originally, they had planned to undertake the challenge in April 2020, but was postponed due to the Covid-19 pandemic.

This year they were lucky enough to travel during a small window of opportunity where Nepal opened its borders to trekkers and climbers.

They decided to fundraise for the Pancreatic Cancer Awareness Gibraltar Charitable Trust, keeping them motivated on their journey. 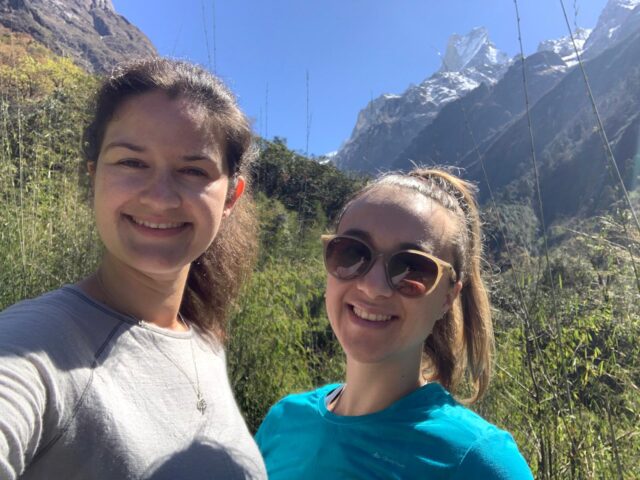 They chose to support this charity because it is very close to Ms Edwards heart as it was founded by her uncle Louis Baldachino, who himself is fighting the disease.

Annapurna is the tenth highest mountain in the world, it’s summit over 8000m tall. 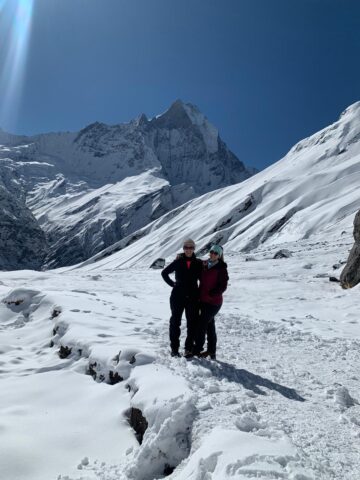 They found the trek was physically and emotionally challenging through rough terrain, avalanche zones and temperatures varying from 32’C to -8’C.

However, the unrivalled beauty and spectacular landscape of the Annapurna Sanctuary made it worth every step of their journey. 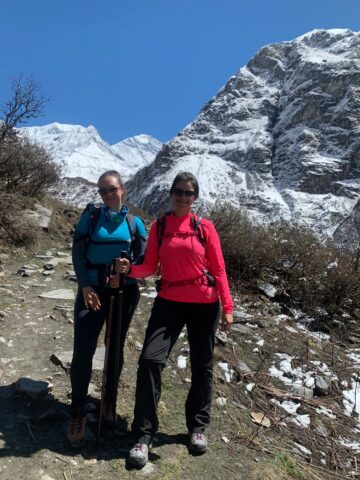 Ms Linares and Ms Edwards would like to thank everyone for their kind sponsorship and words of encouragement during an unforgettable journey for a great cause.