The flag of HM Customs (Gibraltar) was raised above No.6 Convent Place yesterday, marking 270 years since the first Customs officer was appointed in Gibraltar on May 14, 1750.

In a ceremony that took place under heavy skies at precisely noon, Customs officers lined up outside the Government building, where they were greeted by Chief Minister Fabian Picardo and John Rodriguez, the Collector of Customs.

“Her Majesty’s Customs Gibraltar has been represented now for 270 years and in modern times you represent one of the most important measures of our prosperity in the collection of duties of items coming into Gibraltar,” Mr Picardo said. 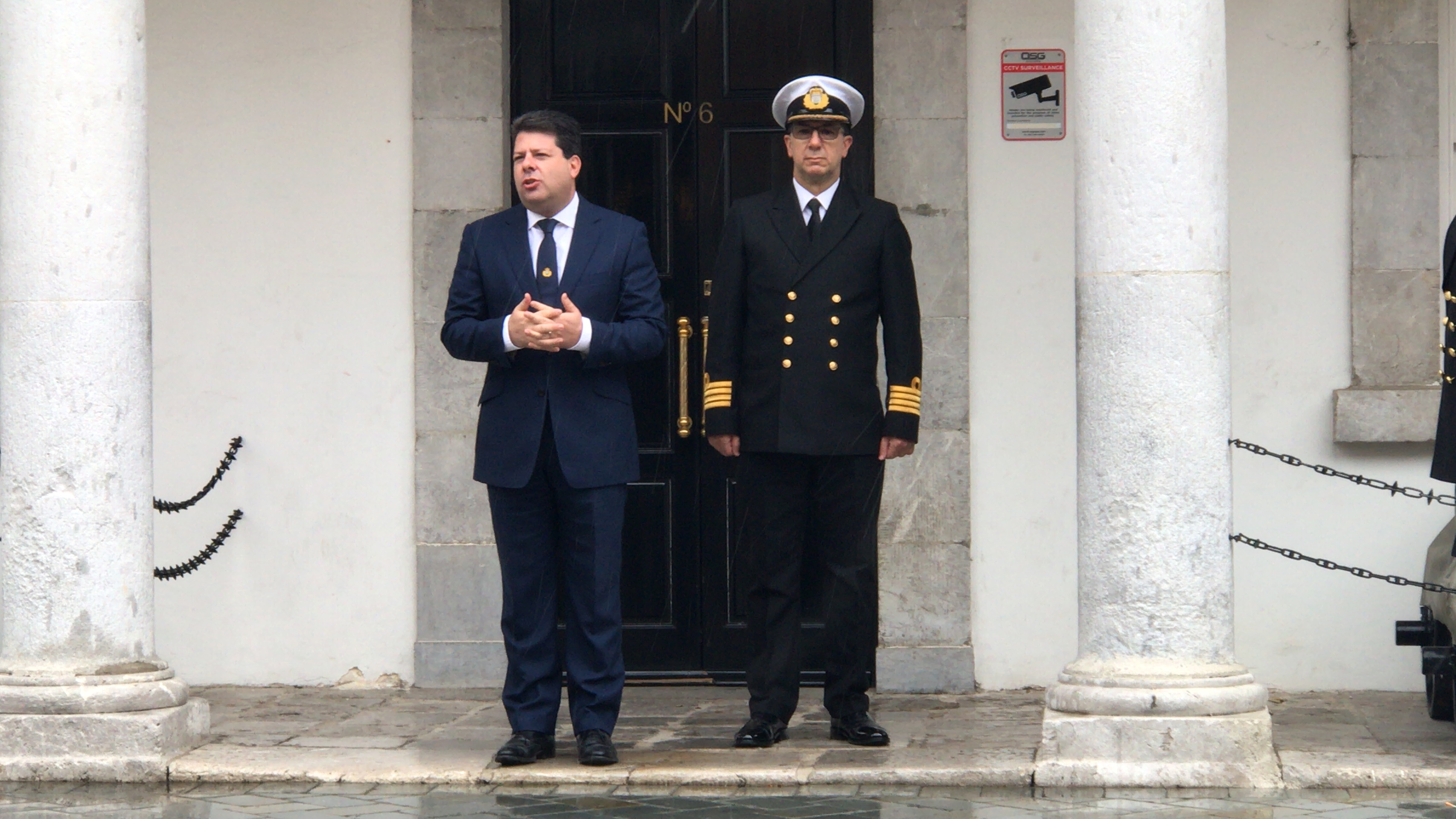 He said everyone in Gibraltar must understand that the words ‘Anything to declare’ have a special meaning for the Rock.

“Thank you very much indeed and congratulations on your 270th anniversary,” he added.

The Chief Minister was also presented in his office with a slice of birthday cake that had been prepared for the celebration.

Taking to social media and posting a picture of the cake, he wrote: “For you I made the ultimate sacrifice’, a tongue-in-cheek nod to his early post of being back training on his treadmill. 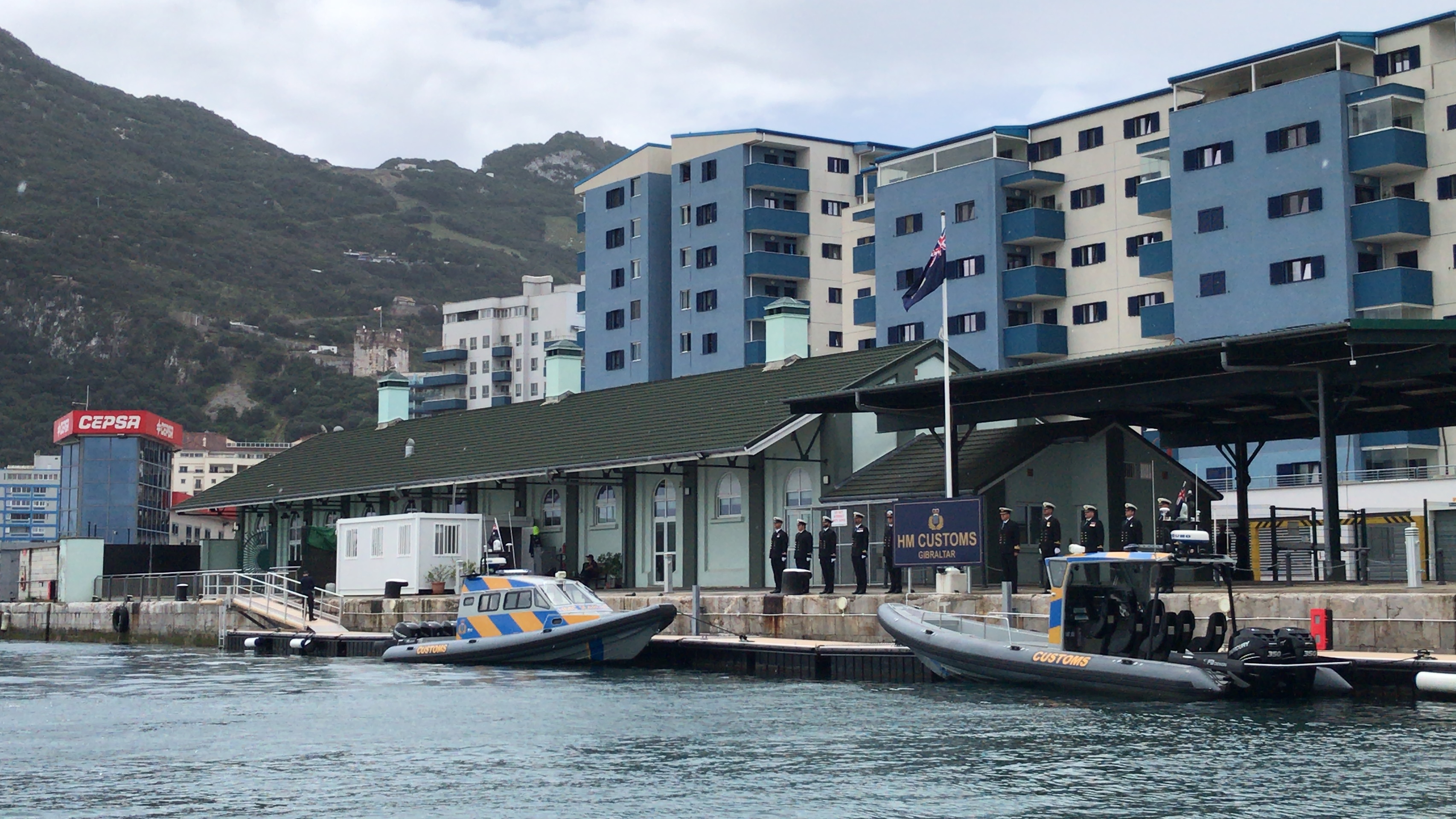 After the ceremony at No.6 Convent Place, a further event was held at the refurbished Customs HQ in Waterport, where the flag was also raised and Mr Rodriguez addressed the officers present.