How a Gibraltar business chipped in to help group escape Afghanistan

A locally-based businessman and a team from the World Trade Center Gibraltar (WTCG) have played a key role in getting 92 people from the Afghan capital Kabul to “relative safety” in Islamabad in neighbouring Pakistan, and are now calling on locals to help.

In a plan dubbed ‘Operation Magic Carpet’, the owner of WTCG, Greg Butcher, and his team offered financial assistance for the safe evacuation of 91 people, including 33 children, two months ago.

And on route to their destination in Pakistan, the caravan of evacuees became 92 with the birth of a little girl who was named after one of the volunteers who helped them. 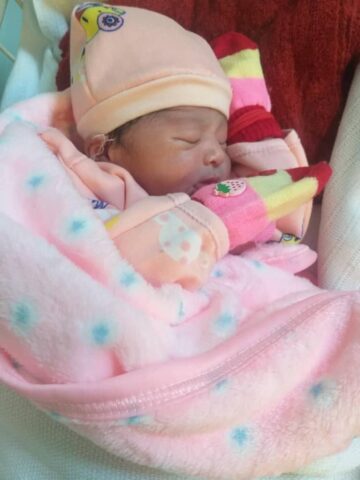 Now that they are in Islamabad waiting before they can move on to third countries, Ed Allison-Wright, one of the WTCG team members involved in the operation, is asking locals for their help.

“Everyone always thinks this is to do with fundraising, and of course fundraising is fundamental and we really do need that sort of assistance, but there are also loads of things that anyone can do to help,” he told the Chronicle.

“There are over 30 kids there who are going to be cooped up laying low now until they go to third countries.”

“If there are supply teachers in Gibraltar that might want to go on Zoom calls and do some English lessons, for example, that would be amazing.”

“There are loads of things we can do. To at least help them in the time being until we can secure a third country.”

Mr Allison-Wright explains that Pakistan only gives the group relative safety due to the increasing numbers of refugees in Islamabad, which is causing unrest in the country and is a brewing humanitarian crisis.

Following the fall of Kabul to the Taliban on August 15, an evacuation operation from Hamid Karzai International Airport took place with scenes of people desperate to board planes, some falling to their deaths as they clung on to the side of military planes leaving the airfield.

The heart-breaking images prompted Mr Butcher and his team, together with other partners from the UK and USA, to fund a $300,000 operation that would lead a group of people to safety.

Among them are 60 former staff members and their dependents of the international arm of the animal welfare charity “Mayhew London”, former NATO and MoD liaisons and a team of veterinarians, with their respective families.

In addition, they were able to secure the safe passage of six four-legged family members.

“The sense of relief, sadness and uncertainty will no doubt be overwhelming for this group, as they now embark on a new life outside of their home country, having left everything but a few belongings behind,” said a statement from the WTCG.

The journey undertaken by the evacuees through Afghanistan took them to Southern Kandahar, a Taliban stronghold, from where they crossed over the Spin Boldak border into Pakistan.

Operation Magic Carpet were put in touch with an extraction team and travel documents were arranged to allow the group entry into Pakistan, as well as their safe transit across that border.

“The operation took between six weeks to two months so it has taken a long time to get them all across,” said Mr Allison-Wright.

Everybody made the journey from Kabul, he added.

A statement from the WTCG said British-based animal welfare campaigner Dominic Dyer, internationally recognised for his work in evacuating Pen Farthing and his Nowzad employees and animals from Kabul in August, played a leading role in the rescue operation, working alongside a British vet and a Jerusalem-based translator.

“It has been immensely tough for all concerned, but these are the lucky ones, people for whom there is, at least, the chance of a better future,” said Mr Dyer.

“The rout of US, UK, and other forces from Kabul, leaving almost the entire country in the hands of the Taliban, means the prospect for millions is bleak indeed.”

“Operation Magic Carpet could not help everyone, but this extraordinary band of committed individuals have done what they can for the Kabul 92.”

“Every life is precious, and I will now be asking Britain and other nations to open their doors to these talented individuals who are looking for a safe place to call home,” he added.

Mr Butcher called Operation Magic Carpet a miraculous coming together of volunteers in a time of need.

“Almost everyone will have seen the harrowing photos of the humanitarian disaster that is increasing in its intensity, with uncontrolled terror groups conducting retribution killings more frequently by the day,” he said.

“I learnt of an Afghan Colonel who had worked with Coalition Forces, including Canadian, British and US representatives, having attended a NATO conference in Brussels and an Afghan team leader of a major British sub-contractor security firm, based in Kabul.”

“They were all at risk of retribution at the hands of the Taliban and needed to be rescued as well.”

“At World Trade Center Gibraltar, we believe that large corporations have a specific role to play in society, one of humanitarian action, sustainable development, and corporate social responsibility. These principles and values guide us in our daily lives and throughout all our business endeavours.”

“We are partners and friends and seek to support marginalized communities, non-profits and charitable groups that align with our mission. When we learned of the developing crisis in Afghanistan and heard that others were trying to find a way to get those individuals out, some of whom were female and therefore at considerable risk in Kabul, we could not turn away the chance of helping.”

“They and their children were desperate to leave and were without any hope of doing so, so we teamed up with those other kind people to try and get a total of 92 people out of Afghanistan. I am so glad we worked tirelessly to achieve this.”

“It really is a life and death situation, with the international community now calling on the Taliban to enforce an amnesty for former Afghan security personnel. We have just read that human rights groups cite scores of ex-soldiers have been rounded up and then executed since mid-August.”

“The retribution has started, and we owe it to those who supported the Coalition to save them.”

“On the arrival of the 92 in Pakistan, it’s been hard thinking what might have happened to them had we all not intervened.”

“Their new lives and future are filled with uncertainty, and now we need to urgently get these brave now-stateless English-speaking people into a refugee resettlement program.”

Contact Mr Allison-Wright at eaw@worldtradecenter.gi for any information on how assistance can be provided.