Back To Login
Brexit Local News

A political agreement has been reached for Gibraltar’s future relationship with the EU.

The in-principle agreement paves the way for a UK/EU Treaty seeking "maximised unrestricted mobility" of persons and goods across Gibraltar’s border with Spain, avoiding a damaging hard Brexit for the Rock at midnight on New Year's Eve.

After days of intense discussions and with just hours to go, negotiators from Gibraltar, the UK and Spain finally reached consensus, laying the foundations of a framework that will redefine the Rock’s relationship with its nearest neighbour.

Chief Minister Fabian Picardo said the agreement did not breach Gibraltar's red lines on sovereignty but would allow it to "reset" its relationship with Spain in a more positive light.

"This has been a difficult process," he told reporters at a news conference.

"We have been battling the tide of history."

"But with agreement in principle, we hope to start to see the future come into view."

"We are at the beginning of the creation of an area of shared prosperity."

"That is what this moment must represent."

"That is what we want to see, great economic growth. We want to see greater cooperation."

"And we want to see greater prosperity become a material reality for the whole of Gibraltar and the whole of the region around us."

The Chief Minister underscored his government's belief that this was a safe deal for Gibraltar.

"There are no aspects of the framework that has been agreed that in any way transgress Gibraltar's positions on sovereignty, jurisdiction or control," he said.

"And that is not just my opinion. It is also the opinion of all members of the Gibraltar cabinet who I have briefed this morning."

"I've also had this specifically confirmed in writing by the Attorney General of Gibraltar, Michael Llamas, QC." 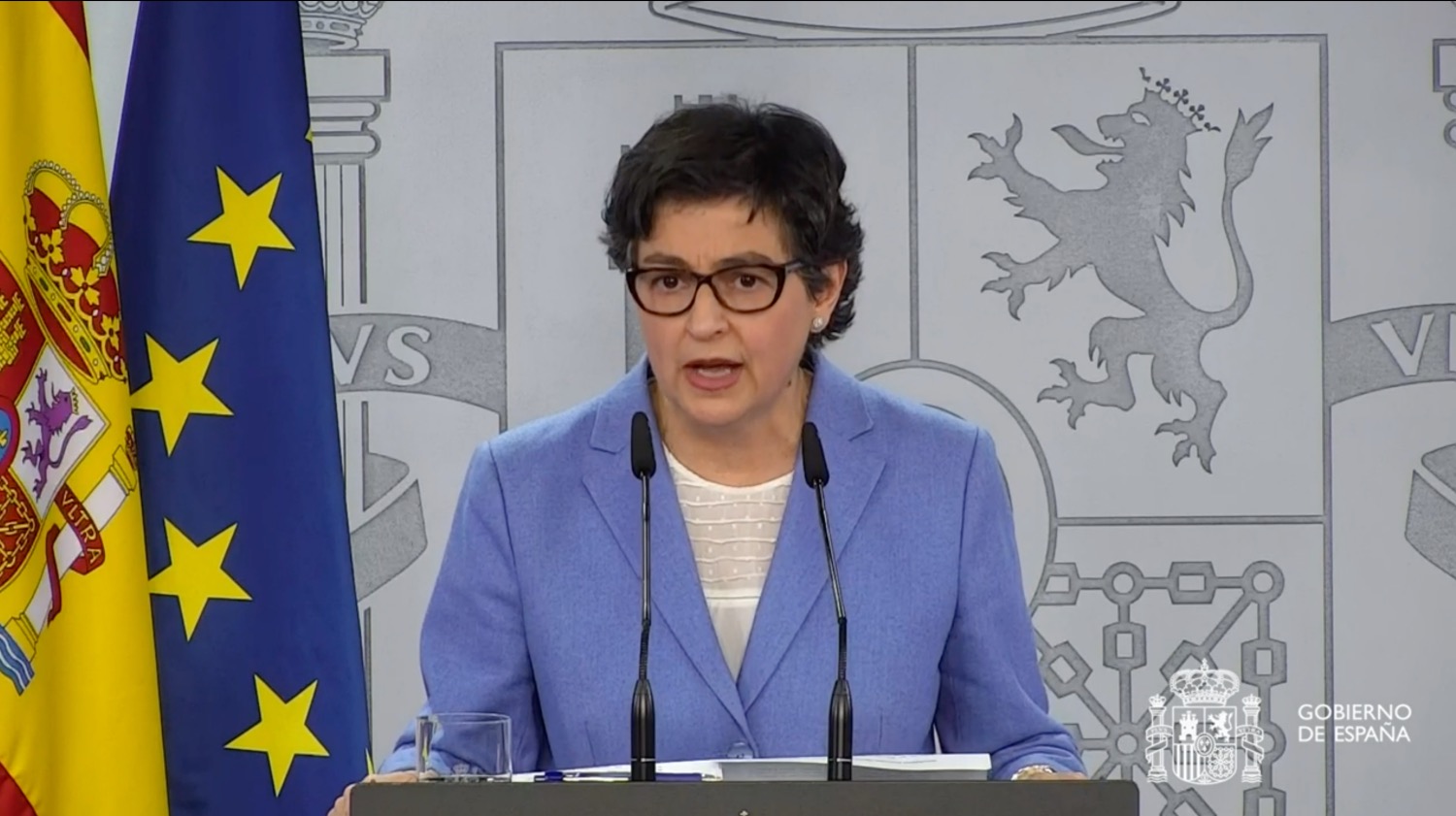 The news was first announced by Spain’s Foreign Minister, Arancha Gonzalez Laya, during a press conference in Madrid.

The agreement, which envisages an initial four-year period, will mean an end to immigration checks at the land border.

Instead, Schengen controls applied at Gibraltar's airport and port "with the assistance" of Frontex officers, she said, without being drawn on technical details of how this will work in practice.

Mrs Gonzalez Laya said Spain, as a Schengen member, would be "the guarantor" of those checks to other Schengen countries.

"We are bringing down barriers to create an area of shared prosperity," she told reporters.

“This is a day for hope, a watershed moment for the beginning of a new relationship.”

The agreement was welcomed too by the UK Government.

"Today, working side by side with the Chief Minister of Gibraltar, and following intensive discussions with the Spanish government, we reached agreement on a political framework to form the basis of a separate treaty between the UK and the EU regarding Gibraltar,” said Dominic Raab, the UK Foreign Secretary.

“We will now send this to the European Commission, in order to initiate negotiations on the formal treaty.”

“In the meantime, all sides are committed to mitigating the effects of the end of the Transition Period on Gibraltar, and in particular ensure border fluidity, which is clearly in the best interests of the people living on both sides.”

“We remain steadfast in our support for Gibraltar, and its sovereignty is safeguarded.”

Prime Minister Boris Johnson hailed the agreement in a tweet.

"I wholeheartedly welcome today’s political agreement between the UK and Spain on Gibraltar’s future relationship with the EU. The UK ... will remain totally committed to the protection of the interests of Gibraltar and its British sovereignty," he said. 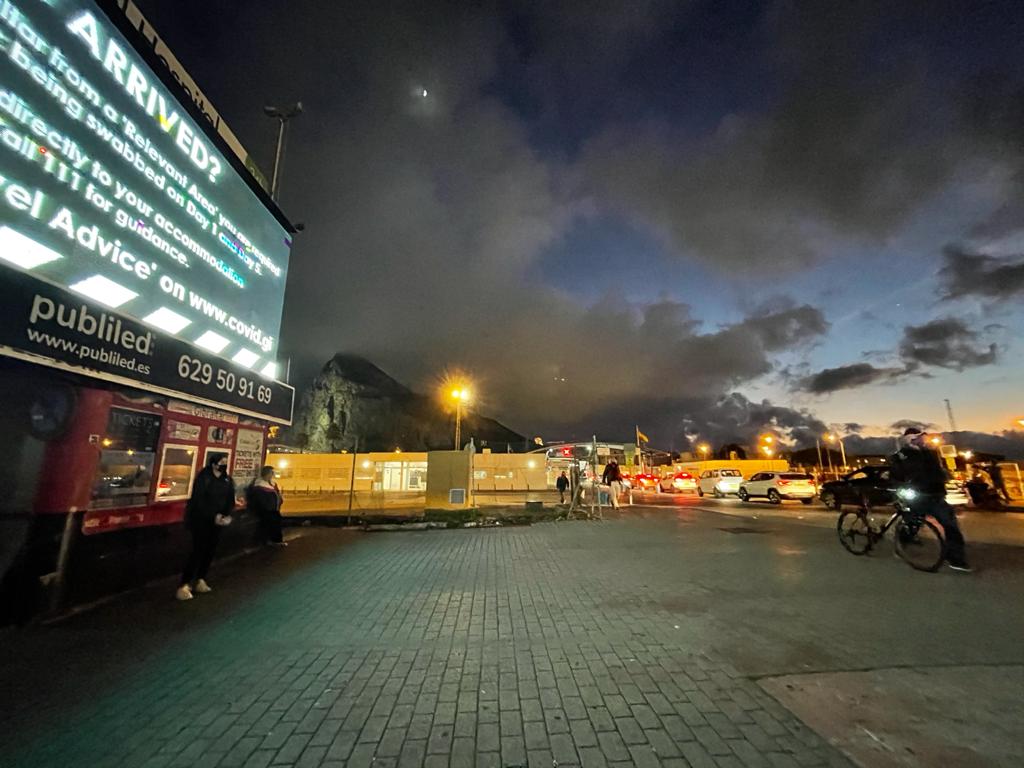 The first practical effect of the agreement is that Gibraltar avoids a hard Brexit at midnight on December 31 and the disruption that would have brought to the border.

For now, the border is unlikely to change other than as a result of any Covid restrictions that may come into force in the coming days and weeks on either side.

Mrs Gonzalez Laya said it would operate "flexibly" within the limitation imposed by the public health pandemic.

In the longer term, if the treaty is finalised, it will mean radical change at the border.

“At the border, the practical result is that the fence comes down,” Mrs Gonzalez Laya said.

Speaking in Gibraltar, the Chief Minister reassured Gibraltarians that an end to immigration controls at the border did not mean less security.

Instead there will be “enhanced” security using technological means including facial recognition cameras as well continued law enforcement presence.

The agreement will mean too that Gibraltar will have access not just to Interpol databases, but also EU information systems too.

"Indeed I would say that Gibraltar will be even more secure in future, because we will have more electronic surveillance than we do today,” Mr Picardo said.

"We will have an even safer and more secure Gibraltar in the future than we have had today," he added.

The agreement means that the airport and the port will become external borders of the EU.

None of the three governments offered any details on the practical arrangements of how Frontex would operate here for the initial four-year period.

Details of those practical arrangements have yet to be finalised.

The deal is only possible because Spain, as the Schengen member state, has agreed that the territory of Gibraltar should be allowed to adhere to the Schengen zone.

"Spain, as a member of the Schengen group, is extending the opportunity to enter into the Schengen area if you enter one of the entry points of Gibraltar [the port and the airport]," Mr Picardo said.

"The principle of Schengen is that all parties trust each other to permit entry into the zone because all will uphold the same standard of European border management to ensure the safety and security of everyone in the region."

But Mr Picardo stressed that there would be no Spanish officers present in Gibraltar under this agreement.

Speaking at No.6 Convent Place, Mr Picardo said the detail of the treaty will be negotiated over the coming six months.

The Chief Minister said there were disagreements between the negotiating teams over many aspects of the arrangements and what should happen after the initial four-year period.

"People will not have to guess very much what the Government of Gibraltar will insist should be the position at the end of the four-year period," Mr Picardo said.

Asked whether people should be concerned about the presence of Spanish immigration officers after that period, he replied: "Absolutely not."

He added too that the responsibility of the Borders and Coastguard Agency in Gibraltar would “grow” once the Frontex team was on site, not least because the agreement will open up opportunities for flights from the Rock to Schengen countries.

"You're going to see two agencies...work very closely together," he said.

Likewise under the treaty, residents of Gibraltar will be allowed to travel throughout the Schengen member states.

They will also have different immigration protocols.

"We anticipate that those who are residents of Gibraltar, of whatever nationality, will have the ability to enter and exit Schengen like Schengen nationals, and those who are not resident in Gibraltar or the rest of the Schengen area, will then have to go through the third country national check," he said.

UK nationals, he added, would have to show their passports "as they do today".

The agreement has been difficult to reach and negotiators were working until the early hours of Friday morning as they ironed out the final kinks.

Visibly exhausted at the press conference, Mr Picardo thanked ministers in the UK and Spain – they returned the favour in their respective public comments – and reflected on the fact that the agreement had been reached thanks to the commitment of "two giants".

"And yet, they have had the vision to work with us to deliver these arrangements which will hopefully lead us to a more permanent arrangement under the treaty."

"I think it's important that Gibraltar understands the value of this and that Gibraltar also doesn't ever forget who it is, what it is and how we punch above our weight, but we need to understand also how this opportunity was not one to turn down, but it had to be properly put into a context which was acceptable I hope to every Gibraltarian who understands, with care, what we have done."