Hannah Gurga, the Director General of the Association of British Insurers. Photos by Johnny Bugeja.

Hannah Gurga, the Director General of the Association of British Insurers (ABI), praised Gibraltar’s “thriving, robustly regulated financial services sector” on Tuesday, adding its business-friendly approach could offer inspiration to others including the UK.

Ms Gurga was addressing 140 guests at a breakfast seminar in the Gherkin building in the City of London, part of the Gibraltar Day in London events this week.

She reflected on the implications for the insurance sector of vehicle automation and the decarbonisation of transport.

She also spoke about post-Brexit regulatory developments in the UK, where draft legislation currently being debated in the UK Parliament aims to give regulators the secondary objective of promoting economic growth and competitiveness.

“While the new objective is very welcome, we believe it must be accompanied by specific and robust reporting criteria so that Government and Parliament can hold the regulators to account,” she said.

“And ultimately to ensure a meaningful change in the regulators’ approach.”

“Dare I say the UK could take some inspiration from Gibraltar, in creating a regulatory environment that is welcoming to business, and promoting economic growth?” 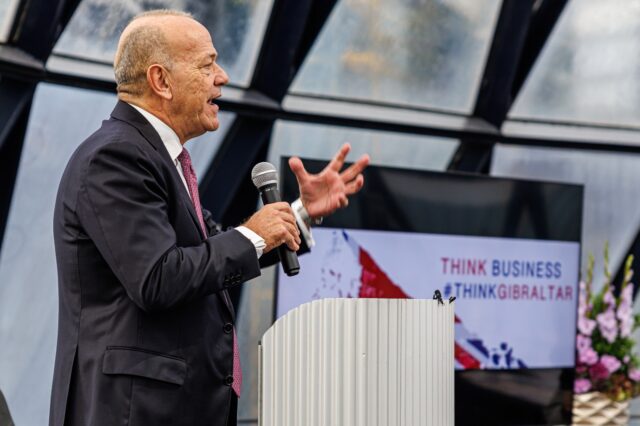 Gibraltar-based insurers account for over 30% of the UK motor insurance market, with 40 insurers now based in Gibraltar selling services to the UK market, including start-up ‘insurtech’ innovators such as Zego and Marshmallo.

Gibraltar secured continued access to the UK market as a key initial step in responding to the Brexit challenges following the 2016 referendum, a move that protected the lion’s share of business for companies in the financial services sector.

The UK has since published the legal framework for reciprocal market access between Gibraltar and the UK in financial services, known as the Gibraltar Authorisation Regime (GAR).

Ms Gurga said it was important that the ABI was attuned to the needs of its Gibraltarian members and that it represented those interests and built on the foundations that were already in place.

She said that, during her visits to Gibraltar, she had been struck by the strength of the relationship between the Gibraltar Government and the Gibraltar Financial Services Commission, and how both believed in the same goal: “Making Gibraltar home to a thriving, robustly regulated, financial services sector.”

Albert Isola, the Minister for Digital and Financial Services, also addressed the seminar and highlighted the crucial importance of Gibraltar’s post-Brexit access to the UK market. 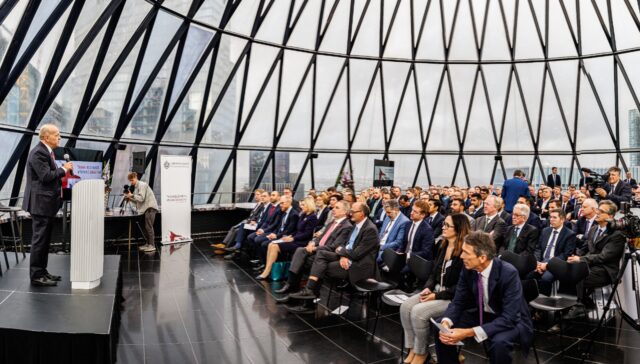 “The insurance sector has been a key component of Gibraltar’s financial services sector for over 20 years and during my time in office since 2013, Gibraltar insurers’ collective share of the UK motor insurance market has grown from around 11% to over 30% today,” Mr Isola said.

“This event was last held in November 2019 and during the three intervening years we have dealt with both Brexit and Covid and importantly the United Kingdom Government has published the legal framework for reciprocal market access between Gibraltar and the UK in financial services known as the Gibraltar Authorisation Regime.”

“The GAR gives Gibraltar unique market access into the UK not available to any other British Overseas Territory, Crown Dependency or third country.”

“Such market access offers opportunities for Gibraltar to further diversify its insurance sector widening the appeal of the jurisdiction for other classes of non-life business and the development and growth of our small life insurance sector.”

“We are seeing interest from a more diverse group of applicants which we believe reflects the continuing attraction of Gibraltar for new and innovative insurance businesses.”

The seminar also heard a presentation from James Rakow, an actuarial partner at Deloitte in London, on the comparative performance of Gibraltar and UK motor insurers.

Then followed a panel discussion with expert input from Ms Gurga and Mr Rakow, who were joined by Robert Chaplin, an insurance partner at Skadden in London, and Kristian Menez, a Director of Prudential Supervision at the Gibraltar Financial Services Commission.