Scientists on Wednesday announced the landmark discovery in Ethiopia of a nearly complete skull of an early human ancestor that lived 3.8 million years ago, a species boasting an intriguing mixture of apelike and humanlike characteristics.

The fossil dubbed MRD, which provides insight into a pivotal period for the evolutionary lineage that eventually led to modern humans, belongs to the species Australopithecus anamensis, which first appeared roughly 4.2 million years ago.

This species is considered the direct ancestor of Australopithecus afarensis, the species best known from the famous partial skeleton nicknamed Lucy unearthed in 1974 about 35 miles (56 km) from of the site in the Afar region of Ethiopia where the MRD skull was found in 2016. Lucy dates from about 3.2 million years ago. 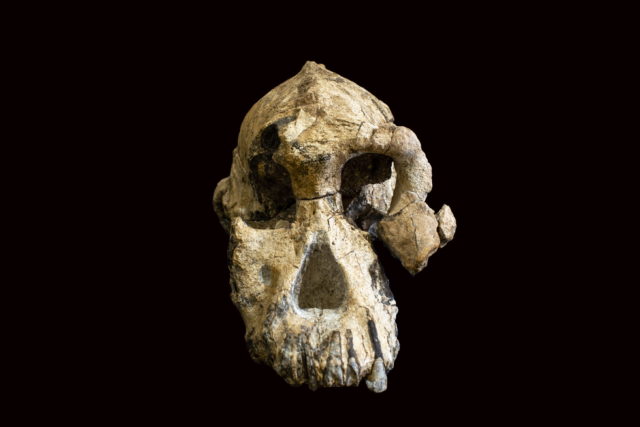 MRD and Lucy together stand as watershed fossils for illuminating early human ancestors.

"This is once-in-a-lifetime discovery, and there was nothing more exciting than that," said Cleveland Museum of Natural History paleoanthropologist Yohannes Haile-Selassie, a leader of the research published in the journal Nature. "We are talking about the most complete cranium of an early human ancestor ever found in the fossil record older than 3 million years."

Until now, the only Australopithecus anamensis cranial remains were isolated jaw fragments and teeth, making it difficult to fully understand the species. The skull is critical for learning about a species' diet, brain size and facial appearance.

The discovery finally allows scientists "to put a face to the name" regarding Australopithecus anamensis, said paleoanthropologist and study co-author Stephanie Melillo of the Max Planck Institute for Evolutionary Anthropology in Germany.

"The anatomical features in this skull help us to characterize this species, which in turn inform our ideas about the evolutionary relationships among species," Melillo added.

MRD's species, which was bipedal but may also have been able to move around in trees, was much smaller than modern humans. 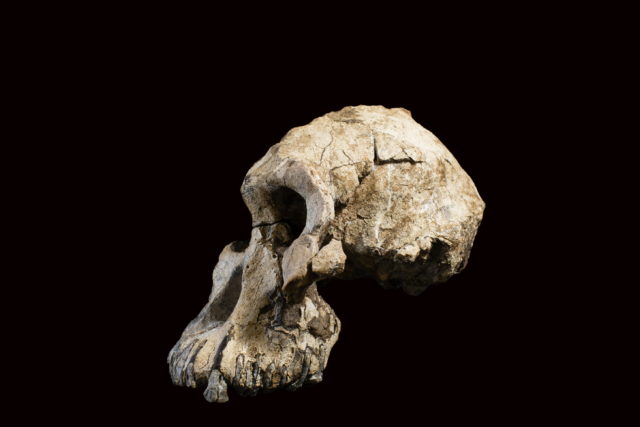 Its skull, found about 340 miles (550 km) northeast of Ethiopia's capital Addis Ababa, measures about 8 inches (20 cm) front to back and 4.5 inches (11.5 cm) wide. Previous research suggested the species reached about 5 feet (1.5 meters)tall, but the researchers did not give a height estimate for this individual, apparently an adult male.

'A PRIMITIVE FACE'
The upper jaw, sticking out of the ground, was the first piece found, leading to the recovery of the rest of the skull.

"What we see in the new cranium is like a primitive face," Haile-Selassie said.

It had a robustly built and long face with protrusive jaws and a well-developed "sagittal crest," a ridge of bone atop the head indicating strong jaw muscles. The researchers said it apparently inhabited arid shrubland near a river delta and lake.

It hails from a time between 4.1 million and 3.6 million years ago when early human ancestor fossils are exceptionally scarce.

The evolutionary lineage that led to people split from the chimpanzee lineage roughly 6 million to 7 million years ago, gradually acquiring traits such as bipedal walking, flatter face and increased brain size through a succession of species. Our species, Homo sapiens, appeared roughly 300,000 years ago in Africa.

In scientific parlance, MRD's species was a hominin, a group consisting of modern humans, extinct human species and immediate ancestors including various Australopithecus species. MRD's skull shows a combination of primitive traits seen in older species as well as characteristics resembling those in later hominins. 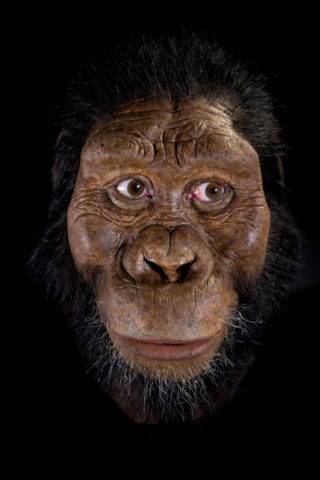 In MRD, there are some primitive features similar to those in an earlier group called Sahelanthropus, including a long and narrow shape of the braincase and the shape of the location on the back of the skull where the neck muscles attach.

MRD also shows a reduction in canine size from older species, though these teeth are still larger than Lucy's species, as canine size progressively diminished among later hominins. Some aspects of its face foreshadowed traits in later species such as the structure of the cheek bones, which anchor important chewing muscles.

Until now, the earliest Australopithecus anamensis fossils were 3.9 million years old. The MRD fossil's age indicates this species co-existed for approximately 100,000 years with Lucy's species, challenging previous notions that the earlier species had evolved into the later one with no overlap.

"The fact that these two very closely related species were overlapping both temporally and spatially brings up new questions about whether they were competing for resources like food or space," Melillo said.

"What we're seeing here is that our evolution was not entirely characterized by a linear transformation by one species to another," Haile-Selassie added.

The Rock Shadows throwback to the 60s tonight

Youngsters learn about the Zarzuela in cultural workshop