Jose Netto, a lifelong trades unionist who for decades contributed to the development of the modern Gibraltarian community, has donated his personal collection of books on Gibraltar to the University of Gibraltar.

The books, both in English and Spanish, include editions published locally, in the UK and Spain, most of them now out of print.

Together, they represent a valuable repository of writing about the Rock spanning centuries.

Collected over several decades, the collection reflects contemporary moments in the history of the Rock and provides rich insights into the political issues affecting this community and the neighbouring Campo. 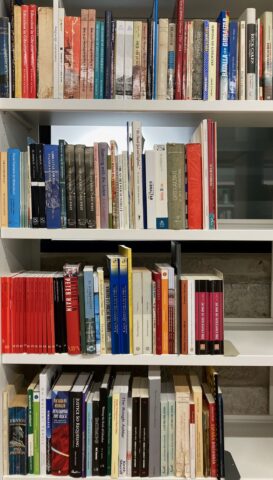 The oldest book in the collection is a copy of Diego Lopez De Ayala’s ‘Historia De Gibraltar’, which was published in 1782.

Born in 1931, Mr Netto has been described as “a historic pillar of trade unionism in Gibraltar” who was unafraid to stand up to authority when needed and whose legacy endures to this day.

A tireless defender of workers' rights, his commitment to equality, respect and dignity established him at the forefront of the trade union movement in Gibraltar.

In 1972 he led the General Strike pressing the Ministry of Defence for better working conditions including parity which successfully ended with a basic pay rate increase.

He championed too the rights of Moroccan workers in Gibraltar and was a committed internationalist who maintained good relations with unions in Spain.

The collection is held at the Gibraltar Repository at the University.