A little girl who needed a feeding tube until she was five-and-a-half years old has won a karate medal after taking up the sport aged six.

Emily Norris, now aged seven, was born with a lung malformation that was detected during her mother's 20-week scan, and doctors asked her mother to consider an abortion.

Emily had to have her right kidney and 70% of her right lung removed, with four major operations in total.

Her mother Nicol Nicholls said Emily's genetic condition is so rare it has not yet been named. Emily is believed to be only the 13th person in the world to have it.

The girl, of Bowthorpe near Norwich, started after-school karate lessons last year and has won a bronze medal in her first competition.

Mrs Nicholls, who is separated from Emily's father and has since married, said: "Termination is an option that was put to us but it's not one we ever considered.

"They did constantly warn us at every appointment that she might not be able to breathe when she's born - trying to prepare us for the worst-case scenario because it was such a serious lung condition.

"They didn't really have the chance to influence our decision because as soon as they mentioned it we shot it down, as it was not something we'd ever consider. And thank god we didn't, as she's doing really well now.

"The one thing everyone always says about Emily at school and at karate and everywhere else she goes is she's just always upbeat and always full of life.

"I don't know where her energy comes from considering her start in life, because she never sits down or stops." 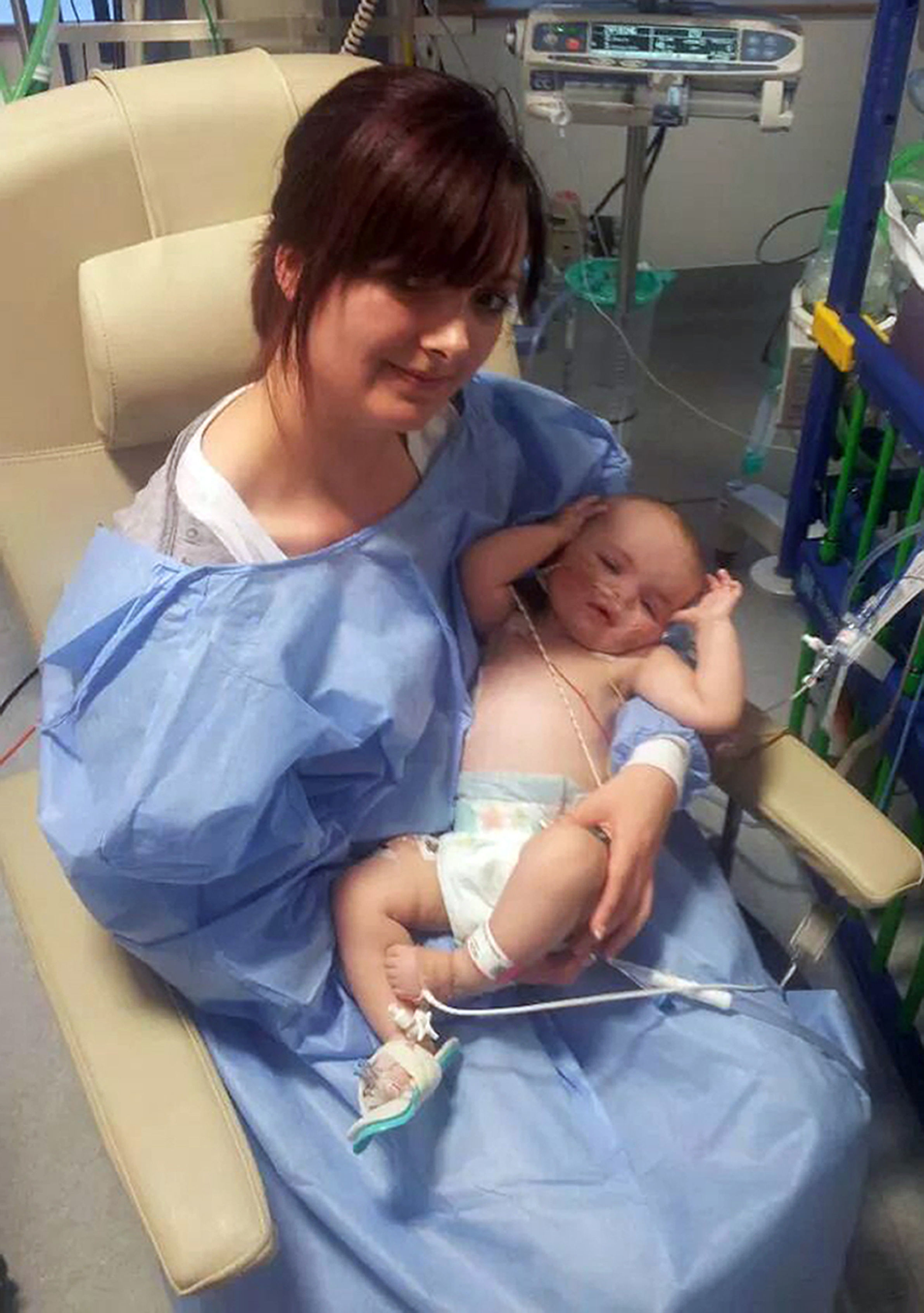 The 31-year-old said her daughter has a "mis-written" gene that can "basically control any number of things in the body" and is most likely to have caused her lung and kidney issues.

Common factors with other cases are small stature, failure to grow and low weight gain - meaning Emily needed a feeding tube for her first five-and-a-half years.

Emily's right lung was made up of cysts due to a condition called congenital cystic adenomatoid malformation, and 70% of it was removed before her first birthday.

Doctors then discovered she had a multicystic dysplastic kidney which was removed when she was three.

"I don't know what the future holds for Emily as not much is known about her genetic condition, but one thing we do know is that she has always been a fighter," said Mrs Nicholls.

Emily trains three times a week at Traditional Karate Fitness in Norwich and loves it, her mother said.

"She looks forward to it. They went back to training yesterday and she was more excited about it than going back to school."

Emily joined the club as a full member in July last year and has achieved her red belt after two gradings. 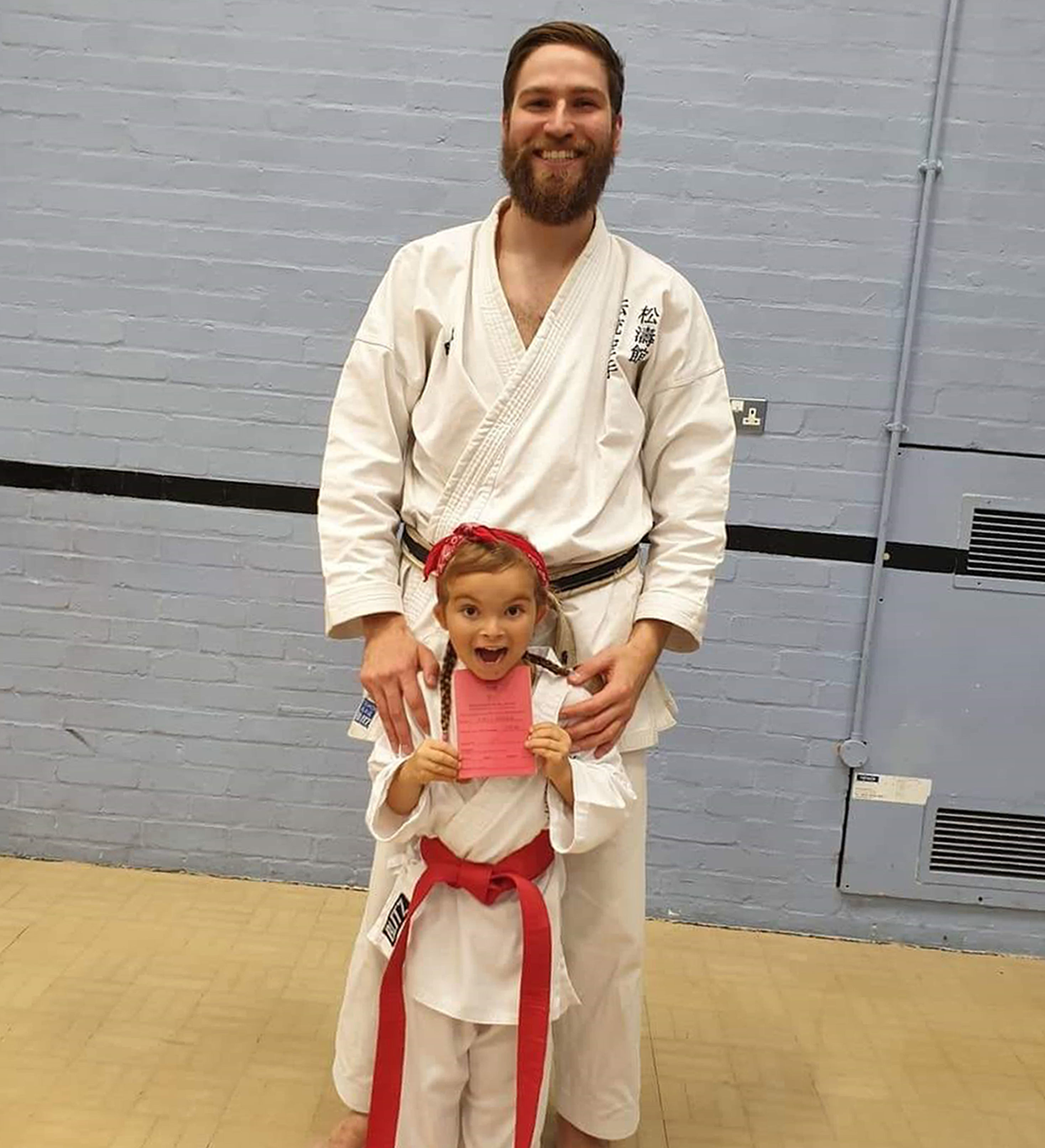 Her karate instructor, Sensei Jake Pointer said: "Emily is a pleasure to teach and just exudes happiness and joy to everyone around her.

"She is always hard-working and is doing fantastically well in her weekly training sessions.

"She has also had great success in her karate grading, where she has passed both times with flying colours.

"Although we know Emily finds some things more difficult than others, she never complains or gives up.

"She is a brilliant little girl and a testament to her loving supportive family."

Emily had her lung operation at Great Ormond Street Hospital in London, and her mother was able to be at her bedside thanks to the support of The Sick Children's Trust, who provided free accommodation.

Jane Featherstone, chief executive of The Sick Children's Trust, said: "We are over the moon to hear how well Emily is doing, and we're not surprised to see her taking the world by storm.

"Emily's family is one in over 33,000 families we have given a place to stay in the last 10 years alone.

"We believe that if a child has their family by their side it helps aid their recovery and supports the well-being of the family."