Mr Ullger was selected as the overall winner by adjudicator John Maine, a British artist who has decades of experience, is a Royal Academician and regular contributor to the Royal Academy Summer Exhibition, and in 2018 carved a memorial to Stephen Hawking in Westminster Abbey.

Mr Maine chose ‘Forgotten Patio’ from 128 artworks crafted by 80 artists, from Gibraltar, Spain and Romania.
“I am completely in shock,” Mr Ullger told the Chronicle.

“If I’m going to be frankly honest, I really like this painting and it took me a while to do it, I started it in end of August bit by bit, but the other painting that I entered probably took me longer.”

Mr Ullger said it was a surprise that this painting had won as some of this other works had taken much longer to create.

He has been inspired by patio scenes across Gibraltar recently and particularly in Upper Town. 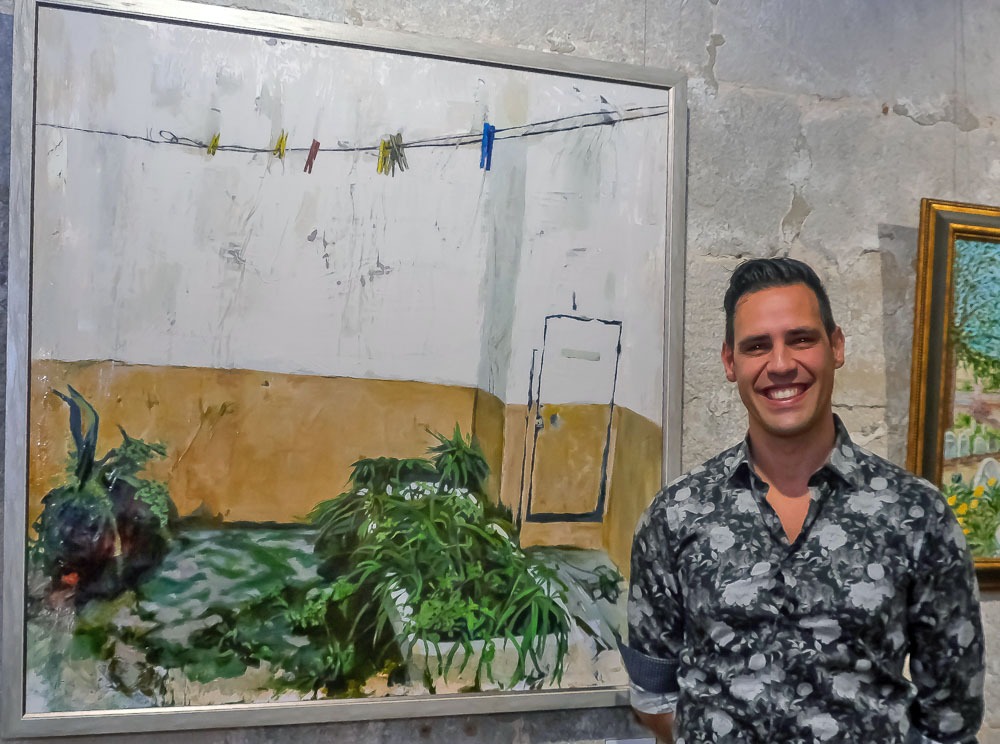 The Minister for Culture, Dr John Cortes, congratulated all the artists and recognised that culture is still “pulling its weight” despite the Covid-19 pandemic.

“I think that culture, which includes the arts, performing arts and literature is probably at one of its strongest points in Gibraltar’s history and I’d like to see that continue,” Dr Cortes said.

“I’d like to think that as many thought during the pandemic that culture was at the end of our priorities, that we now put culture first because if culture is first, everything else will follow.”

In second place was Monica Popham with her painting ‘Blue Light’ which also was inspired by Gibraltar, and in third place was an international artist, Cristina Lopez Ramirez with ‘Carrusel’.