The last surviving fighter pilot ace who fought against the Luftwaffe in the Battle of Britain during the Second World War has died.

Wing Commander Paul Farnes was among the 3,000 airmen who defended the skies above southern England for three-and-a-half months in 1940.

The group are remembered as The Few, after a speech by prime minister Winston Churchill, who said of their sacrifices: "Never in the field of human conflict was so much owed by so many to so few."

W/Cdr Farnes, from near Chichester in West Sussex, died peacefully at his home on Tuesday morning, aged 101, the Battle of Britain Memorial Trust said.

The trust said he was the last member of The Few who was fit enough to be able to attend the aerial conflict's memorial day last year.

It said he had "proudly" represented his RAF colleagues at the service of commemoration just a week before his 101st birthday in July.

"A tall, distinguished man with striking silver grey hair that he retained throughout his life, Paul Farnes was known for plain speaking but was generous with his time in support of trust activities," it said in a tribute.

In an article on its website, the trust said W/Cdr Farnes was "very proud" of his Distinguished Flying Medal (DFM) which he received for his exploits in the Battle of Britain.

His tally was six enemy aircraft destroyed, one probably destroyed and six damaged, the trust added.

His battle victories made W/Cdr Farnes an ace, a term taken to mean any fighter pilot credited with shooting down five or more enemy aircraft.

There are now thought to be only two surviving members of The Few - Flight Lieutenant William Clark and Flying Officer John Hemingway, both aged 100. 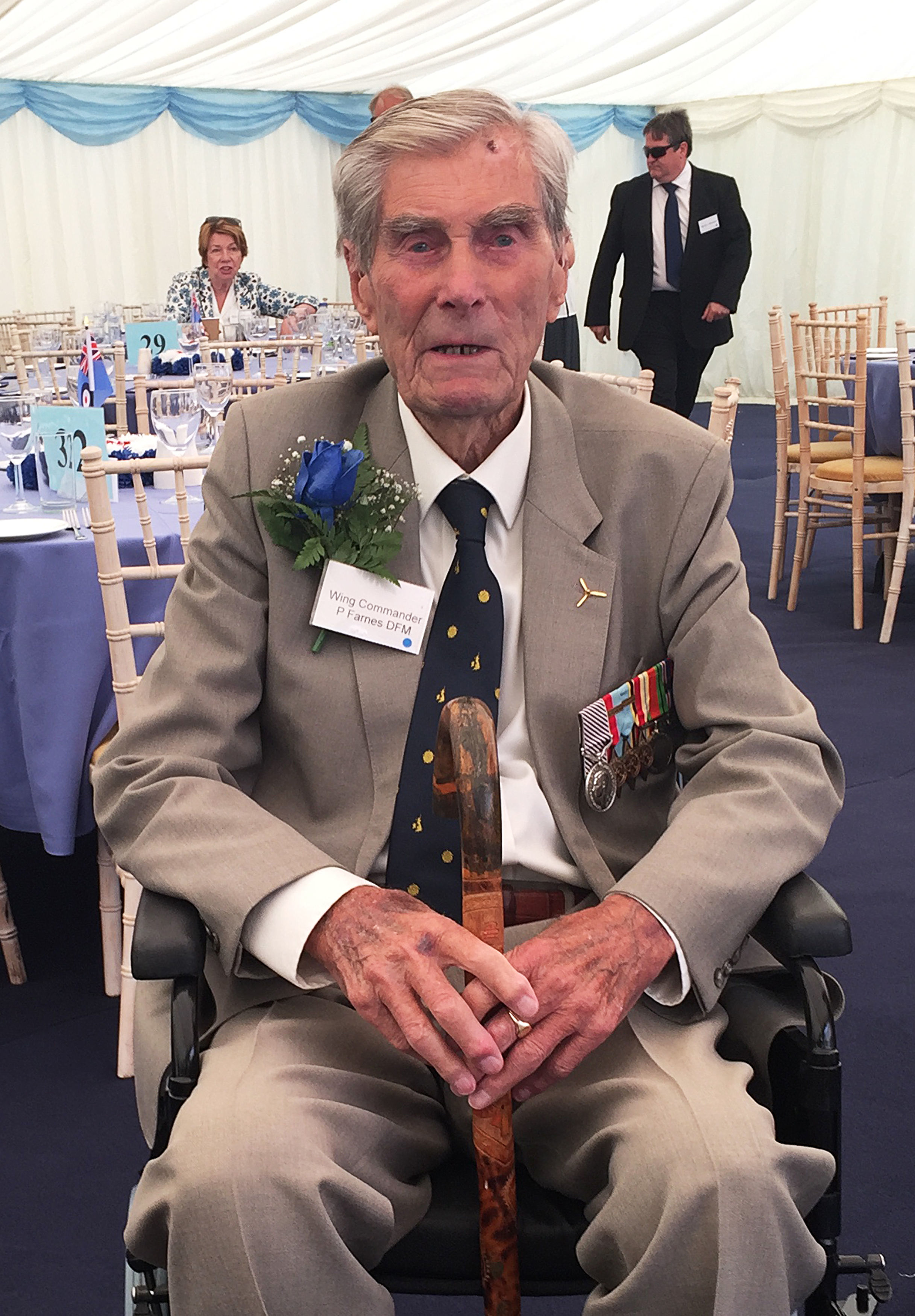 In 2015, W/Cdr Farnes described the "moving" moment he and his comrades were spontaneously applauded during a service at Westminster Abbey to mark the 75th anniversary of the Battle of Britain.

Mr Farnes, who flew a Hurricane during the war, said: "It was very emotional today because, when we walked out of the Abbey, the audience applauded and it's never happened before at the annual service and I was very moved by it.

"It is amazing that the Battle of Britain has caught on with the public and I am very proud to have been a part of it.

"I didn't at the time, but latterly and gradually I came to realise the importance of the Battle of Britain."

The Battle of Britain claimed the lives of 544 RAF pilots and air crew.

Mr Farnes joined the Royal Air Force Volunteer Reserve in 1938, later joining RAF No 501 Squadron and fighting in the Battle of France in 1940.

After the Battle of Britain, he was commissioned as an officer and served as an instructor and fought in Malta with No 229 Squadron as well as serving in North Africa and Iraq.

As the Second World War ended, he was in command of two squadrons in the UK.

Remaining in the RAF until 1958, he retired as a Squadron Leader, retaining the rank of Wing Commander.

He is survived by a daughter, Linda, and son, Jonathan. Another son, Nicholas, died in 1954.

Olympic swimmer Sharron Davies was among those to pay tribute to W/Cdr Farnes.

A spokesman for Westminster Abbey said: "We are sad to hear of the death of Wing Commander Paul Farnes, a veteran of the Battle of Britain, who has died aged 101. Mr Farnes regularly attended our annual Battle of Britain anniversary service, most recently in 2018."

Historian and Second World War Two author James Holland said: "Amazing - and sad - to think there are just two left. Paul Farnes was a notable pilot - steely, resolute and most certainly never suffered fools. A forthright fellow if ever there was one! Quite a life that's for sure."