Laying up of the old Royal Gibraltar Regiment Colours

The Royal Gibraltar Regiment held a ceremony at The Kings Chapel dedicated to the Laying Up of The Old Colours on Thursday. 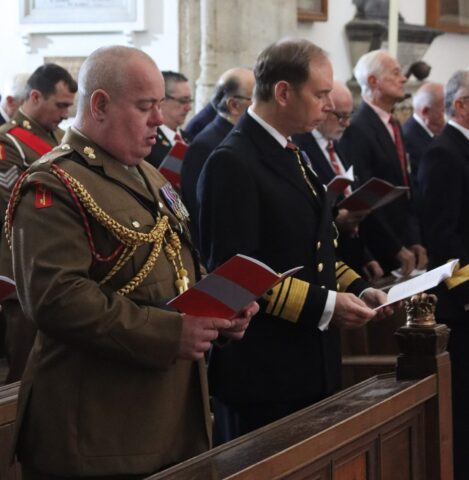 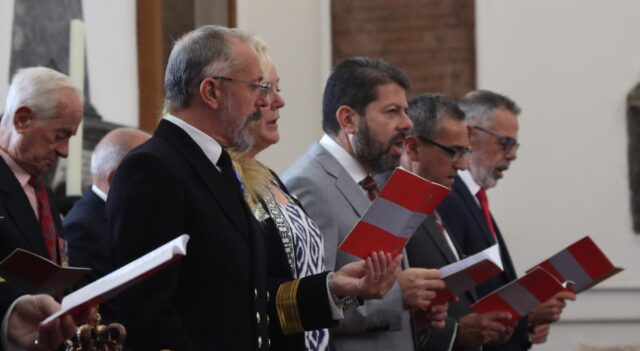 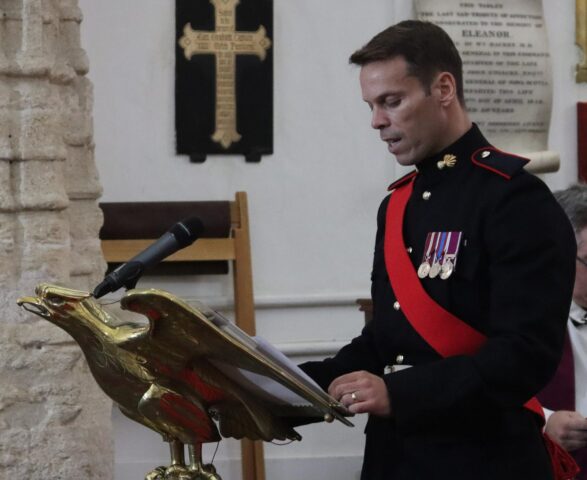 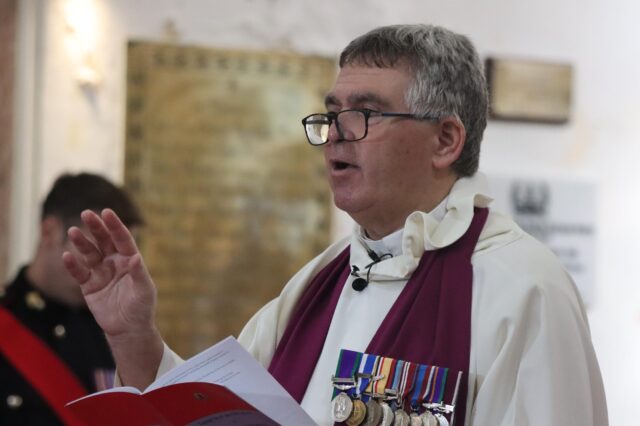 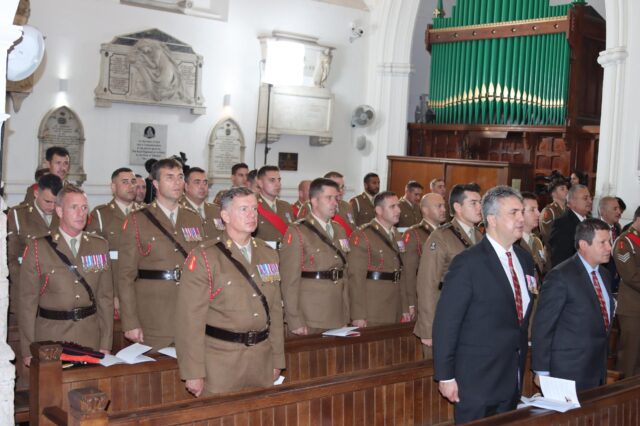 The ceremony was led by Father Danny Hernandez who read out prayers before the national anthem was played by the Band and Corps of Drums of the Royal Gibraltar Regiment.

The Commanding Officer, Lieutenant Colonel Matthew Moore and Battalion Second-in-Command Major John Pitto received the Colours from Lieutenant Joel Walsh and Lieutenant Kristian Diani over the watchful eye of Colour Sergeant Lee Turner before placing them on the altar.

The Colours will rest in the King’s Chapel and be hung with previous Colours of the Royal Gibraltar Regiment and Forebear Regiments.

On completion of the ceremony, serving members and veterans of the Royal Gibraltar Regiment held a small gathering in the Convent quadrangle.