The Liberal Democrats have toughened their anti-Brexit stance, formally adopting a policy to stop the country from leaving the EU if it wins power at a national election.
The decision was welcomed by Gibraltar’s Deputy Chief Minister, Dr Joseph Garcia, who was at the conference in Bournemouth and told delegates that remaining in the EU was the best option for both Gibraltar and the UK.
The Liberal Democrats hold just 18 seats in Britain's 650-seat parliament but the party has cast itself as the only 'Stop Brexit' party, hoping to pick up votes from the 16 million who voted to remain in the EU in 2016 and win enough seats to form what would be an unprecedented Liberal Democrat government.
Prime Minister Boris Johnson is promising to leave the EU on October 31 with or without a Brexit deal. But the policy has divided his own Conservative party, costing him his majority in parliament and making an early general election likely.
The Liberal Democrats party conference on Sunday voted to formally adopt a policy to revoke the 'Article 50' notice filed in March 2017 which notified the EU of Britain's intention to quit the bloc. This would effectively cancel Brexit.
"We will put an end there and then to the Brexit nightmare that is dragging the whole country down and tearing us apart, and start immediately tackling the reasons people voted to leave in the first place," the party's Brexit spokesman Tom Brake said.
The decision underlines how Brexit is reshaping the country's political spectrum, with the pro-EU Liberal Democrats now at the opposite end to the pro-Brexit Conservatives. In 2010 the two formed a coalition government that lasted five years.
As a party which has never won more than 62 seats at an election, the prospect of party leader Jo Swinson forming a government is a long way off, even though british politics is at its most unpredictable juncture in decades.
Two different polls on Sunday put them 21 percentage points and 8 percentage points behind the Conservatives, and also trailing the opposition Labour Party.
Mr Johnson wants to call an election before the next scheduled one in 2022, but has so far been blocked by opponents, including the Liberal Democrats, who say they first want to make sure he cannot take Britain out of the EU without an exit deal next month 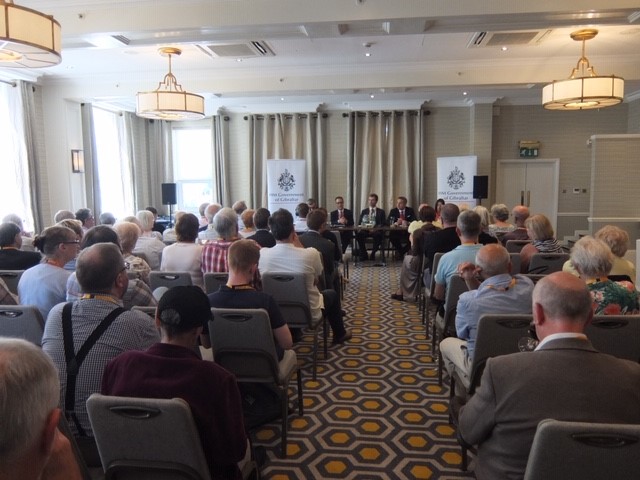 Dr Garcia, who is the leader of the Liberal Party in Gibraltar, was part of a panel discussion entitled “Brexit today - Update from Gibraltar, Wales, Scotland and Northern Ireland”, placing Gibraltar at the centre of the Brexit debate together with the Devolved Administrations.
The session was chaired by Mr Brake and included the Leader of the
Welsh Lib Dems, Jane Dodds MP, Alex Cole-Hamilton MSP from Scotland and Lord Alderdice
from the Alliance Party of Northern Ireland and a Member of the House of Lords.
Dr Garcia explained the impact that Brexit would have on ordinary citizens and outlined some of
the work that Gibraltar has done to prepare for a possible no deal Brexit.
He said leaving the EU meant life would be very different and that there would be an impact on ordinary citizens both in the UK and in Gibraltar.
Dr Garcia reminded those present of the new conditions relating to passports, identity cards, health cards and driving licences as examples of changes to come in the event of EU departure.
“Many of those who voted to leave probably had no idea of these consequences,” he said.
The Deputy Chief Minister welcomed the fact that Liberal Democrat policy was now to revoke
and to remain following a vote minutes earlier.
“The best deal for the United Kingdom and Gibraltar is to remain in the European Union,” he said. 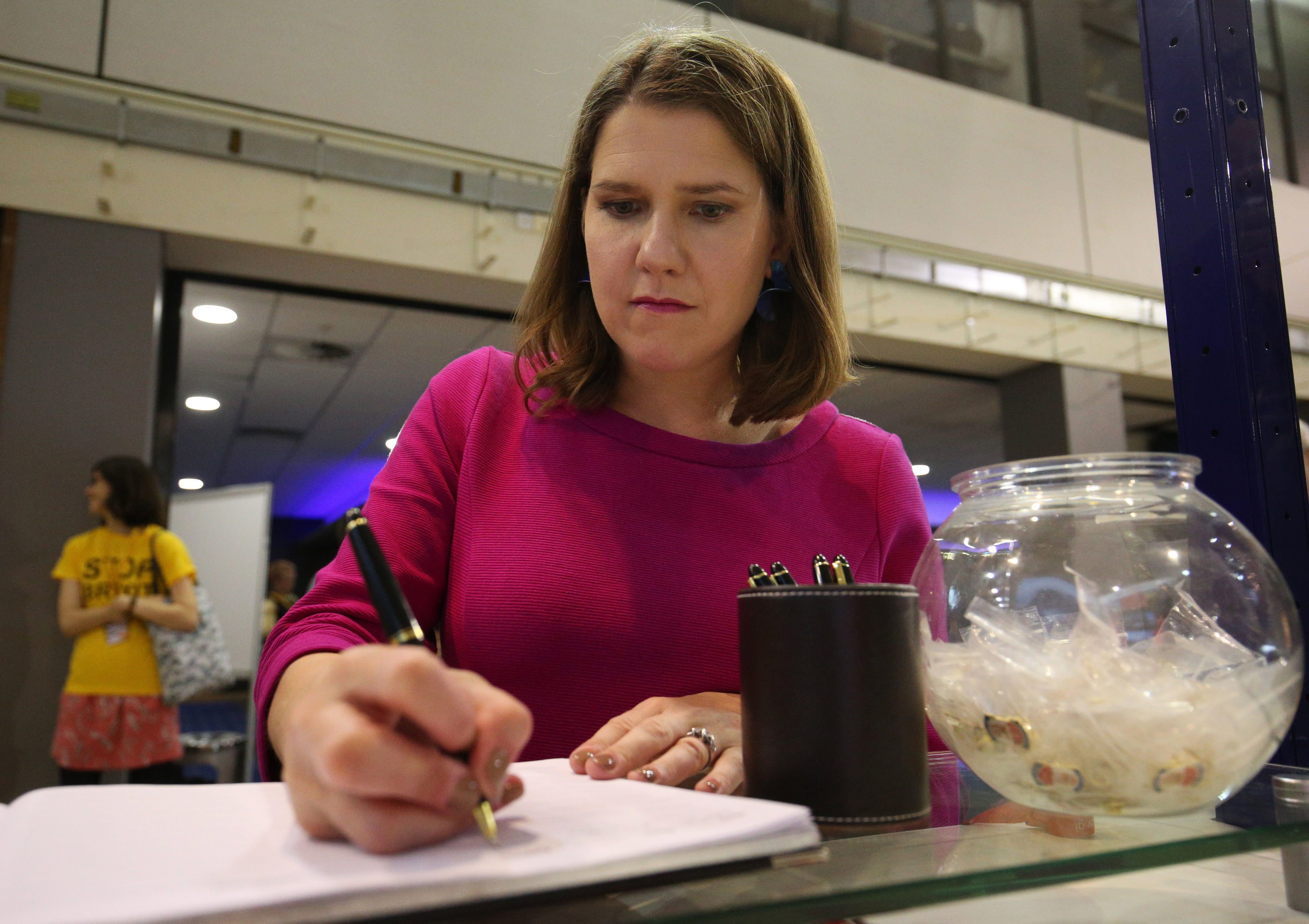 Earlier during the conference Lib Dem leader Jo Swinson signed the guest book at the Gibraltar Government's stand, writing: "We stand with you!" 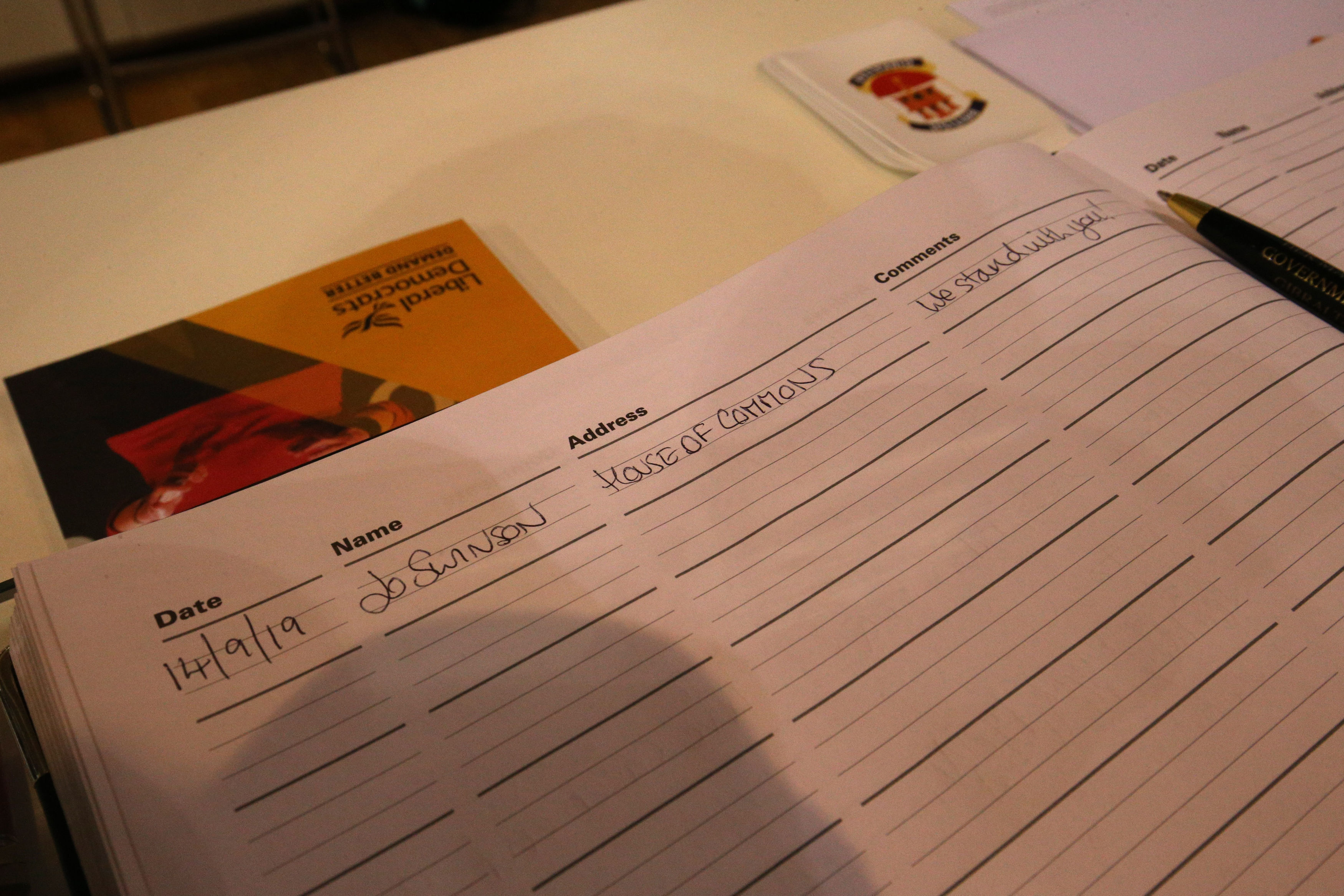