It was in 1977 that ex-Inspector Stanley Paul Riley celebrated his promotion to Sergeant by having a photo taken on Line Wall Road.
Standing proud in his tunic and custodian helmet, the photo of Stanley, who was always known by his middle name ‘Paul’, has long been a treasured keep-sake for his son Steve. 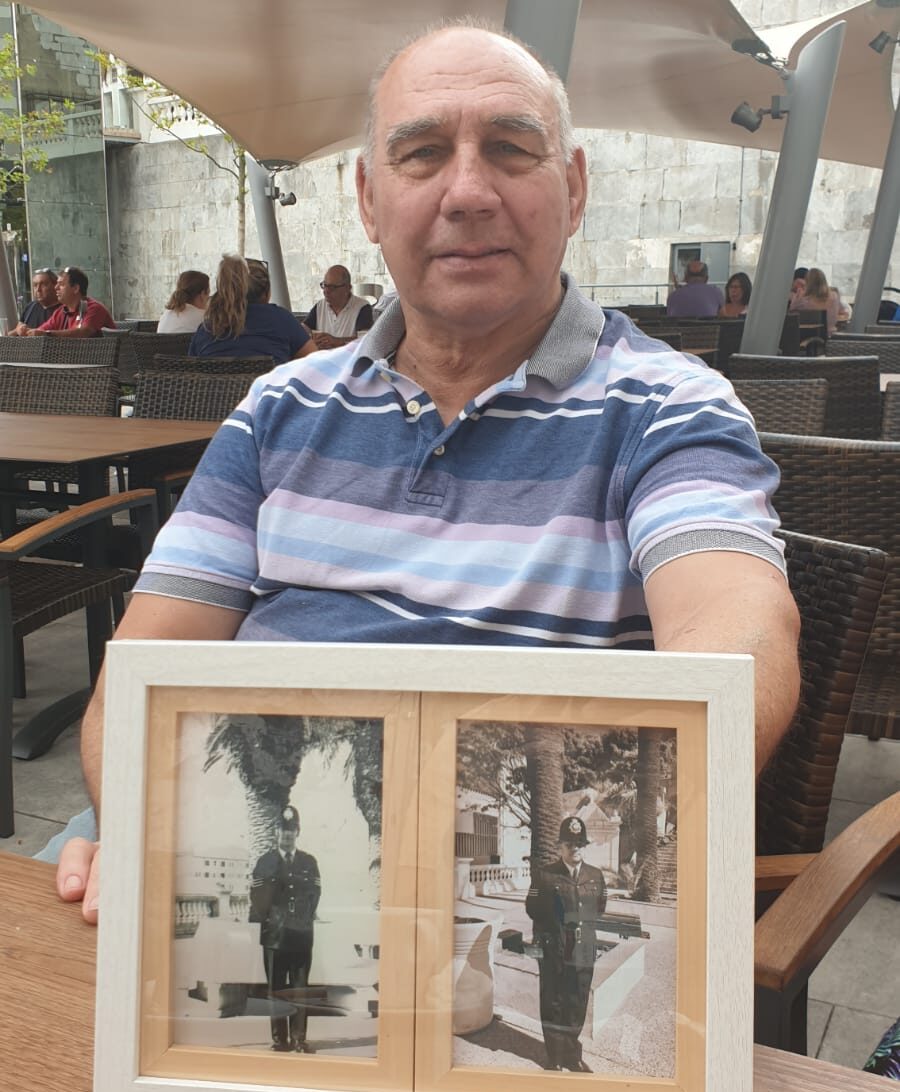 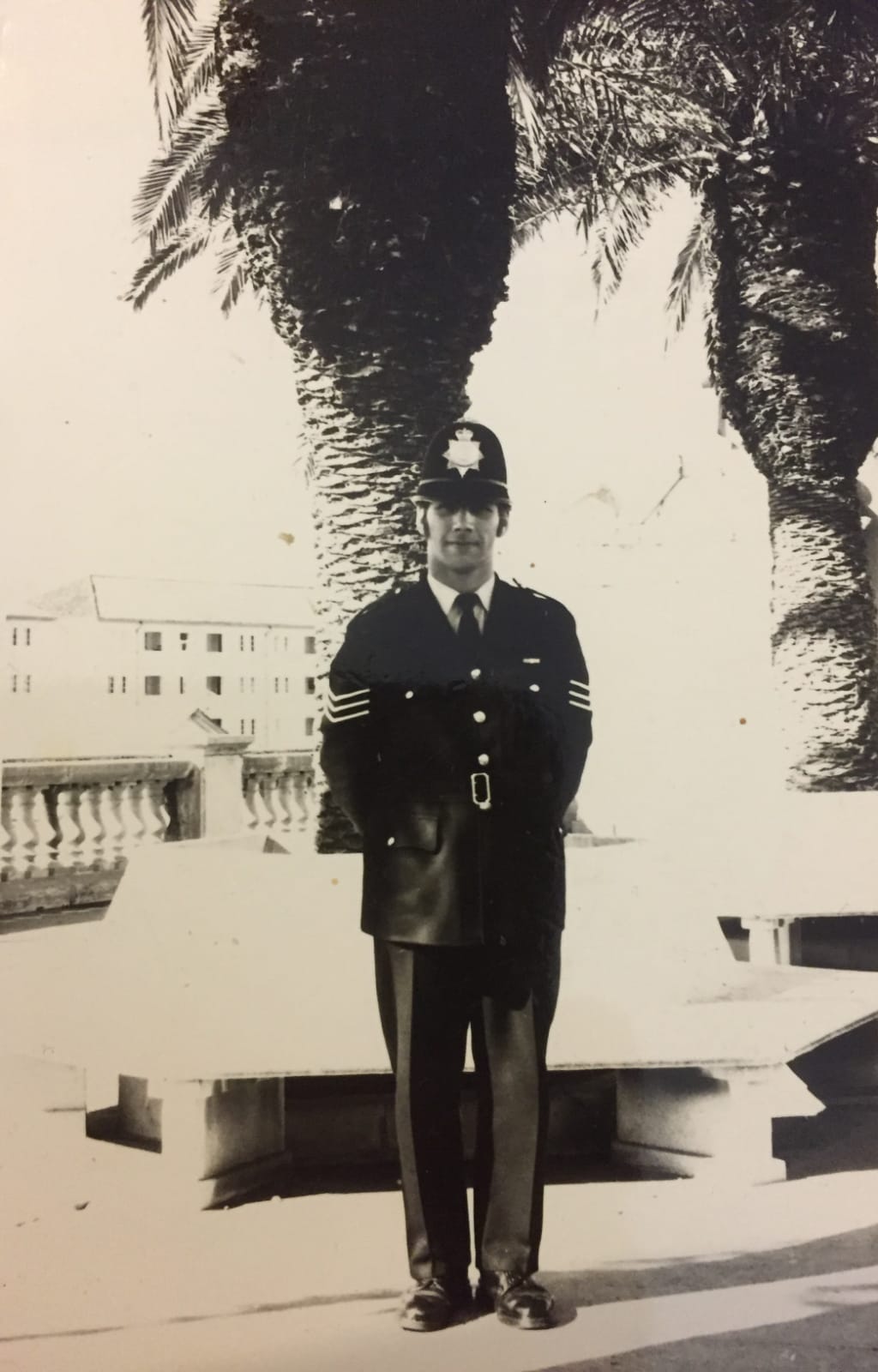 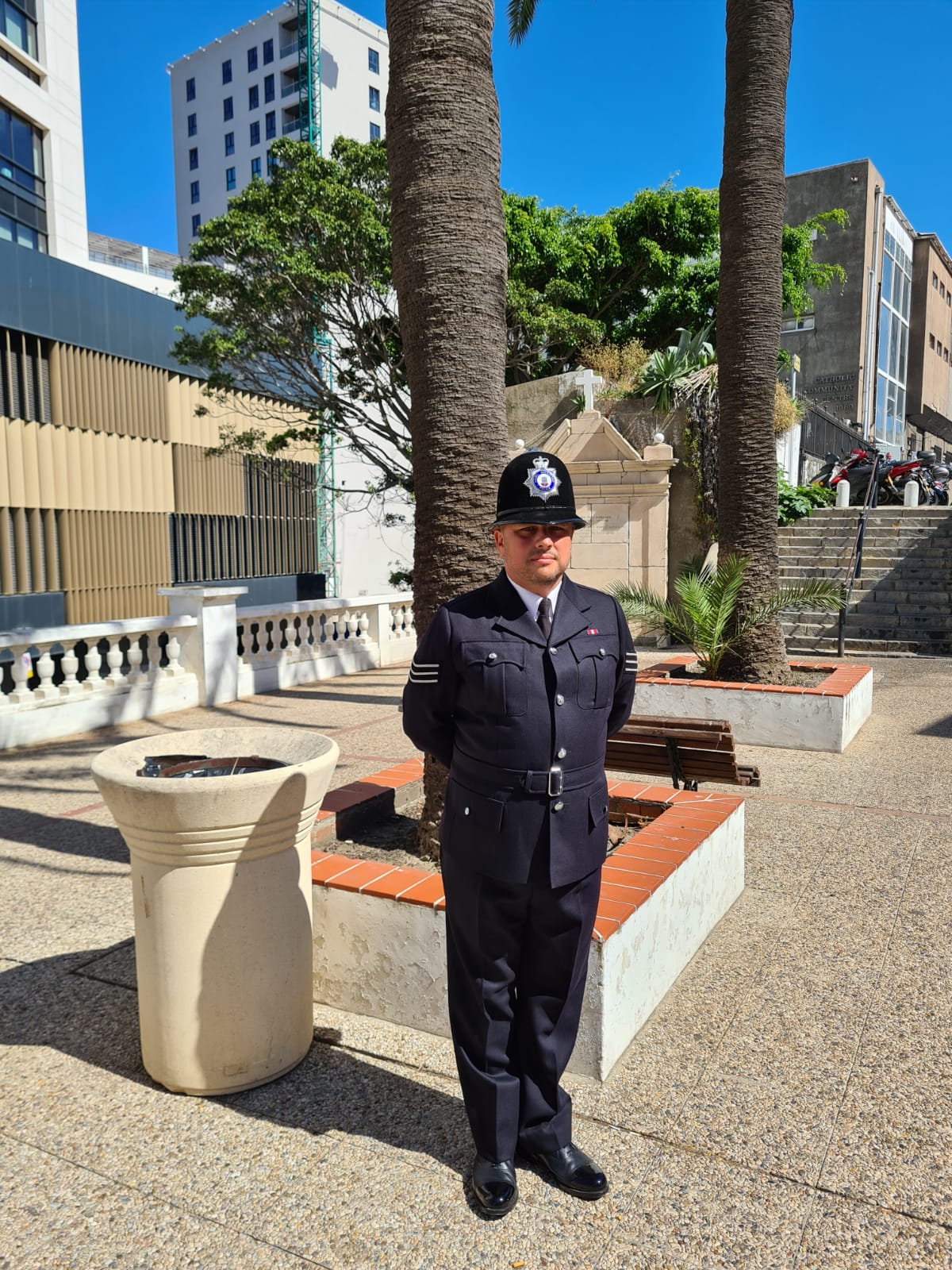 Paul Riley retired in 1998 and Steve followed in his father’s footsteps by joining the Royal Gibraltar Police in 2003.
Some 44-years later, Steve decided he would surprise his dad with a present of him standing in exactly the same spot to celebrate his own promotion last year, to Inspector.
Steve, 42, who works in the Information Managing and Vetting Department at the Royal Gibraltar Police, said: “I feel very proud to have followed in my father’s footsteps.”
“When I gave him the photo it was an emotional moment, he was over the moon.”