In memory of those who have lost their lives at work, wreaths were laid and a minute’s silence was held on Worker’s Memorial Day.
On Wednesday morning a short ceremony was held at the Alameda Gardens to mark the lives of those who died or those who have been disabled during workplace accidents. The event is held annually by the Gibraltar Government in collaboration with Unite the Union, and is organised by Gibraltar Cultural Services.
This year’s theme was “health and safety, a fundamental workers right”. 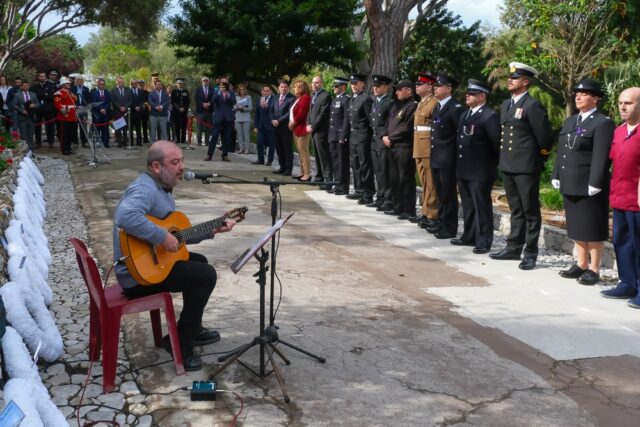 The event was attended by Chief Minister Fabian Picardo, Deputy Chief Minister Dr Joseph Garcia and the Minister for Business, Tourism and Transport Vijay Daryanani.
One by one representatives from a cross section of sec- tors including health, policing, fire services, and customs paid their respects and laid a commemorative wreath.
A minute’s silence was also held to mark the lives lost.

Unite and Govt clash over delays with GP appointments