Three men will undertake an incredible challenge of endurance next month when they aim to complete five half ironmen in five consecutive days.

In doing so they are raising some much needed funds for Cardiac Rehab Centre and the Cancer Relief Centre.

On May 18 at 6am the three men, Charles Harrison, Kieron Alvarez and Adrian Lopez will zip up their lycra suits and commence the challenge with a 90km bike ride. They hope to have finished this by 9.30am.

Following a 30 minute break at 10am they will lace up their trainers and run the half marathon distance of 21.1km with the aim of finishing it between 12.30 and 12.45pm. Finally, they will dive into the water and swim the 1.9km distance before completing their first ironman of five by 2pm.

“We are trying to do 60km on the bike before traffic gets busy in Gib. We have done 60km twice this week and around 8 to 8.30 it is quite busy. But, we would have done already 60km so we would only have 30km to go.”

Apart from doing the fundraising Team 5 in 5 are keen to get people involved not just in the events but in keeping fit.

This element of the purpose behind the challenge stems from Mr Alvarez suffering a heart attack a six years ago.

Despite such an impact on his body Mr Alvarez wants to show people he is proof you can not only recover, but also achieve great sporting accomplishments.

“He wants to show that [he] can carry on doing things,” said Mr Harrison.

“Just because you have had a setback does not mean that you need to stop everything.”

The bike route has been mapped out and it is just over 6 laps of 13.7km each lap.

“We are not racing it. We probably would be able to push it a bit more but five days on the trot would be too much,” he said.

“The running is five laps of 4.3km, it is the town route I have picked out so we go Westview Park, Europlaza, Queensway, into where the MoD naval base is and turn around by the zebra crossing there and head back down Queensway, around the back of MidTown, down Chatham where we have a table set up where we will have a bucket where we can do some fundraising and get a drink if we need. We go down Fishmarket, down Watergardens and turn left at evacuation roundabout and back to the swimming pool.”

It was decided to do laps like this instead of going around the Rock so that others can join in whenever they like and for however long they like.

Mr Harrison is a member of the Carpe Diem Running Club and has been joined by his fellow club members on many training runs, as well as bike rides.

It is expected than runners from the club will join him, Mr Alvarez and Mr Lopez on some of the runs.

“If people can’t run the 21.1km they can’t join us and we are narrowing down who can take part. So if someone wants to run 2km and they stop at Queensway, we will be coming back so they have a bit of a rest and they can join us again for another 2km or 1km whatever,” said Mr Harrison.

In addition, the busy roads of Queensway will mean the runners will be visible to more people and it is hoped this would translate to more support and more donations.

Leading the runners will be a cargo eBike with buckets to collect money and carry essential items such as snacks and drinks as well as a speaker that music will be played from.

Once the run is over the men aim to be in the water by 1pm. As long as there are no jellyfish the swim will take place in the sea, even if it is rough. A different alternative will be sought if there is a jellyfish infestation.

The swimming route is, “from GASA swimming pool to Europlaza, past the rowing clubs and into the yacht club where we turn around and head back and that is about 2km,” he said.

“We are looking to finish everyday by 2pm.”

All of the men have taken leave for the five days which will end with a small event at the swimming pool on the Saturday which is open to the public.

The team are inviting everyone who wishes to take part in all or one event to join them, you don’t need to be on a road bike or be the faster runner or swimmer they state. It is about taking part, raising awareness and funds and not about speed or abilities. 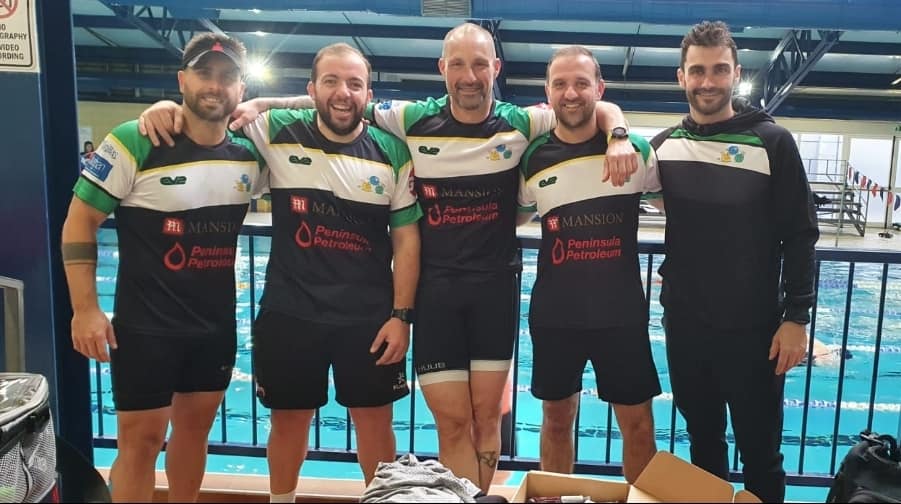 5 in 5 wanted to raise funds for the Cardiac Rehab Centre as a way of giving back to them after they helped Mr Alvarez following his heart attack. They are also raising money for the Cancer Relief Centre Gibraltar because Mr Harrison lost both his parents to cancer in the past five years and found their help invaluable not just to his parents but to all the family members.

He believes it was someone else raising funds that made it possible for Cancer Relief Centre Gibraltar to be there for his family and he wants to ensure they have the funds to carry on and be there for other families.

Mr Harrison’s late father was also an avid fundraiser and used to bake cakes at Christmas raising on average £1,500 in the process.

“Now it is my turn to fundraise for them,” said Mr Harrison. 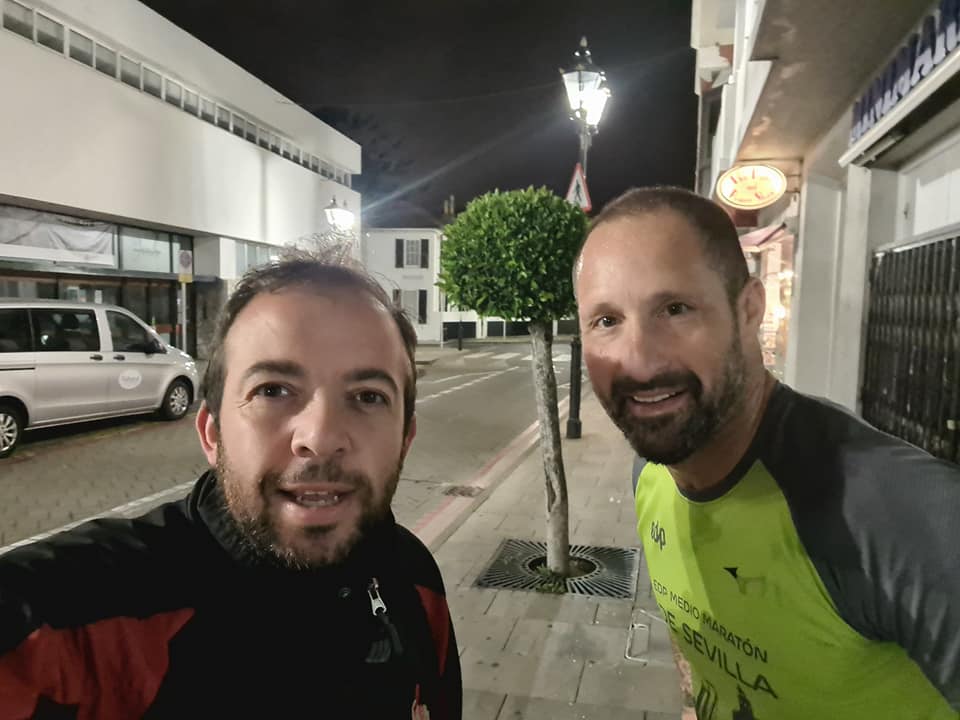 The team have raised approximately £6,000 but they also have someone who has pledged a large donation for every day they complete which will hopefully take them to £16,000.

In addition, they have the sale of 75 medals at the cost of £25 each. Between these two amounts and what they collect on the five days they hope to reach £20,000.