An app aimed at aiding young people with disabilities with their work placements, which can be used widely as a time management tool, was launched on Thursday morning at the Digital Skills Academy.

Synergise is the brainchild of Nicole Byrne who founded the app when she identified an ongoing issue when sending students to work placements.

Many of them would forget to complete the necessary tasks, and so, she felt they needed an organisational aid on their phones.

The app, however, is wide ranging and includes a calendar, messaging service, work logs, and support lines and emergency helplines.

Anyone with an iPhone can download it and use the app, which although centred on young people in work placements can be used by anyone as an organisational aid. 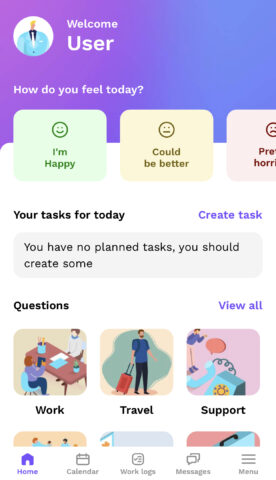 On Thursday students from the Gibraltar College enrolled in the ASDAN Personal and Social Development Course attended a training session so they could familiarise themselves with the app, with the session held by app developer Valli Fragoso.

The idea for the app came to Ms Byrne, who is a supported employment practitioner, during a European wide conference in Amsterdam when she heard about ‘Enable Me’ an app set up for Scottish charity ‘Enable’ which aids their service users when travelling.

But when returning to Gibraltar she found she couldn’t use this app.

"The idea was fantastic, but we couldn't use it here," she said.

"That got me thinking, why can't we have an app like this?"

She added: “We were using other apps like WhatsApp but it wasn’t working.”

The idea for this app was always at the back of Ms Byrne’s mind, but it wasn’t until she met Denise Matthews at a bus stop that the idea started to become reality.

Ms Matthews is the Director of Startup Grind in Gibraltar and put Ms Byrne in contact with app developer Valli Fragoso.

Together Ms Fragoso and Ms Byrne began on the app towards the end of 2019, tailoring it to the needs of Gibraltar.
They also secured a £15,000 grant from the Kusuma Trust to develop the app. 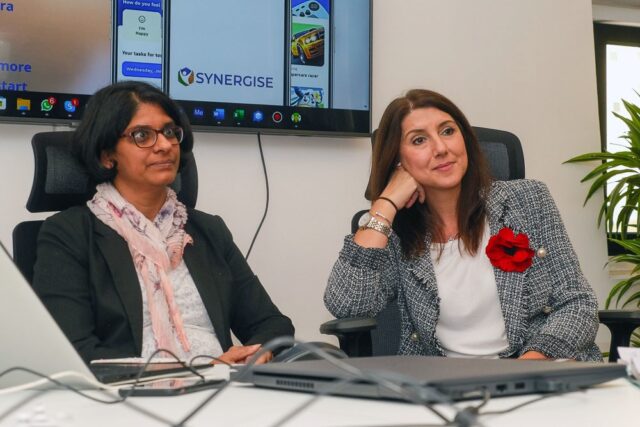 When developing the app Ms Fragoso ensured it had a simple design and is easy to navigate.

She added her and her team held one to one workshops to assess what functions were needed in the app.

Then she looked into what added functions would entice youngsters to use the app, so she added games and radio listening.

Ms Fragoso recognised if the app was too utilitarian youngsters might switch off from it, so by adding
some entertainment hopefully youngsters will continue to use it.

“Although they are 15/16 year olds... it should have something fun included in as well, so you’re motivating them to go and open the app.”

Synergise is affiliated the Gibraltar Disability Society with the aim to provide support to young people transitioning from education to employment.

The app will also act as a safe channel to reach out to their tutors, parents or guardians should they need guidance or need to talk to someone.

Synergise's co-creators have been invited to present a workshop and showcase the app at the European Union of Supported Employment Conference, to be held in Oslo on May 11 to 13, 2022.

By then it is hoped the app would have been a fully tested and updated by this time.

The ‘Synergise’ app is available for download on iPhone and will be available on Android at a later date.