Man arrested on suspicion of traffic and fuel offences

A local man was arrested and a number of fuel containers were seized by Royal Gibraltar Police officers after a tip-off from a member of the public on Wednesday night.

Following a call to the RGP Control Room just before 10pm, officers attempted to stop a Gibraltar-registered car that was allegedly being driven erratically in the area of Winston Churchill Avenue.

Police claimed the vehicle sped off and was later found abandoned outside the Ocean Spa Plaza Car Park.

Inside the vehicle were eleven 25-litre canisters full of petrol, the RGP said, adding that a 30-year-old man was found hiding in a nearby room inside the car park.

He was arrested on suspicion of conveying fuel in a motorcar exceeding 20 litres of petrol without a licence; dangerous driving; failing to stop; criminal damage; and driving without a licence. 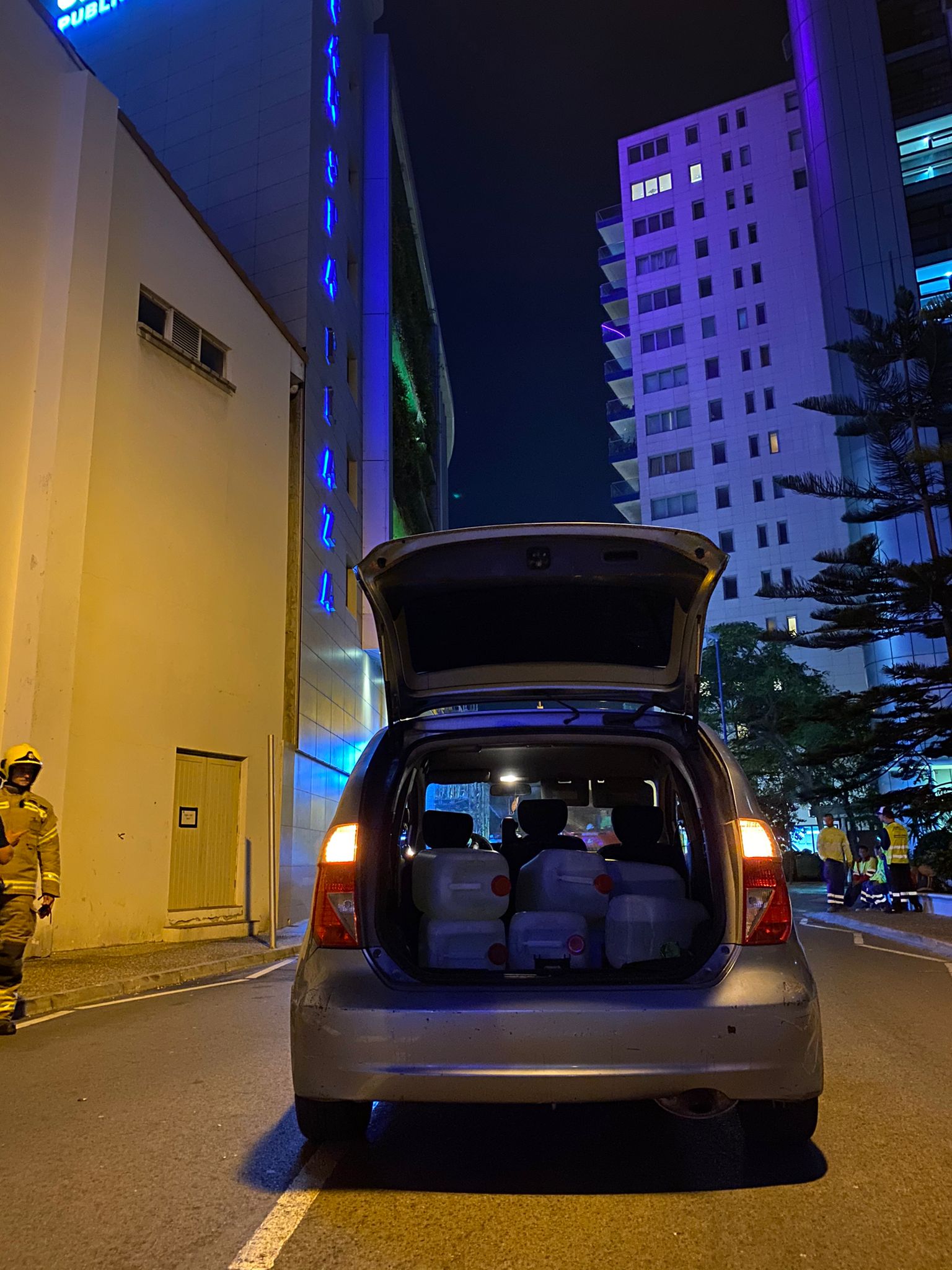 The vehicle and fuel containers have been seized and the male has been bailed pending further enquiries by uniformed police officers.

“We’d like to thank the member of the public who called us about this vehicle last night,” a police spokesman said.

“Fuel containers like this are often taken out to sea on small RHIBs operating from Gibraltar’s beaches for the purpose of refuelling the larger RHIBs used by drug traffickers.”

“As well as hindering organised crime in the drug trafficking trade, we’ve also removed the risk of fire or explosion.”

“This information can be provided anonymously and there is no need to give your personal details.”