Manolo Ruiz, indefatigable champion of the elderly, dies at 88

Gibraltar pays tribute to Manolo Ruiz, President of the Gibraltar Senior Citizen's Association, who has died at the age of 88. Pic by Johnny Bugeja

Political leaders and civil society groups have paid tribute to Manolo Ruiz, President of the Gibraltar Senior Citizen’s Association, who died on Tuesday morning after a short illness at the age of 88.

Since the launch of the association some 22 years ago, Mr Ruiz championed for change in the care of Gibraltar’s elderly citizens.

Most recently, and especially during the Covid-19 pandemic, Mr Ruiz highlighted the issue of loneliness among the older generation.

But it was because of his hard work and determination that Gibraltar’s senior citizens benefitted from various campaigns such as free public transport on buses, panic buttons to be installed at homes, the celebration of Grandparents’ Day in October and most recently, the Senior’s Tea for Two.

During an interview with the Chronicle’s former Deputy Editor, Alice Mascarenhas, earlier this year, Mr Ruiz said he could not just be a figurehead but took a “dedicated” interest and contributed where he felt there was a need.

“This led him to the realisation that, at the time, the elderly (the club he had just been elevated to) had some limited social opportunities but essentially, they did not have a voice of their own to put across their concerns or even complaints,” Ms Mascarenhas wrote in her weekly column, Alice’s Table. 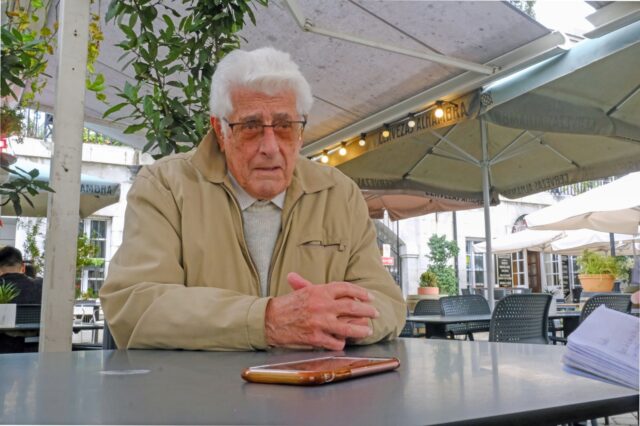 Dr Ken Ruiz, Mr Ruiz’s son, described his father as “friendly and open, always willing to help and generous of spirit” when he spoke to the Chronicle.

“My father used to take on particular causes as he saw them, and often got them established,” Dr Ruiz said.

“He was very much into taking up a cause such as the panic button which he started and was then taken on by the Gibraltar Government.”

“There were also a few campaigns which he championed which eventually were enabled, such as the lifts outside St Bernard’s Hospital.”

“He asked for lifts and they installed escalators, which is great, but it still doesn’t help anyone using a pram or a wheelchair.”

Mr Ruiz was also one of the people behind the launch of the Gibraltar Prostate Cancer Group, Dr Ruiz added.

Mr Ruiz was born in Gibraltar in 1933 on Prince Edward’s Road and was the only child to his parents.

He grew up in Parody’s Passage and like many Gibraltarians, was evacuated with his mother to London until the age of 12.

Mr Ruiz worked a few short stints at different jobs before becoming a meteorological radio operator with the RAF, where he was responsible for using Morse Code and telegraphy, and making weather reports in the Meteorological Office Communication Centre based in the Control Tower.

In 1974 he was made redundant, and then worked in various companies in Gibraltar’s private sector and retired in 1993 at the age of 60. 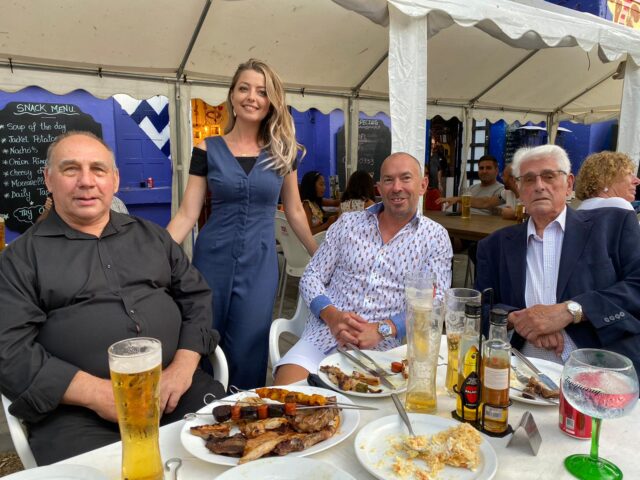 “As far as I can remember, my father was always writing for the local press and was one of the Four Just Men who wrote for the Vox, then wrote for the Panorama as the Roving Eye,” Dr Ruiz said.

It was this experience and this voice he used to publish the Gibraltar Senior Citizen’s Association’s monthly newsletters, where he raised awareness of what was needed and also what was appreciated by Gibraltar’s senior citizens.

Mr Ruiz is survived by his wife, Violet, son, daughter-in-law, and grandsons, Adam and Tom.

His funeral will be held at St Theresa’s on Thursday morning at 11am followed by a cremation service.

On Tuesday night, tributes poured in from across the community.

Reacting to the news of the death of elderly persons advocate, the Chief Minister, Fabian Picardo said: “Manolo was an indefatigable advocate for elderly citizens.”

“He was always ready to take up the issues that mattered to members of his organisation and non-members alike and he was powerful in his arguments and in his presentation of matters.”

“I will miss his correspondence and his humour and friendship in meetings.”

“Gibraltar has lost a committed member of the community whose solidarity with those who needed his help was palpable.”

“Our condolences to his wife and family.”

Keith Azopardi, the Leader of the Opposition, said: “Manolo Ruiz was a great campaigner for senior citizens, an astute, determined and no nonsense representative and a person who was committed to always improving the lot of his fellow Gibraltarians.”

"Our condolences from the Opposition to his family.”

“He will be missed greatly and fondly remembered.”

For its part, Together Gibraltar said in a statement: “Manolo was one of the great servants of our community, selflessly devoting his life for the benefit and care of its most vulnerable members.”

“He championed the cause of the elderly, understanding their needs like no other, and spoke on behalf of those whose voices were too frail to speak for themselves.”

“We pay tribute to one of the true legends of civil society.”

“Our heartfelt condolences to his family and friends.” 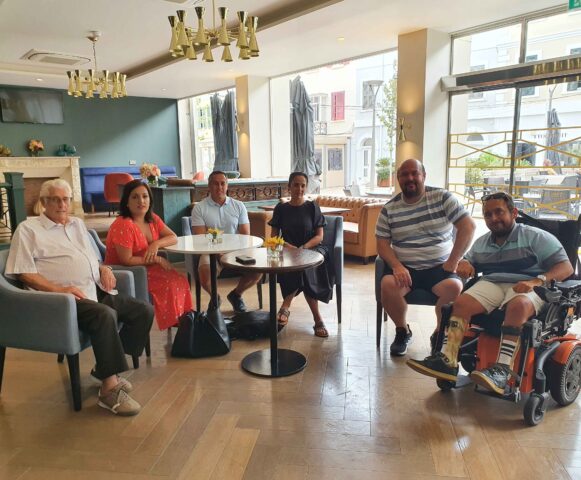 Local campaign groups also paid tribute to Mr Ruiz, recognising his many years of campaigning on the Rock.

"It is with great heaviness of heart that we have today learnt of the passing of Manolo Ruiz,” a statement from the Equality Rights Group said.

“He was a man of human values no one could fail to respect.”

“Manolo has for years been the firm and insistent advocate for the rights and issues specific to senior citizens in our community.”

“His contributions and achievements across the years are too many to count and achieved oftentimes against all unrecognised odds; but yet his quiet tenacity has meant so much to so many in our community.”

“It is our hope the mantle for advocacy on behalf of senior citizens is taken on by a similarly senior-oriented leader from within the ranks of the organisation Manolo himself so dedicatedly built brick by brick.”

“We will all feel the absence of his voice, even while his good work will always bear fruit.”

“The GDRF are deeply saddened to hear of the passing of Manolo Ruiz, chairperson of Senior Citizen Association,” the GDRF said.

“Manolo was a great and much loved person and a true advocator for the rights of both seniors over his many years in the Association, and more recently of persons with disabilities.”

“We will endeavour to continue his inspiring work and ensure that his legacy continues.”

“Rest in Peace, you will be missed.”

GHITA Gibraltar said on its Twitter page: “We are saddened by the death of Manolo Ruiz, Chairperson of the Senior Citizens Association.”

“His relentless fighting spirit has inspired many of us.”

“A truly remarkable and giving person.”

“Our condolences to the family.”

At PCC, managing Covid-19 forces a change in approach

At PCC, managing Covid-19 forces a change in approach