Maritime Weeks kicks off with reflections on Rock’s role during pandemic, and an eye on a greener future

Hundreds of people are taking part in Gibraltar’s Maritime Week, which kicked off with a reception for delegates held at The Convent on Monday evening.

The official opening was held on Tuesday morning at the beginning of a conference being held on the Sunborn.

At the drinks and canapes event on Monday the Governor, Vice Admiral Sir David Steel, the Chief Minister Fabian Picardo and the Minister for the Port, Vijay Daryanani , all gave speeches.

The Governor welcomed the crew from HMS Dragon, which is in Gibraltar to support the week’s events, stating it was a delight to see them and the ship in the naval base. 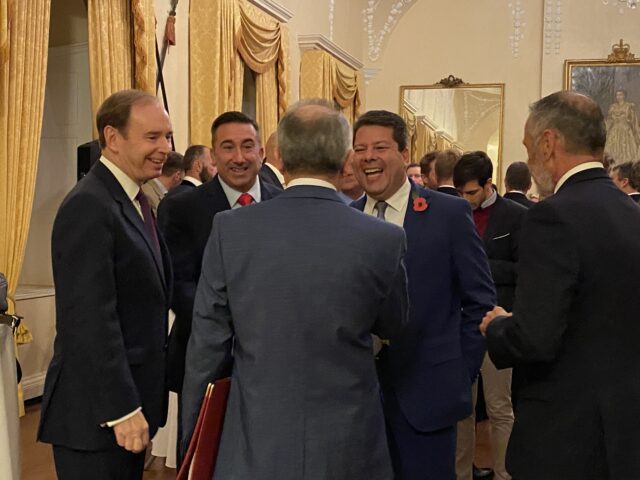 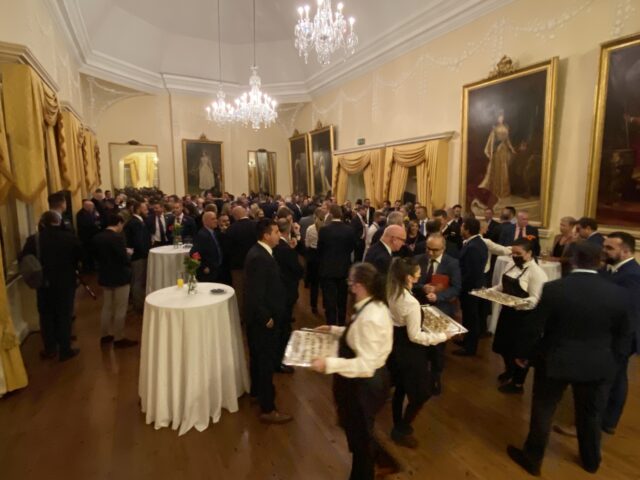 He also noted it was the first cocktail party held in The Convent for 18 months and that it was a delight to see people back.

“As many of you already know The Convent was built in the 16th century and has been the home of the Governor since 1720,” he said.

“Being the 68th Governor of Gibraltar is a real privilege and after all those years serving in the navy, I for one can understand why the Royal Navy has always found Gibraltar to be a port of choice, a sanctuary and a bloody good run ashore.”

“It is interesting though that while being the 68th Governor of Gibraltar, there have only been six admirals who have held this position since 1720.”

“The fact is since 1704 when Admiral Rooke seized Gibraltar from the Spanish all the way up to a part in the second World War, Gibraltar was always primarily a military fortress and not a commercial or warship port.”

“Today Gibraltar is a centre of modern business and is recognised increasingly across the world as one of the busiest and most efficient ports in Western Mediterranean.”

He noted that Gibraltar is increasing business in bunkering, LNG bunkering, superyachts and as a destination for cruise ships where passengers can enjoy the diverse tourism options the Rock has. Gibraltar also remains a crucial port for the Royal Navy.

Sir David highlighted the Rock’s approach to the cruise sector during the Covid-19 pandemic, assisting companies with crew changes and technical calls at a time when most ports were closed to cruise ships.

“Over the last 18 months Gibraltar has made many, many more maritime friends as well as the only port to welcome technical visits during the pandemic with the ease of crew rotation with an airport and a Covid testing facility of great efficiency and infrastructure, making rotation simple,” he said.

“Gibraltar has demonstrated conclusively it is able to support global shipping whatever its needs.”

Mr Picardo also welcomed the guests to the Rock. Noting this was the first Maritime Week event since Brexit and describing the Gibraltar as a prime maritime location in the Mediterranean.

“In the coming weeks and months we will be negotiating our new relationship with the European Union and we will do so while also looking at what it is Gibraltar can offer in the future in respect of maritime [business] from Gibraltar,” he said.

Mr Daryanani welcomed the fact that people could now interact in person and not just over the phone or Zoom calls.

“To have a drink once again but above all to start doing business the right way once again,” he said.

He stated that Gibraltar was fortunate that it had remained open for maritime business during Covid and that the port functioned very well.

He highlighted the continued bunkering activity during the pandemic and Gibraltar’s role in facilitating crew changes that had helped keep families together, as well as maintaining a degree of business activity and normality.

“As we look forward to the challenge ahead, Gibraltar is perfectly equipped and placed to be a huge success within the maritime community,” he said.

“We want to attract as much new business as possible and that is why we are here today.”

“Our strategic location at the entrance to the Mediterranean, our Britishness and our strong work ethic are all the right ingredients for our optimism,” he added.

The minister was back behind the lectern on Tuesday morning declaring the Maritime Week open at the event in the Sunborn.

And with the world focused on the COP26 climate change summit in Glasgow, he said the Gibraltar Government was committed to a green Gibraltar but that it was not easy to achieve.

“The whole world has sustainability targets and we are no different,” he said.

“We too aspire to achieve net zero.”

“Last year we granted our first ever LNG licence. This is the first step and we will work proactively towards LNG transition.” 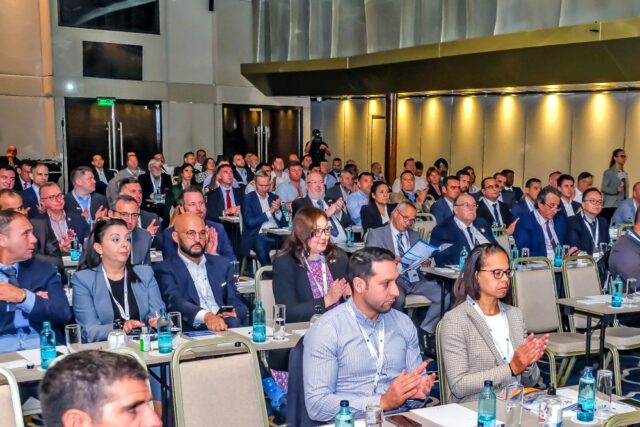 The shipping industry is slowly transitioning to the use of LNG as a cleaner fuel for commercial ships, though only a limited number of ports – Gibraltar among them – are able to offer refuelling services to LNG-powered vessels.

Gibraltar Youth Service engages with stakeholders and the public