With his husband, Samuel, by his side, Mr Santos welcomed everyone to a canapé soiree on World Pride Day, June 28, a date that remembers the start of the Stonewall Riots, a pivotal event in the gay rights movement in the United States and across the world.

Speaking to his guests, Mr Santos reflected that there are many countries in the world where being gay or trans leads to torture, imprisonment and even death.

“Yet some may question why Pride is still necessary,” he said.

He recalled an article that he read that included the words ‘homophobia’ and ‘tolerate’. He stressed that neither of these two words were to be used with regards to the LGBTQ+ community.

“We should not condone the use of the word ‘phobia’ as a way to make someone else’s hate and prejudice acceptable,” he said.

In addition, he stated that the word should not be ‘tolerated’ but ‘accepted’.

He spoke of his own coming out, growing up and being accepted by his family, especially his religious mother who loved him as a son should be loved.

“There is still work to be done but know that being you is still the best thing you can be. Happiness comes from within so don’t wait for someone to validate you or your existence. We are here for you and we support you,” he said.

“I am gay, I am proud and I am here to show you that no matter what other people may tell you, you can still be who you want to be.”

“Believe in yourself and never let your light dim because the world needs our light.”

“So when someone asks me, ‘why do we still need Pride?’, I can answer that very simply. It is because of pride that, tonight and every day of my life, I can be myself,” he added. 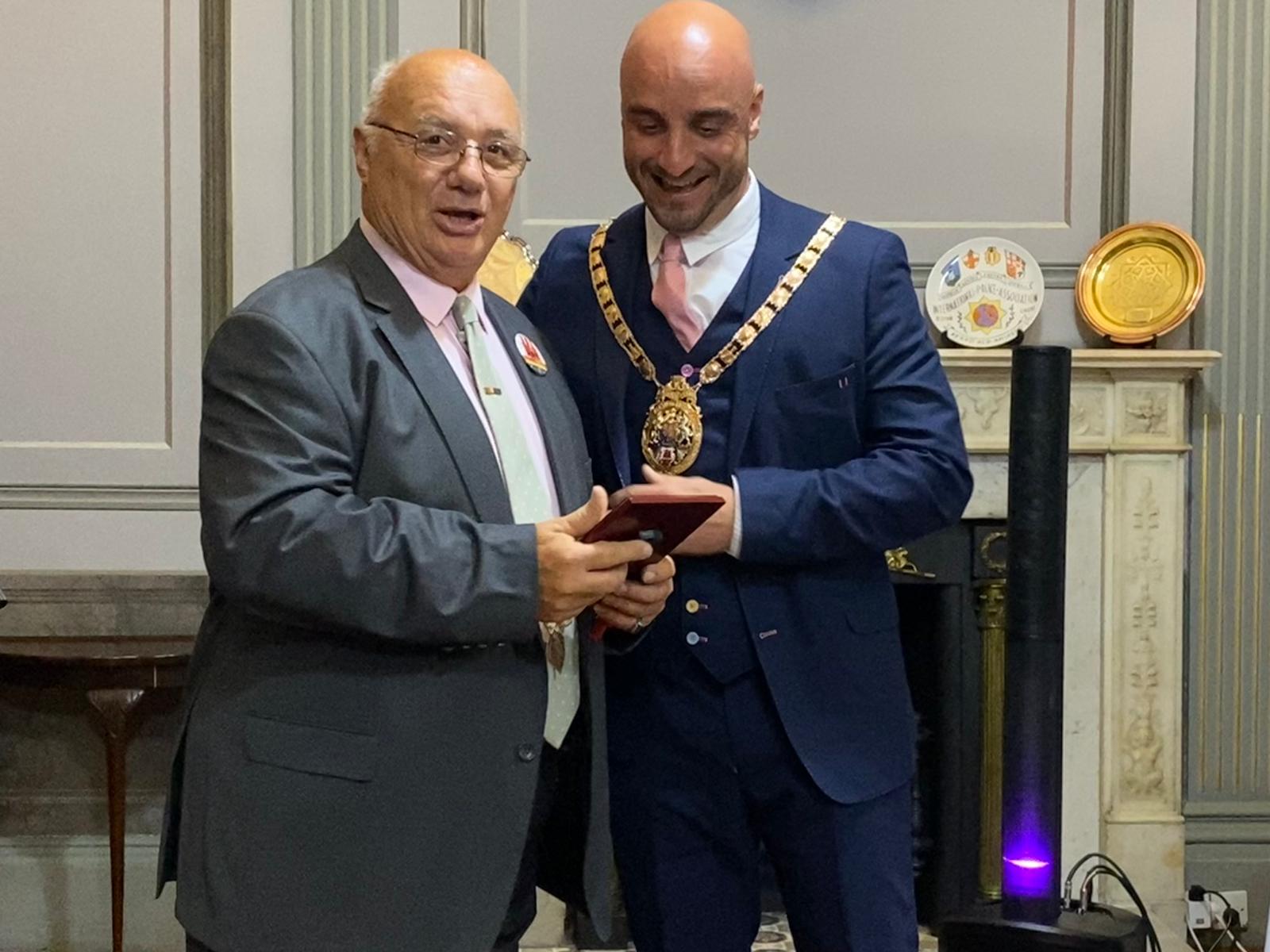 Mr Santos also presented gay right advocate and activist Charles Trico with a plaque to thank and acknowledge all the work he has done over the decades.

Accepting the award, he said all he ever wanted was to have what everyone else had.

“To be equal in everybody’s eyes, to be able to do what everyone else is doing. No more. No less. So far, we have achieved most of it. Acceptance is the word we need not tolerance,” he said. 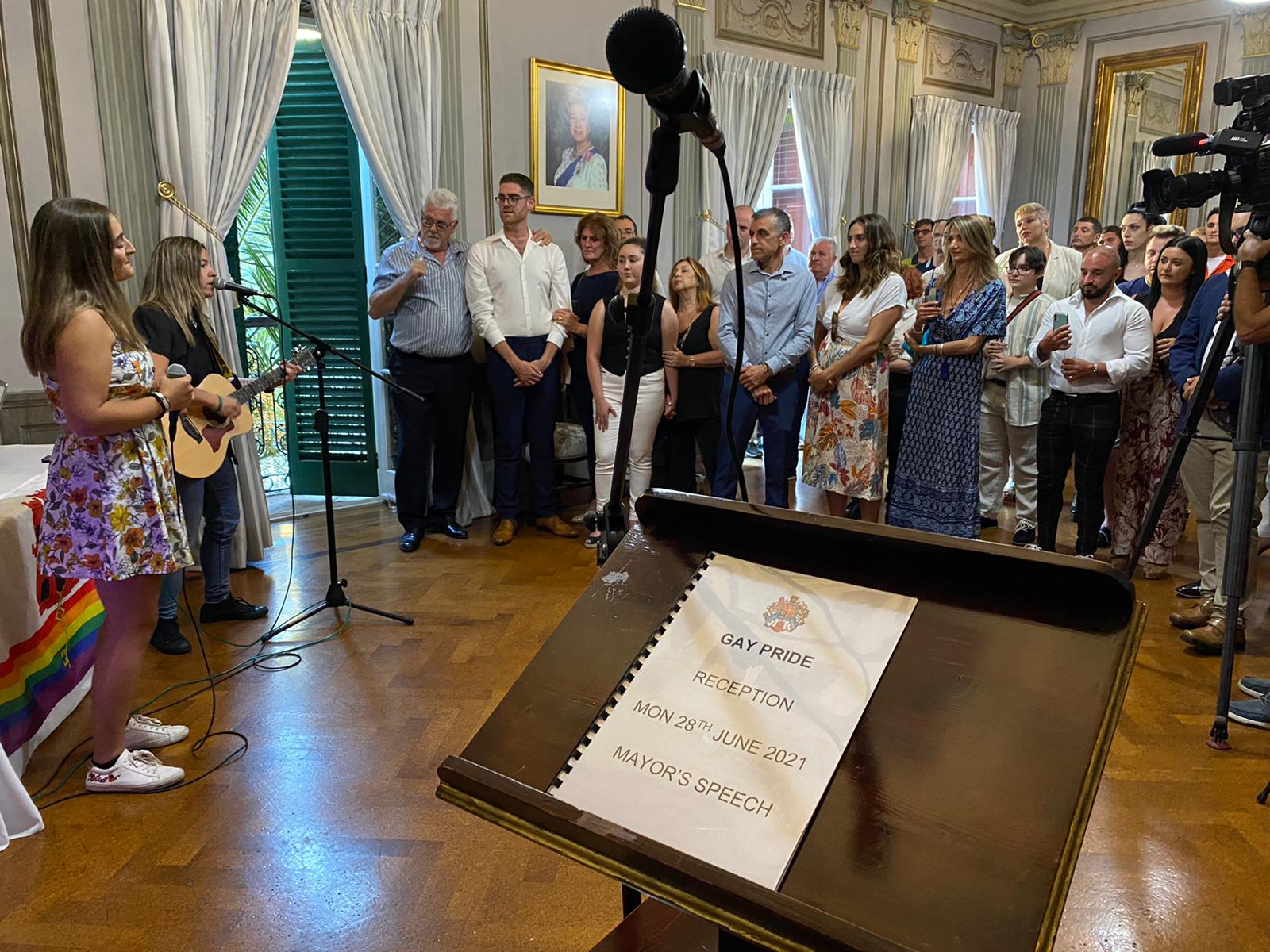 Closing the speeches was a performance by Emma Pereira and Julia Barea who sang and played the guitar to ‘This is Me’ and ‘Born this Way’.

To mark Pride Day, the Moorish Castle was once again lit up in the rainbow colours.