The Mayor of Gibraltar, Christian Santos, hosted an evening reception for the Gibraltar Netball Association on the occasion of them hosting the Europe Netball Open Challenge in Gibraltar.

Representatives from competing teams from Malta, Isle of Man, Switzerland and The United Arab Emirates attended, as did representatives of the team from Northern Island who will play against Gibraltar and Isle of Man in ranking matches. 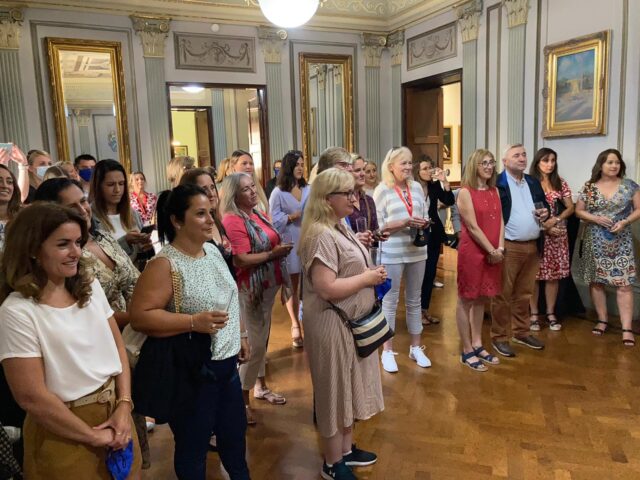 The Open Challenge ran from October 10 to 7, and is the first international event Netball has been able to host since the Covid Pandemic.

The President of the Gibraltar Netball Association, Moira Gomez, committee members, volunteers and guests were hosted by Mr Santos in the Mayor’s Parlour.

Mr Santos also welcomed Catherine Lewis, the Chair of European Netball, and Maggie Jackson, Technical Director, the driving forces behind this event, which was originally scheduled for 2020, postponed to May 2021 due to Covid restrictions, and finally came to fruition. 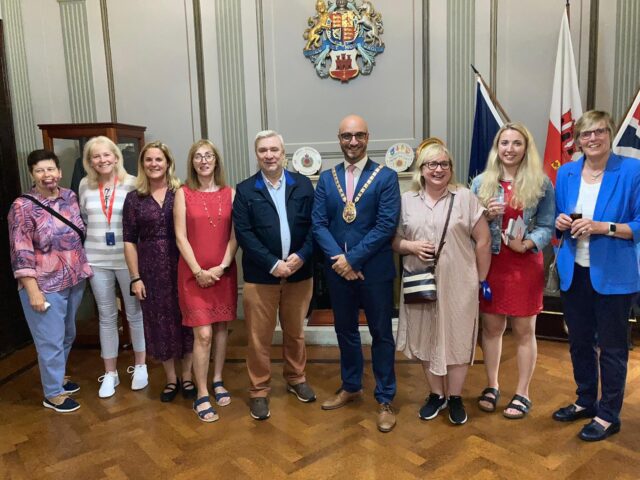 After 16 months of work, Gibraltar was recently successful in the bid to host The World Netball Youth Championship in 2025, which will see 10 days of Netball played by elite teams. Lindsay Impett, representing World Netball was also present at the reception.

Always keen to support local associations, organisations, teams and individuals in their efforts to propel Gibraltar into the international limelight, the Mayor was extremely pleased to be able to celebrate the Netball Association’s success and wished them the best of luck in the Open Challenge. 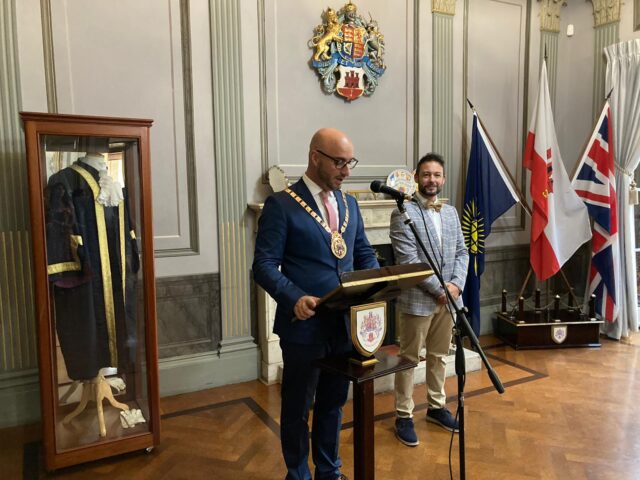