Officers from the Environment Department’s Environmental Protection and Research Unit (EPRU) recently carried out a rescue operation off the coast of Camp Bay after receiving reports from the public of a large fish in distress. 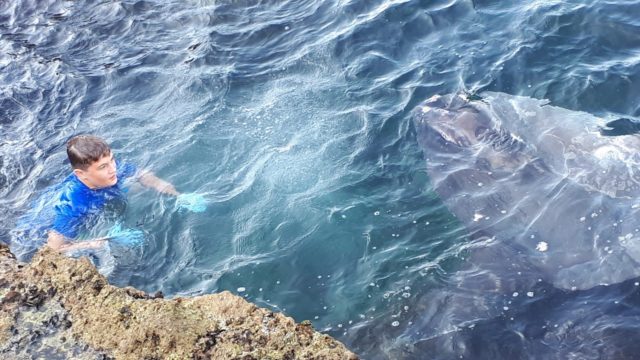 The fish happened to be an Ocean Sunfish.

“The operation continued with the brave assistance of a 13 year old teenager, Alexander Sanchez-Soiza, who was determined to save the gentle giant. His quick reaction to jump into the water and avoid the animal getting injured by the rocks along the shore were praised by onlookers and the Department’s officers as they arrived on scene,” said a statement from the Government. 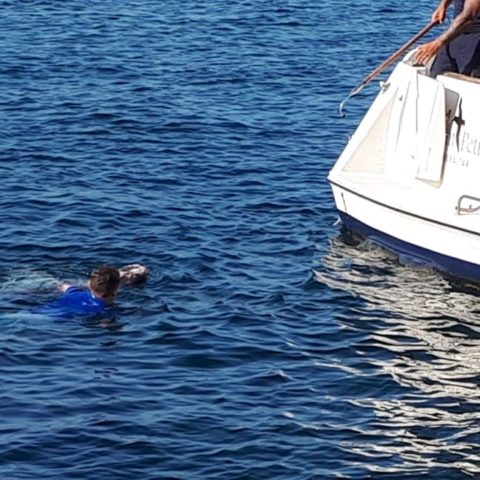 Dr Cortes, invited Alex to the ministry and thanked him for his inspiring and exemplary efforts.

Aside from discussing his future ambition to become a marine biologist, just like his step-father Lewis Stagnetto, who leads the Nautilus Project, Alex was also invited to assist the EPRU in a routine patrol of Gibraltar’s waters on board Storm Petrel. 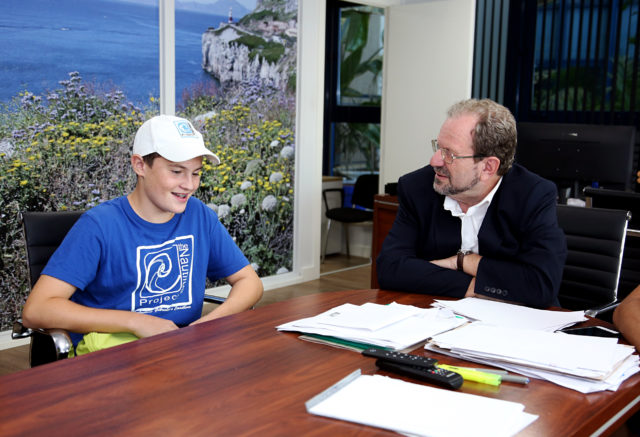 “It is wonderful to see this kind of brave commitment to the environment by a young man like Alex. He can be well proud, as I am of him and of all the youth who are so committed to the wellbeing of the Environment and of the Planet,” said Dr Cortes.

GSD again pushes for hospital visits for those without vaccines

Customs deal ‘an option’ that must be considered, Govt says as GSD presses for clarity