A stretch of Devil’s Tower Road and Sir Herbert Miles Road closed to vehicles on Wednesday morning due to a rock fall in the area.

Officers from the Royal Gibraltar Police controlled the traffic between the roundabout by Beach View Terraces and Catalan Bay. 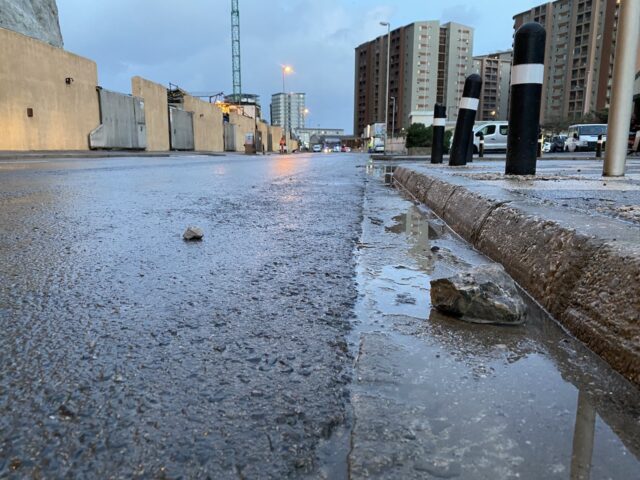 No one was injured and the road closure was to ensure the public was kept safe while an assessment was carried out by Technical Services.

The road was closed for over an hour before the RGP was given clearance to open it.

“Technical Services Department carried out a site inspection at 9am this morning,” a spokesman said.

“The rock fall was deemed minor in nature and fell outside the road.”

“Some rock fragments did spill on to the road but these were minor in nature.”

“After consideration TSD felt it was safe for the road to remain open with periodic inspections being carried out during the course of the day.”

The same section of road was cordoned off in November last year, and in March 2018 a large rock fall due to Storm Emma resulted in the area being closed for several weeks.

At the time, geotechnical engineers surveyed the North Face and recommended construction of a timber fence to mitigate the risk of flying rocks in the event of another major rock fall.

This fence was later erected.