Members of the Department of the Environment recently joined personnel from the Royal Navy Gibraltar Squadron on a sovereignty patrol through British Gibraltar territorial waters, followed by a working lunch to dicuss joint efforts on the environment.

Dr John Cortes, Minister for the Environment, and Dr Leisel Mesilio-Torres, Chief Scientist at the department, were briefed by the duty Commanding Officer Lieutenant Christian Lowe and then joined navy personnel on the patrol. 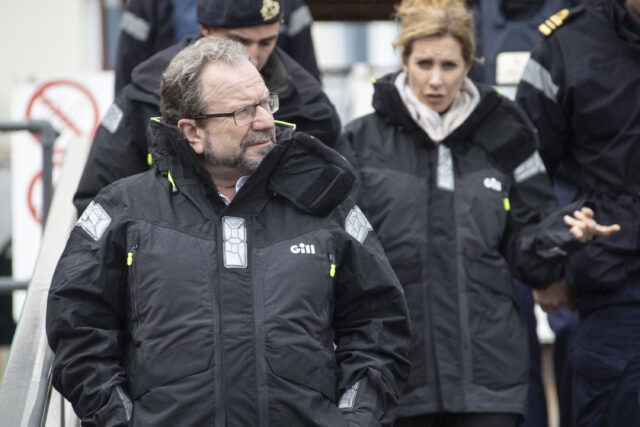 On returning to dry land Dr Cortes and Dr Mesilio were then hosted by Commodore Steve Dainton, Commander British Forces, for a working lunch to discuss investment in infrastructure on the Rock, and current and planned training opportunities.

The day concluded with a walk around the Tower, which is currently in the process of being refurbished. 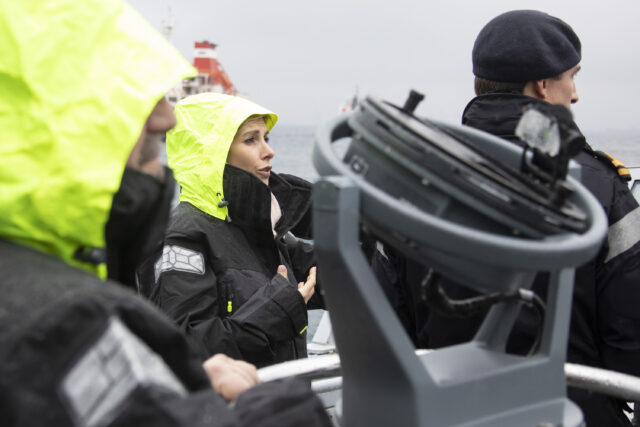 Major James Ekberg, the project lead, explained how cultural and heritage sensitivities had been taken into account whilst modernising the early 20th century building.

Commodore Dainton said: “As Commander of British Forces in Gibraltar it is imperative to me to have a close working relationship with the Government of Gibraltar.”

“We are investing in infrastructure across the Rock, and this investment comes hand in glove with addressing cultural and environmental concerns.” 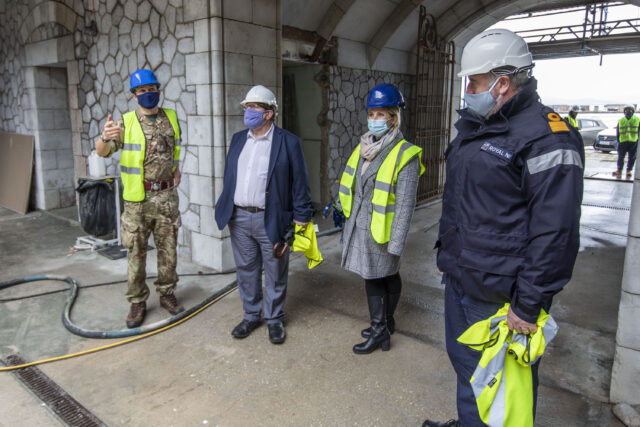