Over 80 Gibraltar and UK residents were ferried across the Strait of Gibraltar from Tangier to the Rock on Saturday, in the second repatriation operation organised by authorities in Gibraltar, the UK and Morocco.

The North African kingdom shut its borders on March 12 and remains under strict lockdown, leaving many people stranded.

In the early hour os Saturday, a ferry operated by FRS docked in Gibraltar carrying 57 Gibraltar residents and their eleven cars, as well as 25 UK nationals.

All had been collected from seven cities in different parts of Morocco and had been stuck in the country for the past two months.

The operation was led by the Gibraltar Government’s civil contingencies team and also involved British embassy in Rabat, the Convent and the Moroccan Community Association, as well as the Moroccan authorities.

All those arriving on the ferry were tested and will remain in quarantine, including the British nationals who will travel back to their homes in the UK over the next few days. 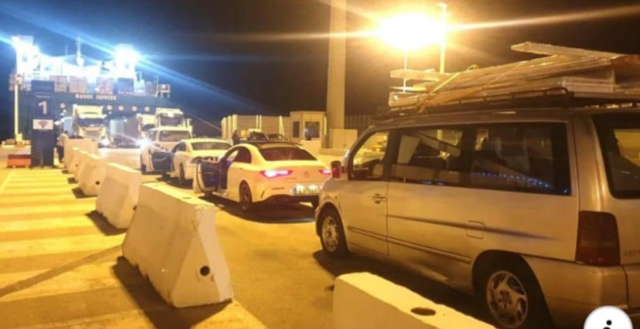 “There are now just six Gibraltarians in Morocco awaiting repatriation, several of whom wish to stay longer for welfare reasons,” No.6 Convent Place said in a statement.

FRS, Berthing and Unberthing and Gibraltar Pilots waived their fees in order to assist with the repatriation.

The 23 were ferried across the Strait of Gibraltar on the Royal Gibraltar Police launch Sir Adrian Johns and the Gibraltar Port Authority vessel Admiral Rooke, in a carefully-planned rescue operation coordinated by the Gibraltar Government, the UK Government and the Moroccan authorities.