Authorities in Gibraltar sent two vessels to Tangier on Friday to repatriate 23 Gibraltar-resident British nationals stranded in Morocco after the North African kingdom shut its border on March 12.

The 23 were ferried across the Strait of Gibraltar on the Royal Gibraltar Police launch Sir Adrian Johns and the Gibraltar Port Authority vessel Admiral Rooke, in a carefully-planned rescue operation coordinated by the Gibraltar Government, the UK Government and the Moroccan authorities.

A further three British nationals were also carried across the strait and allowed to cross the border into Spain, where they live.

Among the 23 were several young people who had been visiting families in Morocco when they were caught out by the lockdown.

Morocco has strict restrictions in place but all were finally allowed to travel because of welfare issues.

A further 38 British nationals are still in Morocco, waiting for the country’s very strict lockdown measures to be relaxed.

Some of those who remain in the country had originally planned to fly to Gibraltar on the scheduled service from Casablanca or Tangier but, these flights were cancelled at the outset of the Covid-19 crisis. 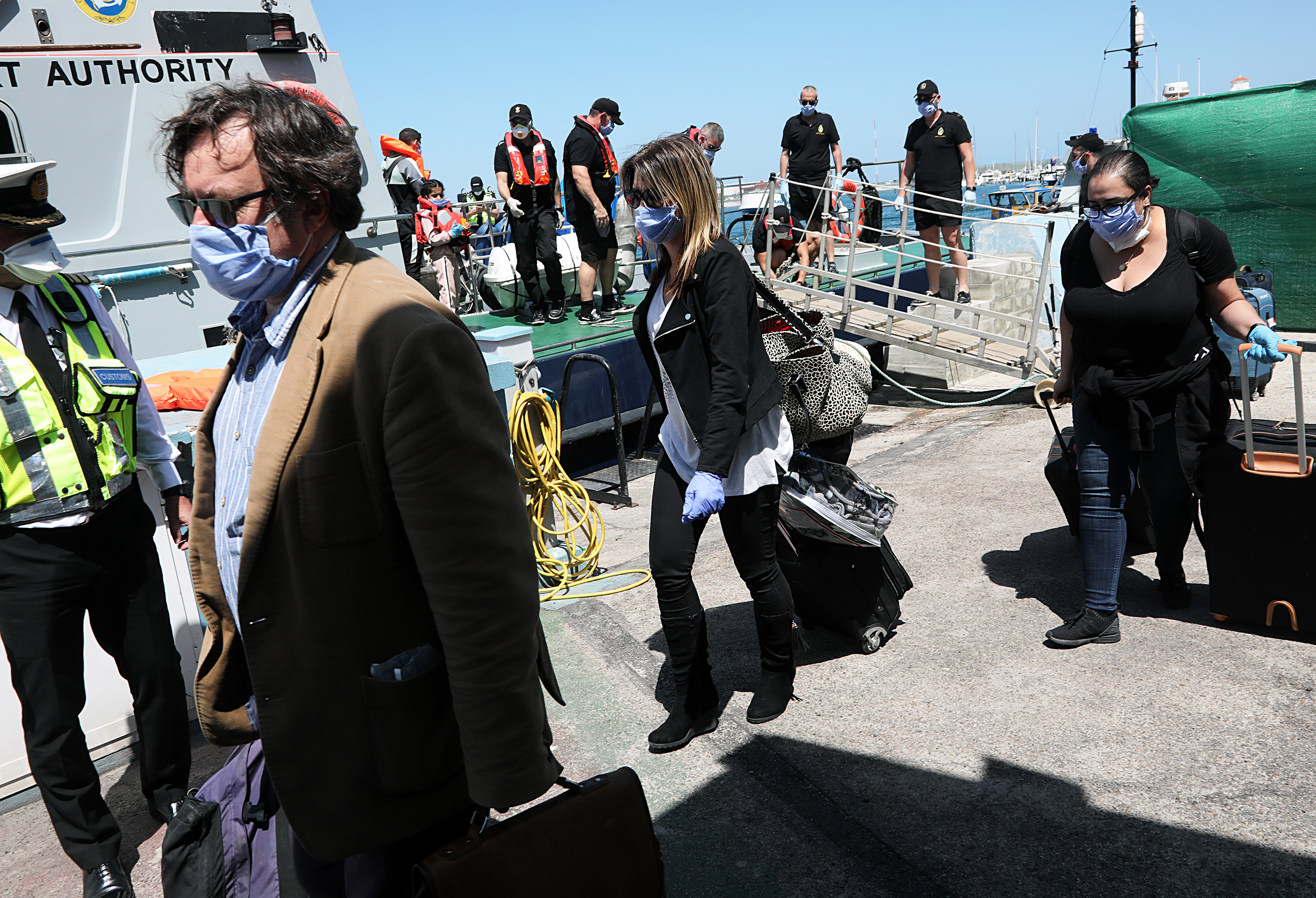 Lengthy negotiations with the Moroccan Interior Ministry were conducted by the British Embassy in Rabat, the Convent in Gibraltar and by the Civil Contingencies team at No.6 Convent Place.

Police and port crews wearing personal protection equipment remained on the vessels as the passengers boarded in Tangier.

On arrival in Gibraltar, Customs officers checked documentation and all passengers were swabbed and screened for high temperatures.

They are now required to self-isolate for 14 days.

“It has been a challenge to obtain all the necessary contact details, numbers and locations of all these people who were in various locations around Morocco,” said civili contingencies officer Tito Danino.

“We have been supporting their welfare needs and even sent over required medications to some. Ali Douissi from the Moroccan Community association has been instrumental in helping out with this.”

The Commissioner of Police, Ian McGrail, stressed that the request for assistance is another of a variety of strands which the RGP has been called upon to provide in the midst of the COVID pandemic.

“It is evident that the RGP’s role in the community extends beyond that of purely law enforcement,” he said.

“Being able to support Government’s intent to safeguard the interests of British Citizens abroad who have been unable to return home, falls very much in line with our overarching community engagement efforts.” 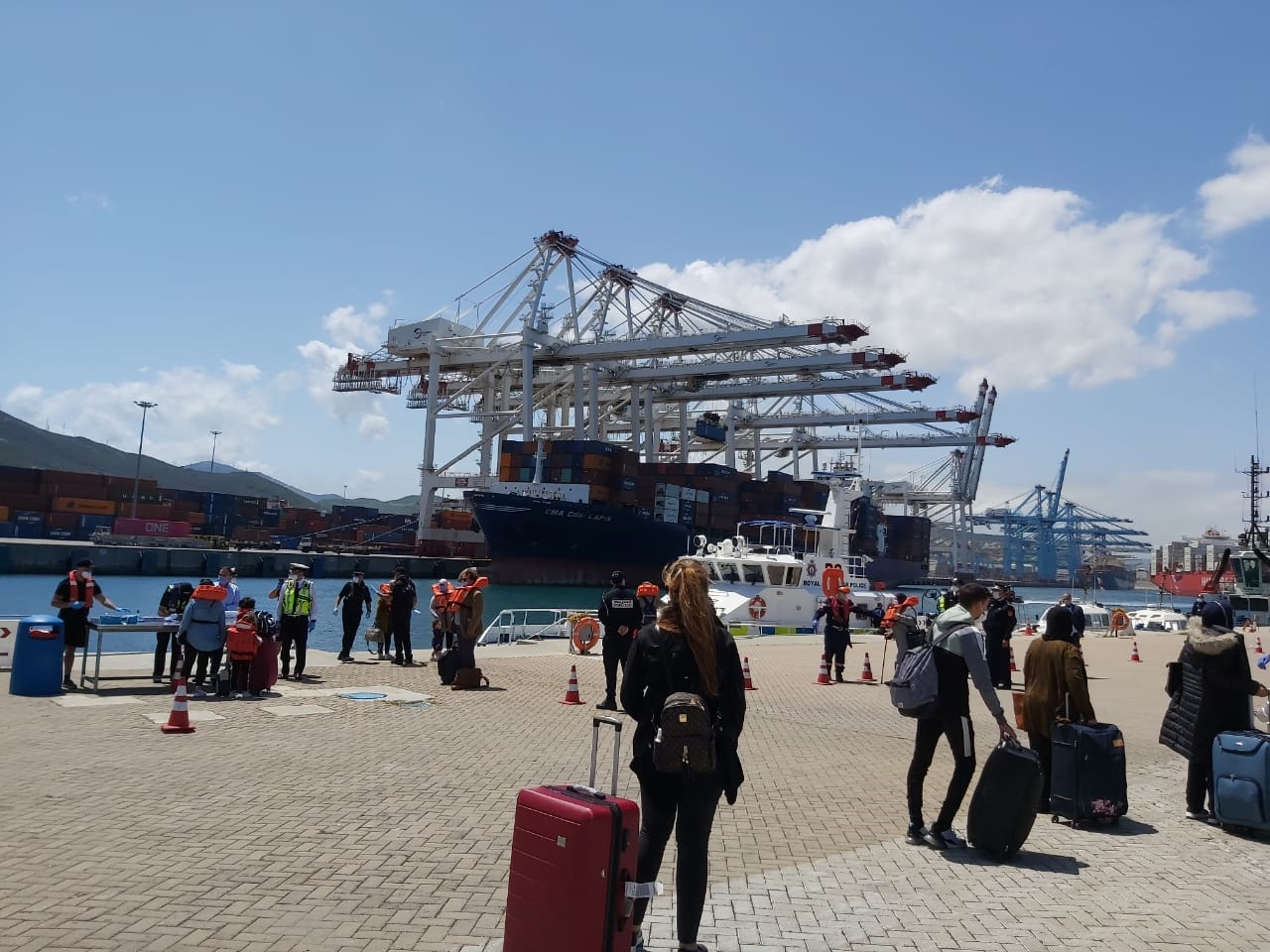 The Captain of the Port, Manolo Tirado, said: “Right at the outset, we offered our launch, the Admiral Rooke, to Government in order to travel to Tangier and to assist in the repatriation of these British citizens.”

“I am delighted to have been able to assist in this operation with my crew.”

A Convent spokesman said its staff had been working closely with the Gibraltar Government to assist Gibraltar residents stranded in different part of the world by lockdown measures in different countries.

“In most cases, this involved making sure they could access charter flights or other arrangements put in place to help British citizens return to the UK from where they could travel on to Gibraltar,” the spokesman said.

"The repatriation of Gibraltarians and other Gibraltarian residents from Morocco today has been the most complex challenge so far.”

“As many of the group were dual nationals, they were subject to stringent restrictions on their movements in Morocco and today’s successful trip has required many days of very close coordination with our colleagues in the British Embassy in Rabat.”

“The Embassy team secured diplomatic clearance for the RGP and GPA boats to dock in the Tangier Med port and were able to obtain exceptional permission for the group to travel to the port from different parts of Morocco on transport arranged for them by the Embassy.”

“We are very glad that we were able to help reunite families and loved ones in Gibraltar today.”

The Minister for Civil Contingencies, Samantha Sacramento, said: “The scope of the work that is undertaken at the Strategic Coordination Centre to ensure our safety at this time is extremely broad.”

“The Office has been negotiating with various entities over many weeks to make today’s repatriation a success and I must particularly single out Ernest Danino as he has been instrumental in this process and to whom I am grateful.”

“My thanks also to the Royal Gibraltar Police and the Port Authority and to each officer also from Customs and the Boarders and Coastguard Agency who made this trip today.”