The Ministry for Equality launched a campaign on Wednesday to mark International Day for the Elimination of Violence against Women, including a number of initiatives in order to raise awareness and combat domestic abuse.

In collaboration with the Royal Gibraltar Police, the Ministry of Equality has developed a video advert which will be aired on GBC as well as on social medial platforms.

The awareness campaign will also see the distribution of posters in various forms throughout the majority of public buildings and the GHA, including GP clinics.

In order to raise the impact and visibility, arrangements have been made this year to display the posters on bus shelters and on the back of some buses.

The RGP will also display the poster on the rear windscreen of two patrol cars.

Awareness at an early age is key and, as in previous years, schools have continued to support in an age-appropriate manner during the course of this month.

“We stand a greater chance to eliminate domestic abuse if we work from multiple angles,” the Minister for Equality, Samantha Sacramento.

“As such, training is essential, and awareness is equally important.” 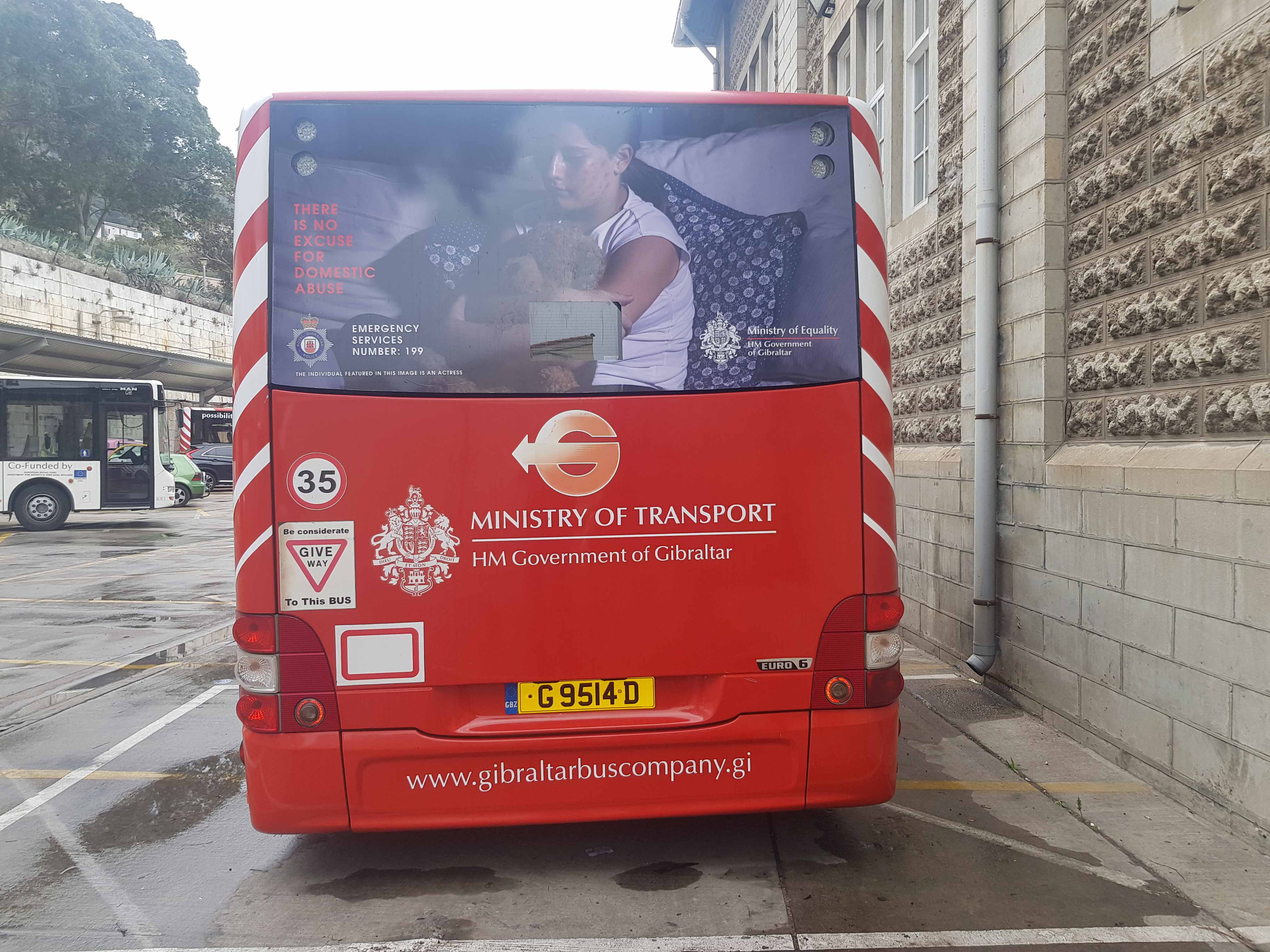 “The objective of our very visible awareness campaign is to remind our community that help and support are always at hand from the relevant organisations.”

“Importantly, our message is for those who are living in an abusive relationship or environment to call out domestic abuse.”

“We encourage that it be reported because they will be supported. We would also encourage friends and family to encourage anyone who they know is suffering to ask for help.”

“It is very reassuring to have this message being reinforced by the Royal Gibraltar Police in such a visible way.”

“The campaign seeks to highlight that the necessary help and support are available, as well as to create awareness of the different types of domestic abuse that people may be subjected to.”

“It aims to do away with the misconception that only women are victims. Domestic abuse can impact everyone in the family. We want to encourage people to take that first step and call it out.”

In another development, the Ministry for Equality has also launched specialist training to assist victims of domestic abuse.

The Freedom Programme is a very successful therapeutic programme that aims to provide victims of domestic abuse with a supportive, safe and friendly environment.

The programme examines the roles played by attitudes and beliefs on the actions of the perpetrator and the responses of victims and survivors.

According to the Ministry, the training will help identify the signs of domestic abuse and encourage the reflection required when dealing with these issues.

The Freedom Programme was created by UK-based Pat Craven who has drawn upon her work with perpetrators of domestic abuse.

Among the facilitators with Pat Craven at the launch on Wednesday were Christine Ashton as well as domestic abuse campaigner Rachel Williams.

The training session is a three-day bespoke programme and is being delivered virtually. 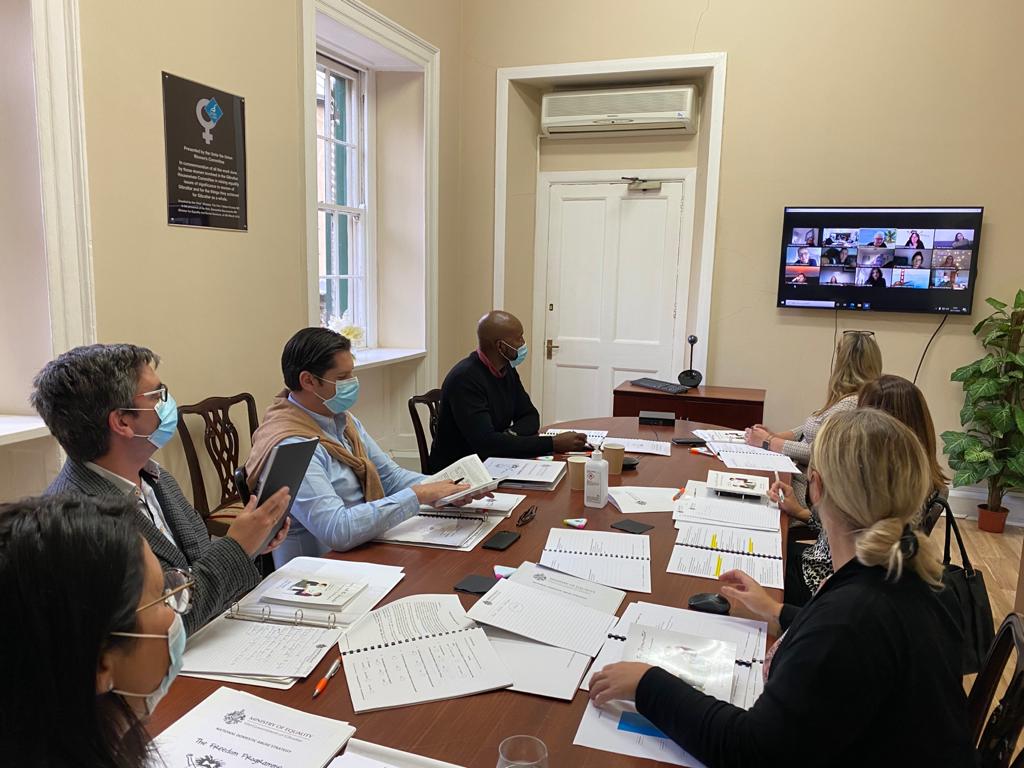 The initial session was attended by the heads of all key stakeholder departments that form part of the Gibraltar’s national domestic abuse strategy and deliver therapeutic and support services to victims of domestic abuse.

The aim, according to the Ministry, is to establish a consistent and holistic policy in the delivery of such therapy throughout Gibraltar.

This therapy has been successfully used by the Care Agency since 2014 and the Ministry said it was important to expand it throughout the public sector to ensure a wider reach.

“I believe this training will be imperative to those who provide practical and therapeutic support for victims as they will acquire specific skills and techniques in this area,” Ms Sacramento said.

“The aim of this initial session is for all the key heads of department to acquire a good understanding of the Freedom Programme so that together we can work on the strategic implementation of it throughout all relevant departments so that it can have the maximum reach.”

“The programme will thereafter be rolled out to all those who offer support so that they are properly trained in delivering it.”

“Today also marks International Day for the Elimination of Violence against women, emphasising the need to raise public awareness of the support that is available as part of our strategic approach to this.”

“The objective of our strategy is to build a society that has zero tolerance towards domestic
abuse and to be able to support victims and their families.”