by James Culatto
After a sold out show last October the Musicians Association of Gibraltar is back with another tribute to the 90’s rock scene to be held once again at the iconic Ince’s Hall Theatre. The first edition was a real throwback to the Seattle ‘Grunge Scene’ and the musical aftermath of that highly regarded era with artists such as Pearl Jam, Alice in Chains, Nirvana, Incubus and Skunk Anansie all getting covered along with tributes to The Red Hot Chili Peppers, Oasis and The Offspring. 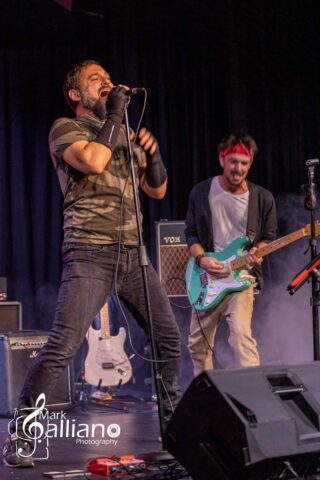 This second edition introduces a few more of the 90’s biggest rock songs and will see covers of Metallica, Green Day, Blink 182, The Cranberries, TLC and The Fugees. Taking on the challenge of doing these artists justice will be one of the oldest established punk/rock bands on the rock, The Sugar Plum Fairies, the extremely talented Lorena Rodriguez and recently formed Sideline, fronted by Nicky Borda.

Returning to the stage are Gibraltar’s very own funky monks, The Otherside, who as the name suggests will be performing some of the Red Hot Chili Peppers biggest hits from their 90’s catalogue, albums such as Blood Sugar Sex Magik, One Hot Minute and Californication.

The Lithiums, comprising of members of well-known local bands Orange Peel, The Return of the Punk Zombies and Dead City Radio will be diving head first into the Nirvana Nevermind and In Utero, the band that is often cited as the first band to really explode in the 90’s will get their tribute in full this time round.

The Uninvited will be taking on the task of paying tribute to 90’s megastar Alanis Morisette who’s album Jagged Little Pill is considered by many critics and fans to be one of the defining releases of the decade.